No one can accurately describe what Joni Waka does, or who he is. Joni Waka is a strange man. An underworld figure living in Tokyo, who speaks eight languages and can curse effectively in twelve.

On the streets of Tokyo, you will often see him walking around Ginza or Daikanyama wearing hats and bright clothes, with a Rhodesian ridgeback at his side. He grew up in Manchuria, went to school in India and has lived between China and Japan for over 30 years.

Today in Tokyo he conducts art tours, hosts famous artists and develops edgy events. We wanted to uncover how Joni Waka, a Sephardic Jew with Japanese passport, had become a conduit in the art world.

Recently visiting Sydney to promote a film at Sherman Contemporary Art Foundation, he sat down with us for 20 minutes to tell me about his life, his famous forearm tattoo and the art film he stars in, by Magnus Bärtås. 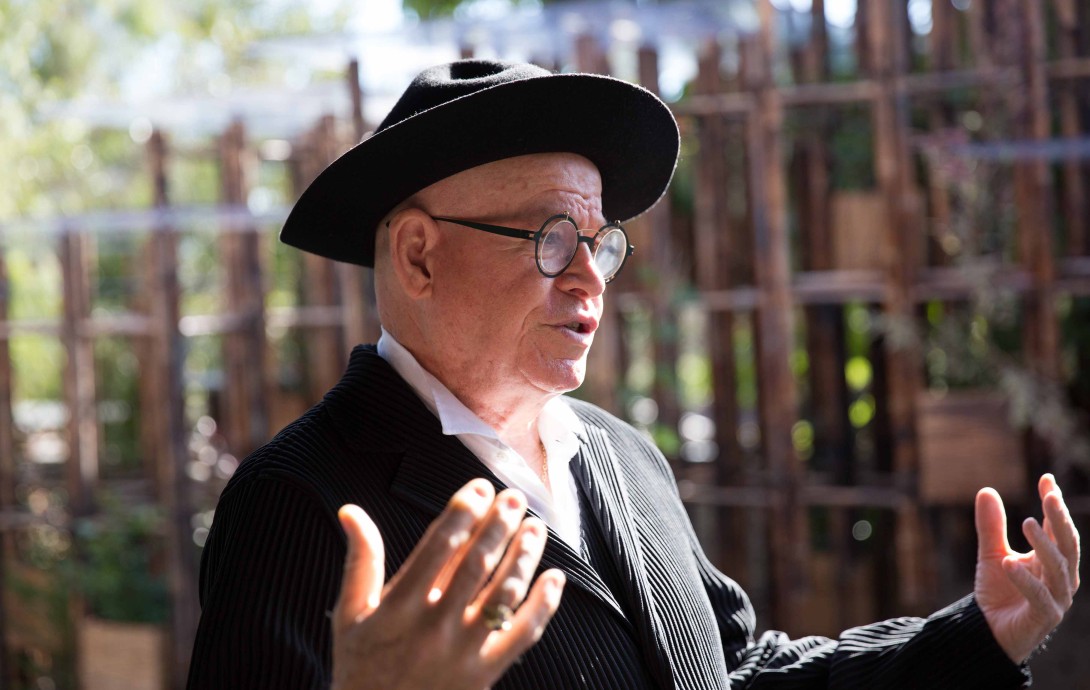 How do you describe what you do?

How often do you stage projects?

We are very organic and spontaneous. Our events could be once a month or once a week. Each time we provide an audience and a big party with 200 or 300 people. We don’t advertise, we have a following. It’s mainly jungle drums, you know?

Why is visual art important to you?

For me, all art is about celebrating life. Art is like my religion. Just like religious people go to their church or temple every night, I go to art openings every night. My motto is: the wilder the better. 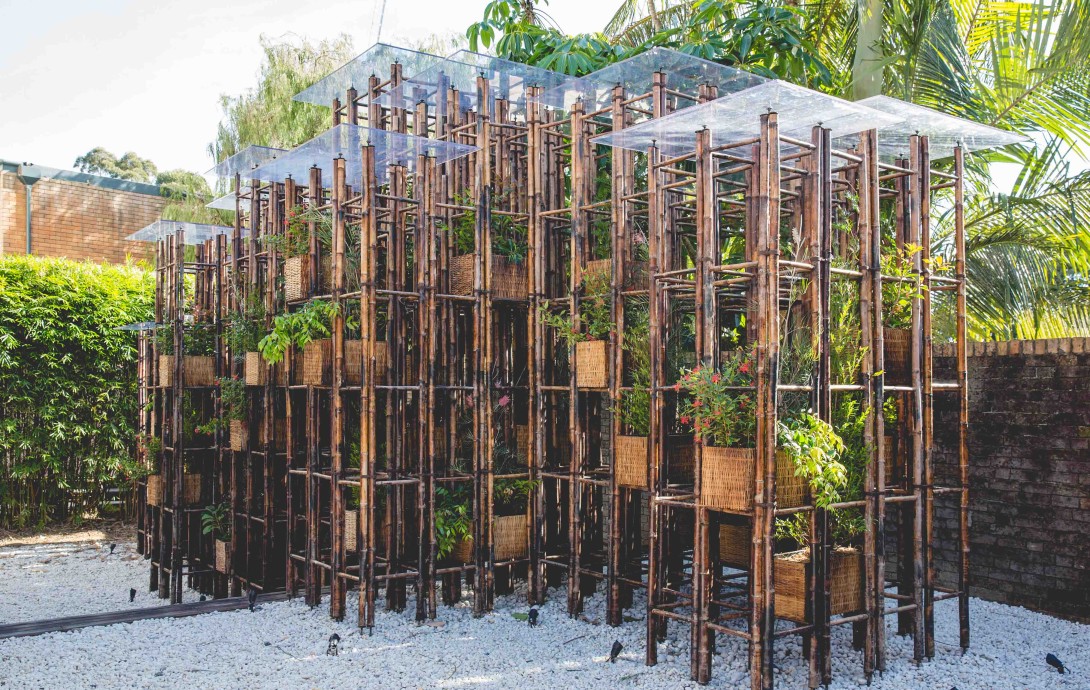 What is your relationship to Gene Sherman, Director of the Sherman Contemporary Art Foundation in Paddington?

Gene Sherman and I met through fashion. We met about 30 years ago in Tokyo. She was often coming and collecting the Japanese fashion designers like Yohji Yamamoto, Comme des Garçons, Issey Miyake and other young emerging designers. We also share the connection of being migrant Jews, her coming via South Africa, London, Australia and my family going to Asia – we share this sort of secular, migrant Jewish history. We are also connected because of our interest in the arts. We have similar interests in more cutting edge art and love to uncover what is at the forefront of contemporary art.

How did the film about your life The Strangest Stranger come about?

The guy who made the film Magnus Bärtås is very well known in Sweden where he practices art and is also a professor at the leading art university in Stockholm. Because I am a Jew with a Japanese passport, I was intriguing to him. In all of his work, his main reoccurring theme is identity. 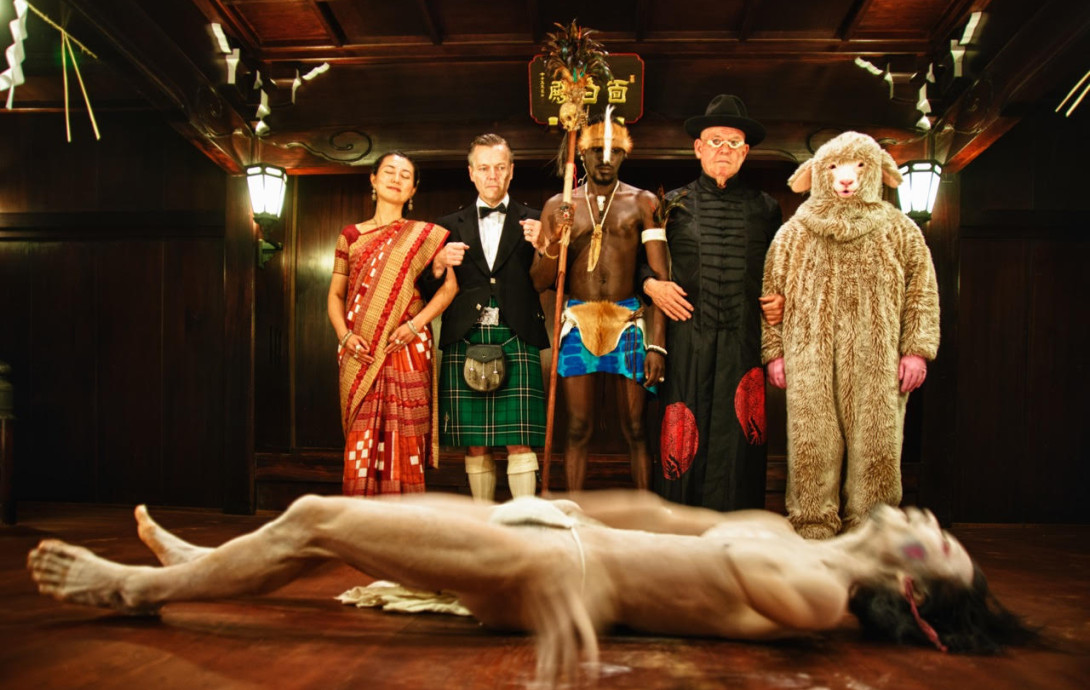 The film is conceptual and a bit abstract. He interviews people in the film about rumours and gossip about me.

Why are there so many myths about you?

In Tokyo everyone knows me. Everyone knows the dog too. It is sort of the case that the myth is bigger than the reality though, of course.

The home I am most famous for is the Dog House, which was designed by the American conceptual artist Joseph Kosuth. It is a big loft type warehouse and it looks like a giant dog house. Joseph Kosuth is famous for using neon in his artwork – so inside and outside the house had 21 huge neon type signs with famous quotes about dogs all over it. It no longer exists, but we are looking to rebuild it either in Tokyo or Australia as a place for art residencies with all of the original artwork. 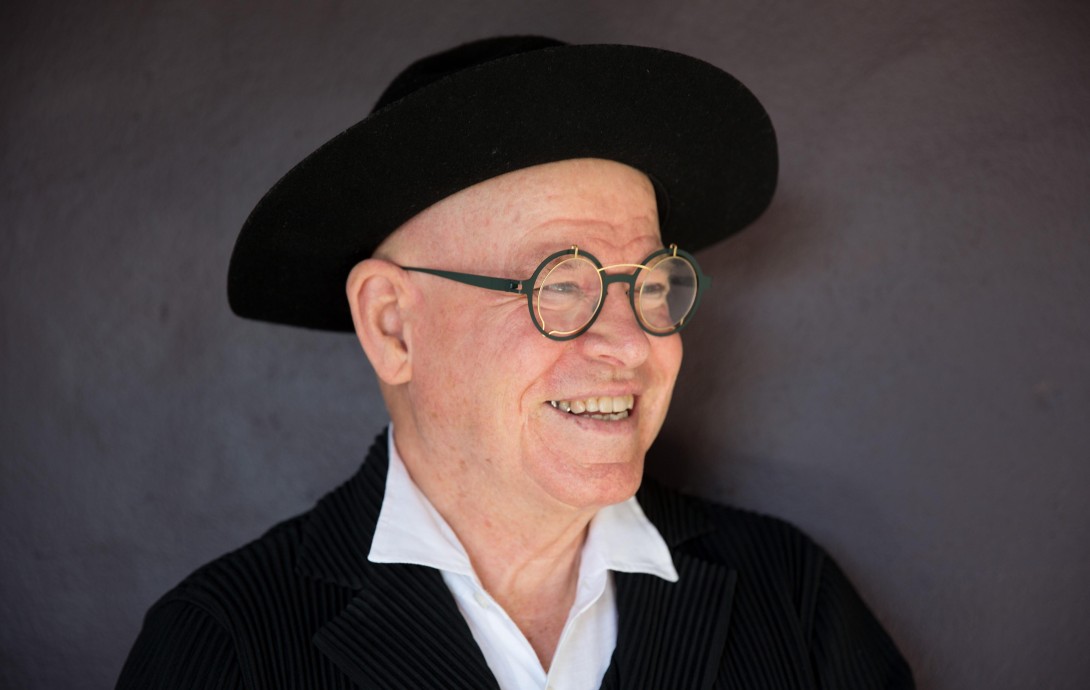 What is your favourite part of Tokyo?

Every day I criss-cross Tokyo, but the best area to live is the Daikanyama Naka Meguro area where I have lived for the last 10 years. Daikanyama is at the top of the hill. It is like the inner-city Beverly Hills, but it’s not nouveau riche like Beverly Hills. It has a cool mix of young edgy and luxury.

Do you host many Australian visitors on your famous tours of Tokyo?

Yes, plenty. The Australian appreciation for the Japanese aesthetic is very high. They come over constantly.

Why do you think Aussies love Japan so much?

Tokyo and Japan both tend to be a playground for the wealthy. Whether they are coming to Japan for food or even for the young emerging designers and artists, Aussies come mainly for the aesthetic sensibility and the best food in the world. And also the skiing, the hot springs and the spas.

Are Aussies really looking to deep dive into culture when they come to Tokyo?

Yes, I think in Australia, you don’t have a refined ancient craft. Not one that has been continually refined, continually re-invented into a contemporary form like the Japanese have. It’s a bit like Americans going crazy for royalty. There is something missing in your culture and you find it in Japan. 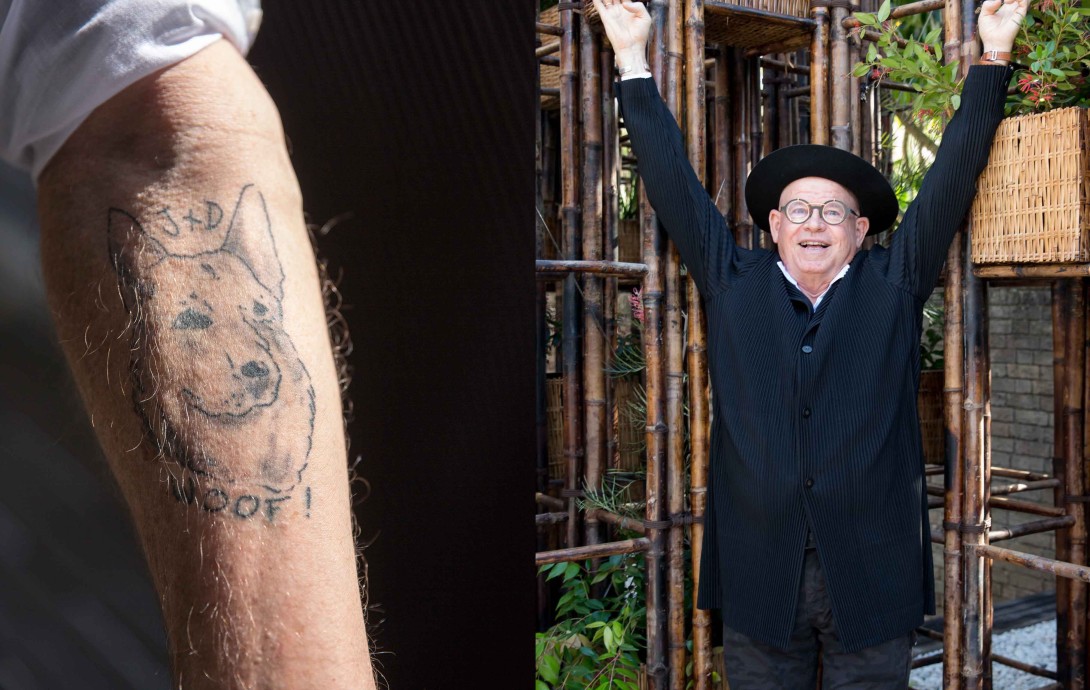 Tell me about your one and only tattoo?

The night before my film screening two artists Jake and Dinos Chapman asked me to meet them in Amsterdam so they could give me a present. When I arrived they said they had arranged an appointment for me with a master tattoo artist and chosen a design. It was a picture of Hitler’s dog Blondie. Because I am Jewish, they thought it would be fun and ironic for me to have a tattoo of Hitler’s dog and I, of course, agreed. It was meant in good humour.

I do and I don’t. I love to push myself to the edge to find out who I am or what I am about.