Stepping inside Don Cameron’s private space is like being transported to a wildly eccentric home in Milan or Rome. His home-come-gallery is both exotic and precise. In his office, tribal masks from the Congo and 80’s ghetto blasters sit-side-by side. Each object has a story and a little history attached to it.

“My style is all about creating dialogues between unrelated pieces,” Don says softly. “I like creating unexpected tableaus and sometimes I like staging objects on their own strength,” he says.

Don is the visionary stylist and designer behind some of the most memorable interiors at Hotel Hotel in Canberra. And for one of his next projects, he is to help create the new Fratelli Paradiso restaurant when it opens in Tokyo this April. 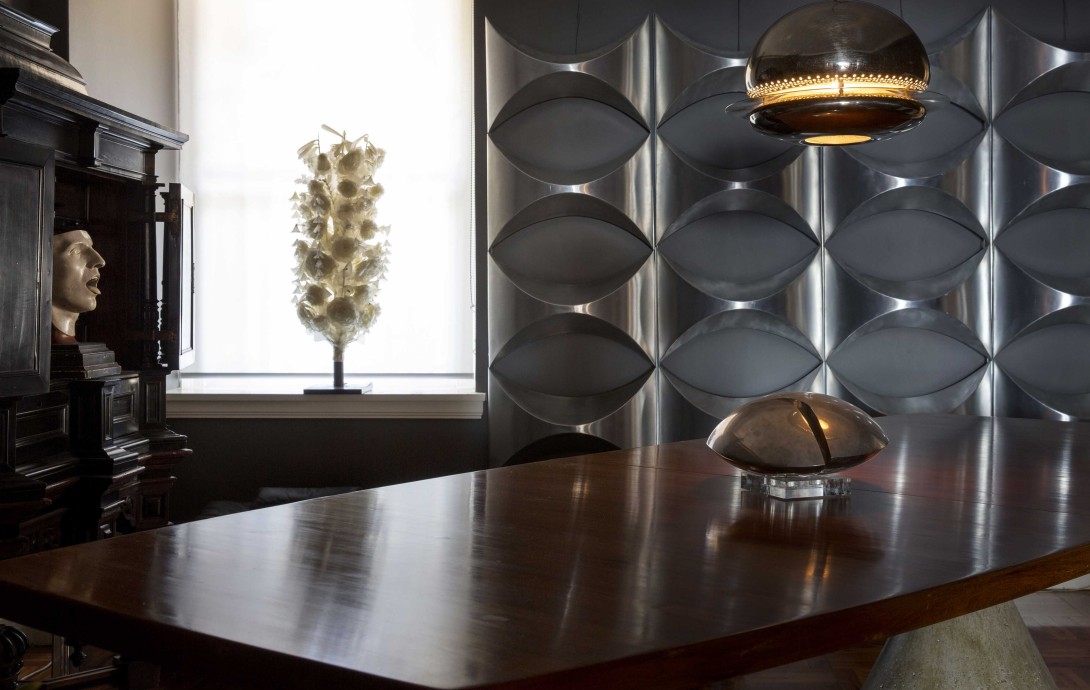 Don Cameron’s space in Point Piper is laid out like a gallery. Moody rooms sit side-by-side with sun drenched parlours that take in sweeping views of Sydney harbour. There are high ceilings and curved walls, with large picture windows that flood the space with natural light.

As I quickly discover, Don’s approach to furniture and interiors is radical and emotionally complex. It is all about controlling a special mix of inputs. He works more like a film director, carefully ensuring the mis en scene is right for each frame. But Don has finally left filmmaking and started compiling whole interiors for private, commercial and hospitality clients.

“I really approach things as small scenarios and we become the characters within it. Because in a sense we are using our homes and offices as the stage, as the platform upon which we live our lives,” he says. Don is not just interested in the form and function of lighting and furniture – Don is a master of creating mood. He is most interested in how interiors can collect memories and build scintillating narratives.

As a young artist who studied in Australia before doing his honours year in film at Central Saint Martins College in London, Don worked in reverse – asking screenwriters to create narratives based around the images he saw in his head. Then as a student filmmaker he was lucky enough to live with a Swiss-Italian collector and gallerist in London who owned the furniture store CO2 in Camden.

His friend Claudio Holdener, performed on Don, what he now calls, ‘a very exciting, reflective, colourful and sculptural intervention’. “I was really exposed to shapes and colours and materials – plastic, lacquer, letter, wood, polyurethane – things that were vacuum-formed or cast or chromed. This had a lasting effect on me,” he says. 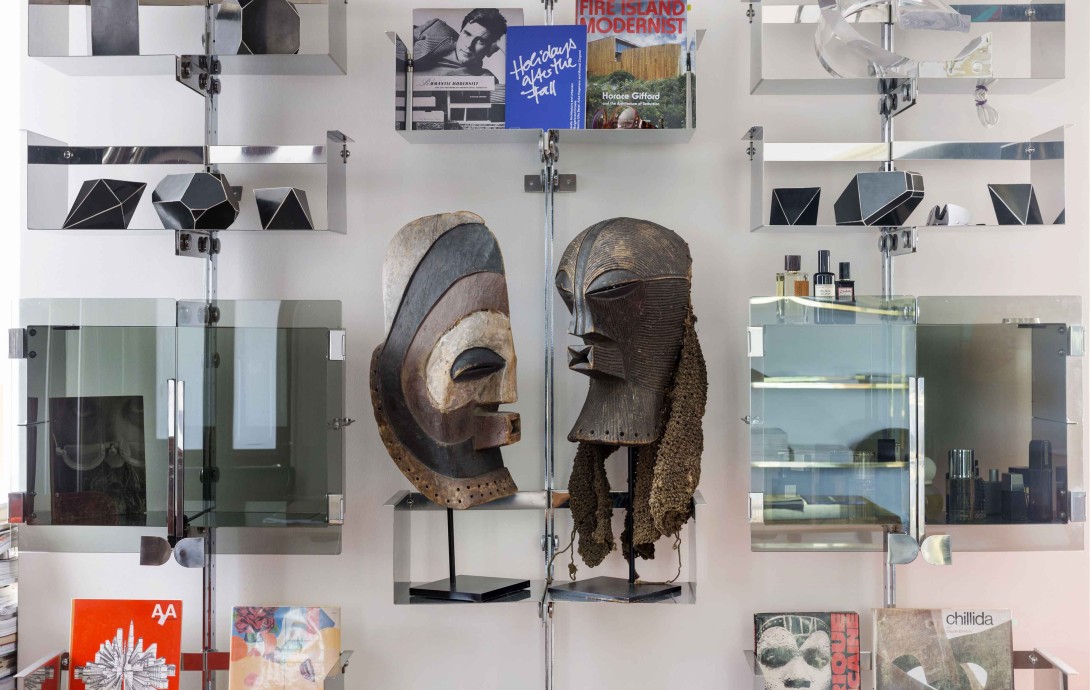 Everywhere you look, there is a combination of the minimal and the messy. Even the mineral water we drink is served on a modular sculpture. And there presiding over it all, like a magician, is the towering figure of Don Cameron.

Don is also still strongly influenced by film. “I am inspired very much by an Italian genre of film called Giallo. Which is: Dario Argento Mario Bava; Lucio Fulci; Aldo Lado. This is a genre of film that was made in the late 60’s and early 70’s and the thing I love about this genre of film is that it seems to be a celebration of everything that was living and contemporary in Italy at the time. It has a Euro-Jazz score plus the latest cars, fashion, interiors and cultural ideas that were contemporary at the time. Just a lot of beauty in the frame,” he says.

In fact, he says in the early days of making music clips for bands like Blur and Moloko it was his perception of the role of furniture on celluloid, that helped him to crystallise his design style.

Living and working from Australia, Don laments the typical Aussie attitude to furniture. He says we are spoiled by the great weather and often view the task of buying a sofa as ‘a hassle that needs to be solved’. “In Australia there is a tendency for people to shy away from decorative interiors and by decorative I mean furniture that has character, furniture that’s aesthetically inventive and/or challenging,” he says. 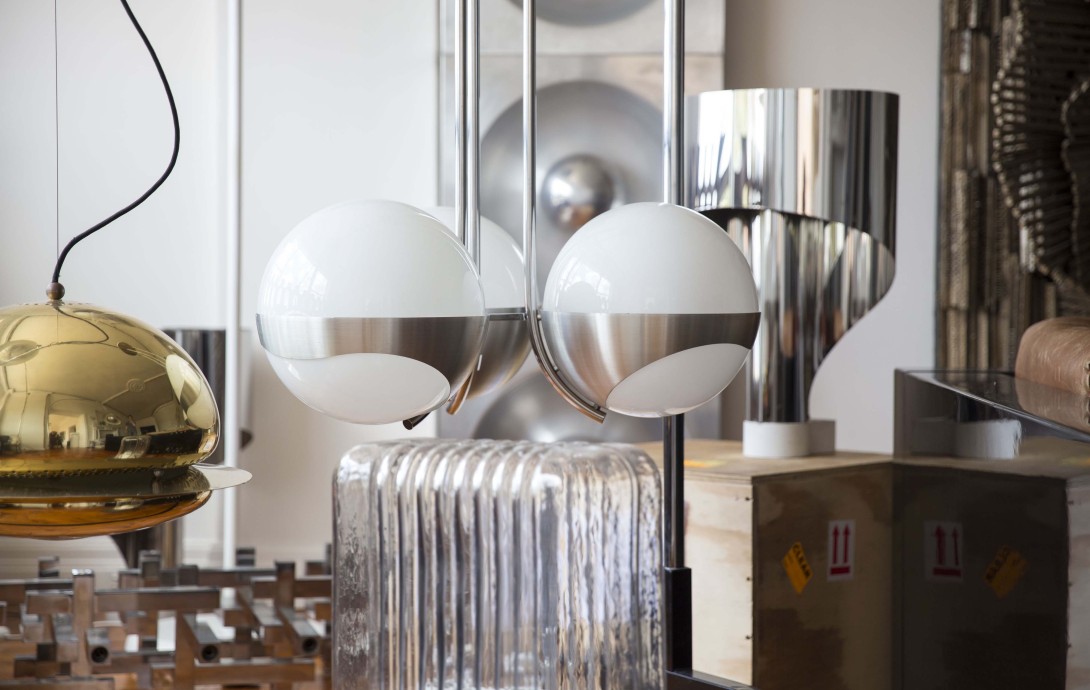 A wall mural of minced up chains covers one wall, while a totally chromed brass floor light called the ‘Giraffa’ sits eccentrically in one corner. He hovers over the objects and picks them up, rearranges them and demonstrates how they are made.

Don’s latest business of supplying historic design to private clients is no accident. “I am really reacting to the mass produced or reproduced culture. My collection criteria really begins with ‘is the piece a unique piece or has it been produced in small numbers by small ateliers’,” he says.

“I really love to be sourcing things, meeting collectors, meeting dealers, seeing their collections and understanding where they are coming from. The collectors I am dealing with in Europe are really quite eccentric about what they have around them and how they choose to live. I love it. Some of them are drowning in their own inventory.

“I have collected a dealer network in Europe and in South America and Los Angeles, so now I am doing a container from Europe and North America each year and the lens that I look through when I am travelling is for the unique. I like to be around things that are unique. I think there is a return to nostalgia and I think nostalgia is best communicated through historic design.”

Still amongst all the chrome, leather and brass there is a softness to Don’s style. A very sixties, subdued sensualism that really permeates his whole look and feel. From the music he plays, to his encyclopaedic knowledge of the pieces he collects, you can’t help but feel you have fallen into Don’s world and you never want to escape. 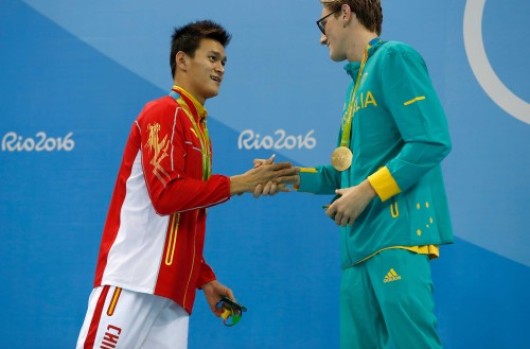