Watching the Rio 2016 games, there was a lot to take in. It was a seething petri dish of social experiments. A barometer for all that’s changed in the last 4 years. All the big archetypes were there: the Russian Bear, Chinese Panda, American Eagle and Aussie Dingo. It was great to see nations fighting it out on the world stage. There was Olympic spirit in spades, but there was also a lot of pan-cultural argy-bargy.

Rio was plagued by many of the issues we see on TV each night. It had crime, gender politics, pin-up stars and drug cheats. This year athletes also shared more of their more human side with us. It was also a very public games, with many swirling Twitter storms and social media stampedes included in the buzz. Crowds got involved from their smart phones and athletes had a true voice.

So how did each country live up to its over generalised national archetype? And what does their behaviour tell us about the state of geo-politics?

First, the good stuff. This was without doubt the rainbow Olympics. 50-60 athletes officially ‘came out’ at the Rio games. We had a gay marriage proposal for the female Brazilian rugby team; a U.S Swimmer with two Dads and a South African competitor from the most confusing part of the LBTQI movement, intersex. 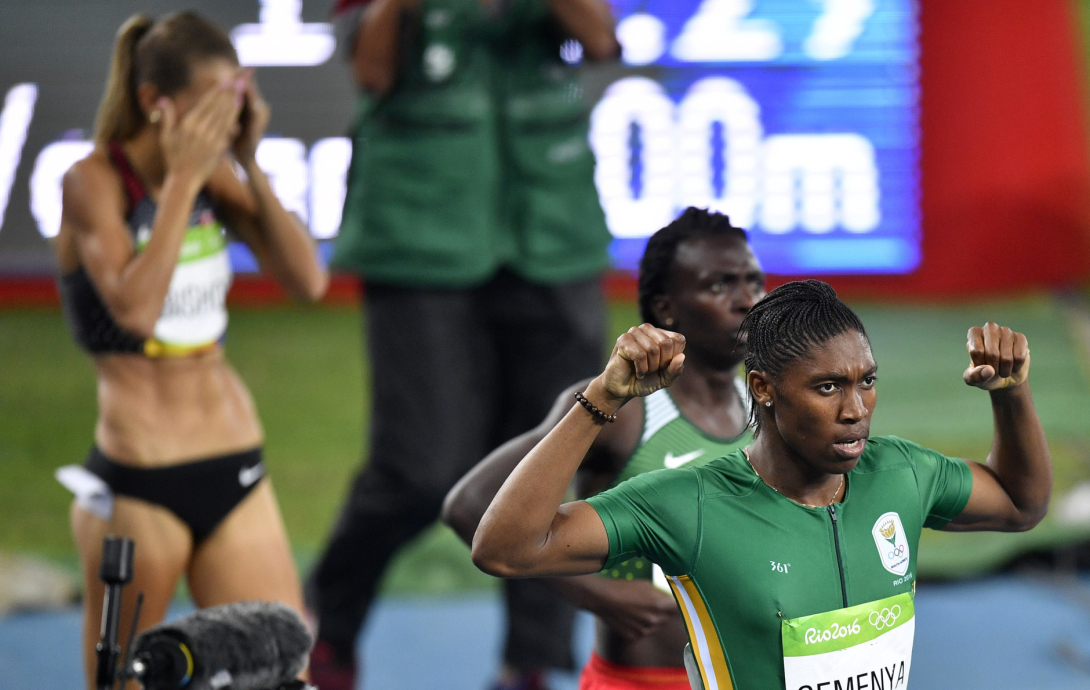 It was a scandalous Olympics. While synchronised swimmer Anna Voloshyna from Ukraine did a strip tease that went viral; Usain Bolt twerked with a drug-lord’s widow at a nightclub and Ryan Lochte made it all up. Like something from an episode of 90210, US Swimmer (and stud) Lochte invented a story about being held at gunpoint and robbed, when he actually got busted vandalising a petrol station on the way back from a party with his mates.

Russia, quickly lived up to Putin’s reputation as a hard man, when the International Association of Athletics Federations (IAAF) disqualified more than 100 competitors days before the games commenced. The ban included the entire 68-strong athletics team – until Darya Klishina was allowed to compete in the long jump at the last minute.

Though many competitors were pushed out for ‘state sponsored doping’, just days before the opening ceremony a Russian official used his Jujitsu moves on a Rio street mugger to kill him. This seemed in-character for Russia. Despite all this drama, Russia still topped the medal tables, showing strength in hand-to-hand combat sports like fencing, judo, boxing and wrestling. The Russians also hauled home a bunch of medals in gravity-defying gymnastics.

Russia remains much like Zeus, a strongly masculine archetype that favours control. They dominate with ferocious force and massive ego. Russians also support a win at all costs attitude. Just as their doping was condemned, NATO members have also condemned Russia’s “annexation” of Crimea and its continued destabilisation of eastern Ukraine in violation of international law.

China on the other hand, the giant Panda – known in the past for her stoic silence and soldiered team – this year took on a slightly different profile. Known for playing the long game, this year it was fascinating to witness a more modern China come out to play. There was a slight softening of Chinese athletes who appeared on TV. Periods were talked about on live TV thanks to swimmer Fu Yuanhui and wedding proposals were staged next to the podium between members of the dive team. 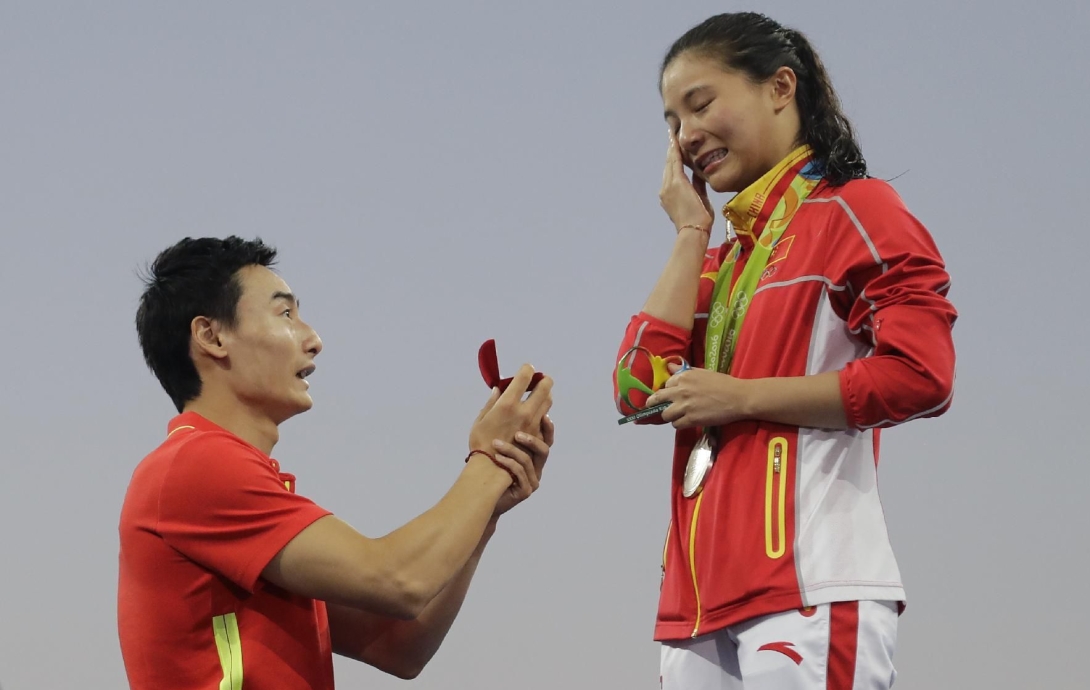 Again the human side of romance connected the Chinese teams back to the latin crowds. China’s He Zi in shock and tears when boyfriend and team-mate Qin Kai proposes to her. Image courtesy of Yahoo Sports.

That was some of the more amusing stuff. However, we had a real problem when Irish boxer Michael Conlan lost to Russian boxer Vladimir Nikitin. He and many others claimed AIBA, the Amateur International Boxing Association were “f-ing cheats”. Conlan even tweeted directly at Russian president Vladimir Putin and accused the world leader of paying off the judges in Rio! 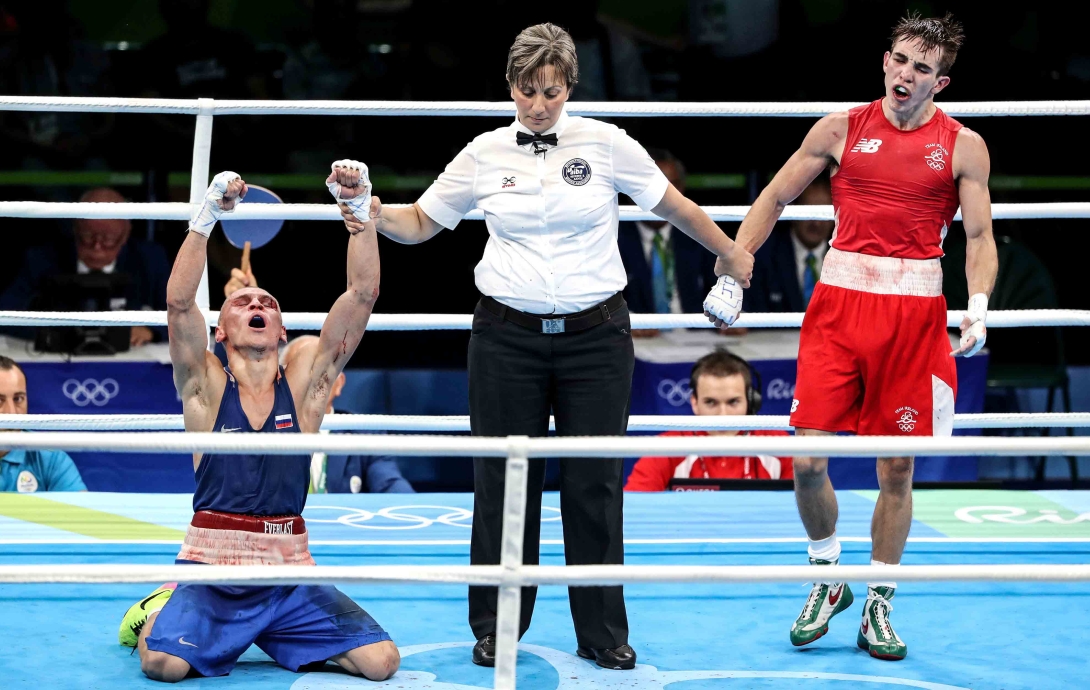 Did anyone else notice a lot of heckling and crowd response this year?  Booing, hissing, tears and kissing – it was hard to miss the home crowd’s brazen opinion of athletes. Brazil’s Latin temper was hot and the crowds even hotter. Emotion was everywhere. Case in point Neymar Jnr.’s tears after bringing it home for Brazil in the football final against Germany and Rafaela Silva audibly weeping, after her gold medal in the judo. This was a ‘favela to podium’ glory at its finest.

Brazil is so complex as a country archetype. It embodies the classic master, slave, addict personality – showing elements of both conqueror and survivor. It also possesses hedonistic Dionysus. Just as with their famous Carnival, Brazilians show a unique ability to put their cares to one side and party. Rio also showed us that Brazilians have a national identity that goes way beyond political ideologies. Their connection as a nation and forward looking attitude is inspiring.

Brazil’s Neymar Jnr. in tears after kicking the penalty shoot out goal in the football final against Germany. Image courtesy of Gazzetta World.

Then there was the good old U.S of A – ever dominant despite the divisive Trump/ Clinton presidential battles raging at home.

Old Uncle Sam showed the mighty athletic brilliance we have come to expect from the hulking American Bison, with USA taking on it’s overbearing squeaky clean father figure demeanour in the global community. In Rio the glamsquad floored us when Simone Biles took home 4 gold for gymnastics, while Michael Phelps proved transcendent, when he took home 5 gold medals from the pool. 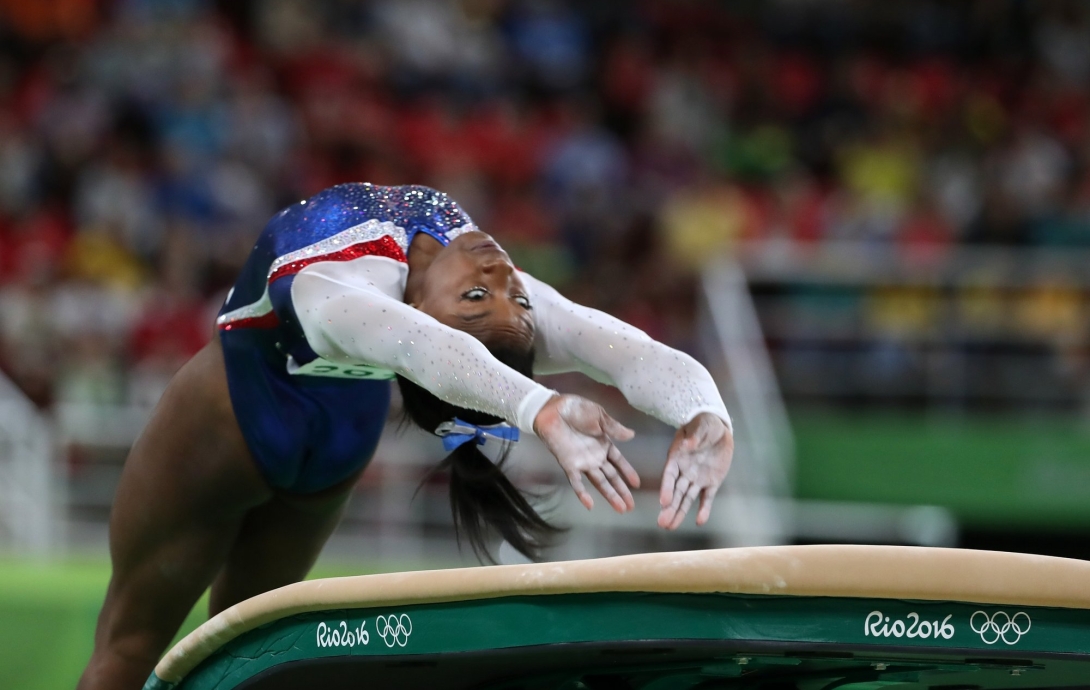 Britain was also remarkable this year. Though 2016 hasn’t been an easy year with Brexit unfolding and Article 50 yet to be invoked, to Britain’s credit, they have just kept on.

This was seen nowhere better than in the winning attitude of runner Mo Farah, who won his semi-final 5000 metre race despite being accidentally tripped by a training partner.  Like a true Brit, he showed the merits of a stiff upper-lip and got up and kept running. This year Britain gave great performances in swimming, cycling, rowing and canoeing.

Over the ditch, France the ‘Philosopher of the West’ did well in boxing and athletics, while diligent, perfectionist Japan continued to be dominant in Judo, wrestling and table tennis. Germany killed it in the precise events like equestrian, athletics, canoeing and shooting, while Italy won gold in activities appropriate to a Tuscan castle; shooting, fencing and judo.

As for South Africa – so long defined by the sentencing of Oscar Pistorius and the violent era of Apartheid, it once again stopped the world when Caster Semenya’s qualified for the 800 metres and everybody wanted to watch it.

But it was peace and love, not controversy that got us reaching for the Kleenex. Like the moment Jamaican king Usain Bolt won the 100 metres dash (again) and when South Korean gymnast Lee Eun-ju, 17, and North Korean Hong Un-jong, 27, paused to snap a selfie together during a training period in Brazil. Even though their home countries are in dire opposition and could possibly be on the brink of nuclear war one day – they found common ground at Rio 2016.

Much attention was also paid to two incidents between Arab and Israeli athletes. In one incident, a Lebanese bunch of athletes refused to share a ride on a bus with Israeli athletes, and in another episode, an Egyptian judoka refused to shake hands with his Israeli competitor after a fight. Clearly not all sportspeople can compete in a political vacuum.

But overall in 2016, it felt that despite politics or race, drugs or gender, our young athletes had more in common than ever before. After all Olympians are really one breed. They process and relate to the world through their bodies and their fitness and beauty inspire us to greater heights. They show the kind of self discipline and commitment to self improvement that most suburban alcoholics could use a healthy dose of. Athletes gave us their all.

Brazil went all-out to make the games a huge success. And it meant more because they did it despite political limbo, economic recession, pollution and the threat of airborne diseases. They did it despite crime from the fringe, corruption from officials and all the conservative global nay-sayers.

Some people (mainly Canadians) may say the Olympics is just another patriarchal relic of the old world; a glorification of sporting war. Detractors could even point out how the games are designed to favour rich nations with large populations. But most people, just like to sit back and enjoy the games for what they are: a chance to get irrationally excited about sports.