Haunting and beautiful, intricate yet morphing, his art explores the many state of change in which nations, people and the human species often find themselves.

Born in Ghana and living in Nigeria, Anatsui is also in a state of change. He is currently regarded as the most significant living African artist working on the continent today, and in April last year he was the recipient of Golden Lion, Lifetime Achievement Award at the 56th Venice Biennale. 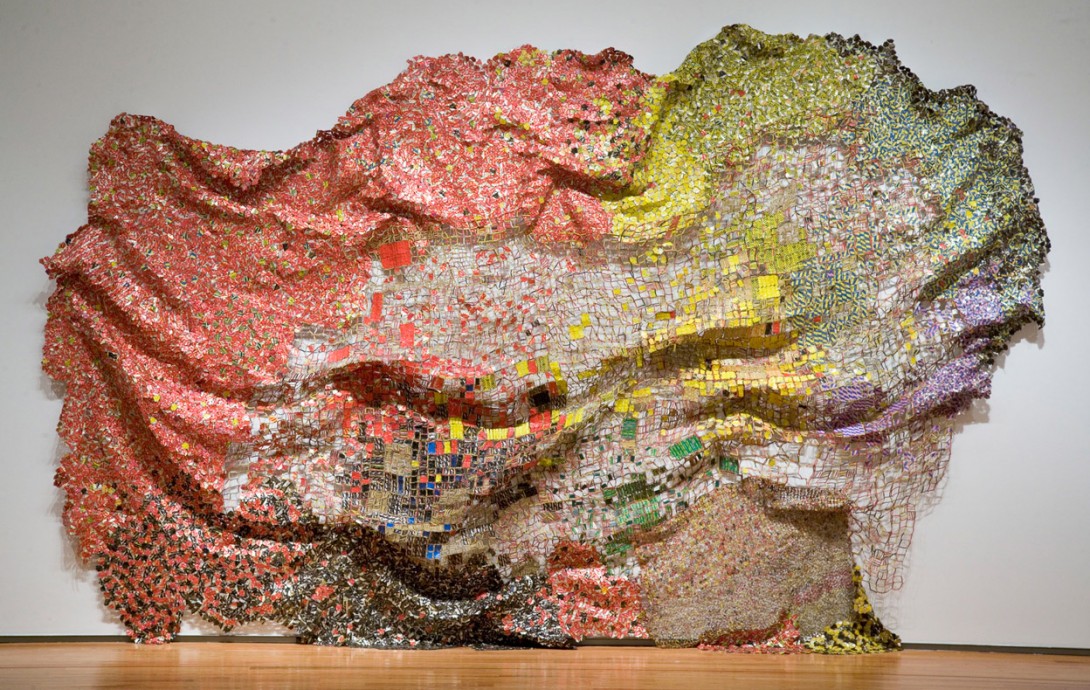 Shimmering with the detritus of modern life, Anatsui’s poignant works examine human consumption in a mesmerising way. His works question the various physical landmarks that waste generates on earth and explores how humans adapt to cultural change.

Luminous and weighty, highly fabricated yet malleable, his assemblages are made from discarded objects. His favourite materials include found wood, old aluminium printing plates, tin boxes and liquor bottle tops. His most famous large-scale metallic curtains are comprised of thousands of little bottle tops, woven together with copper wire. 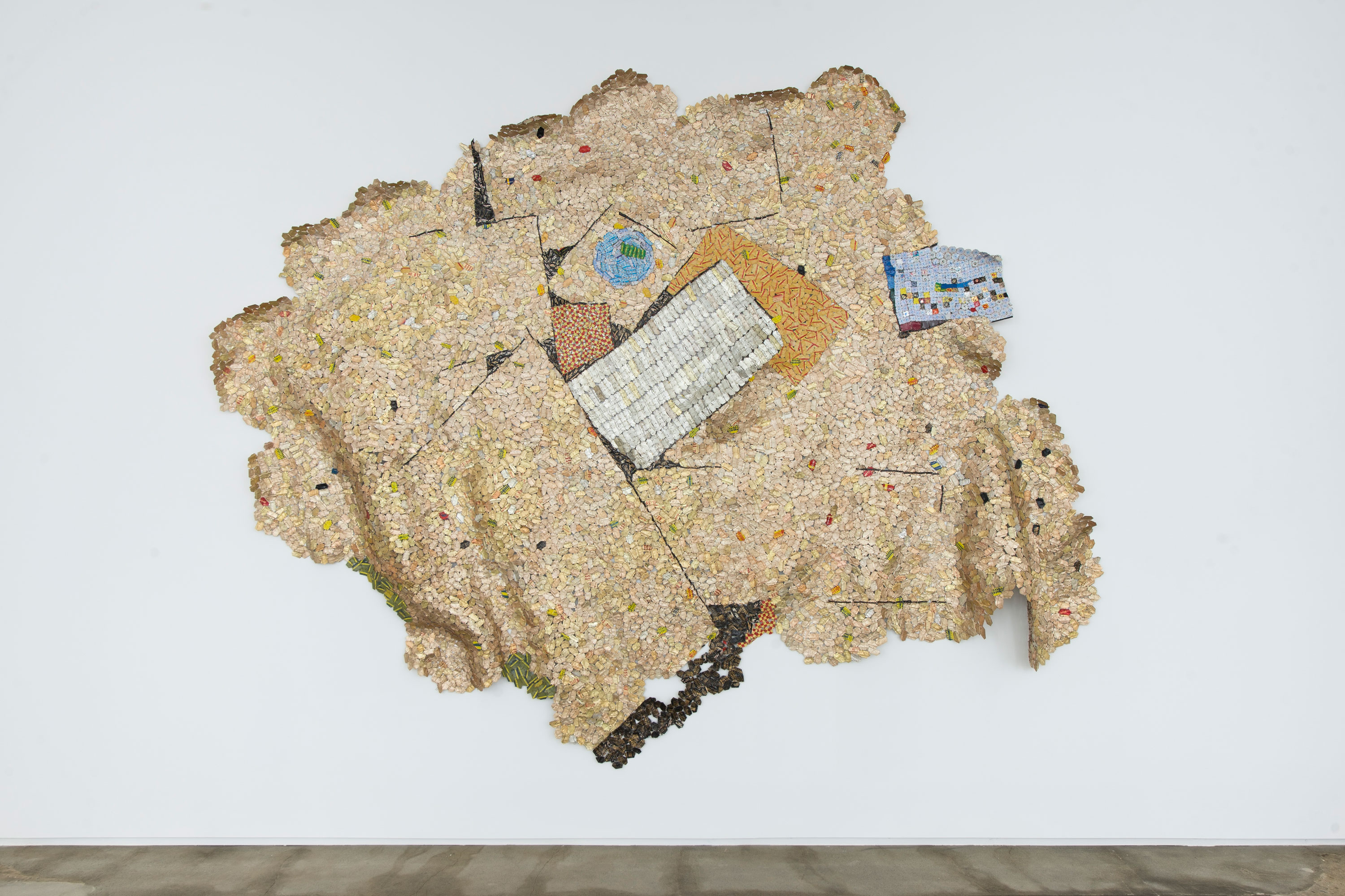 Carriageworks now presents Five Decades, Anatsui’s first ever solo exhibition in Australia with special assistance from the Anna Schwartz bequest and visual arts partner, BresicWhitney. To present a large survey of his work right now is a curatorial ‘coup’, according to Carriagework’s curator Beatrice Gralton. She says Anatsui’s universally compelling themes of transition and cultural erosion will resonate strongly with Australian audiences. 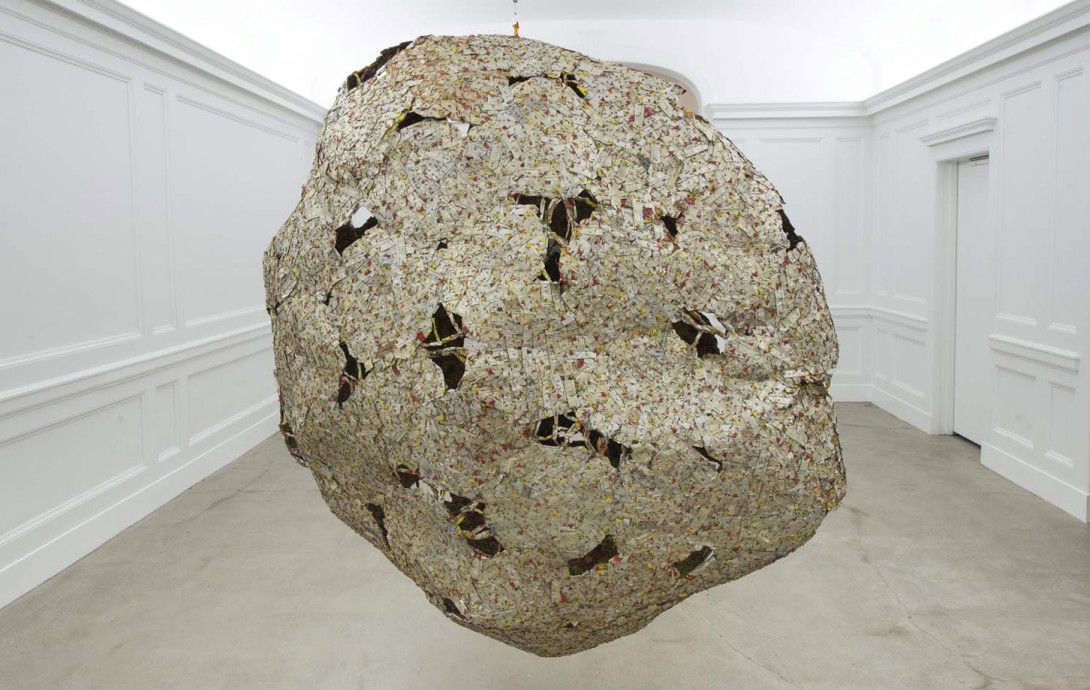 “His sculptures, especially the metal curtains can be read as encrusted skins, the surface of the earth seen from satellite or semi-abstract landscapes,” explains Gralton.

“He is just someone that engages directly with the issues in Ghanaien and Nigerian contemporary history and these issues have a strong universality. Certainly his large-scale assemblages cause very, visceral reactions,” she says.

Despite her calm appearance, Gralton has been working ‘round the clock’ to stage this ambitious program in time for the opening with the artist on 13 January. The arrangement and hanging of Anatsui’s work will be a complete surprise to all when it is finally revealed. Unlike some artists who are pedantic about the way there work is presented, Anatsui takes the opposite approach.

Anatsui’s adaptions of the rich visual culture of Africa reaffirm that art is never stagnant nor determined, rather it is part of the changing rhythm of contemporary life. 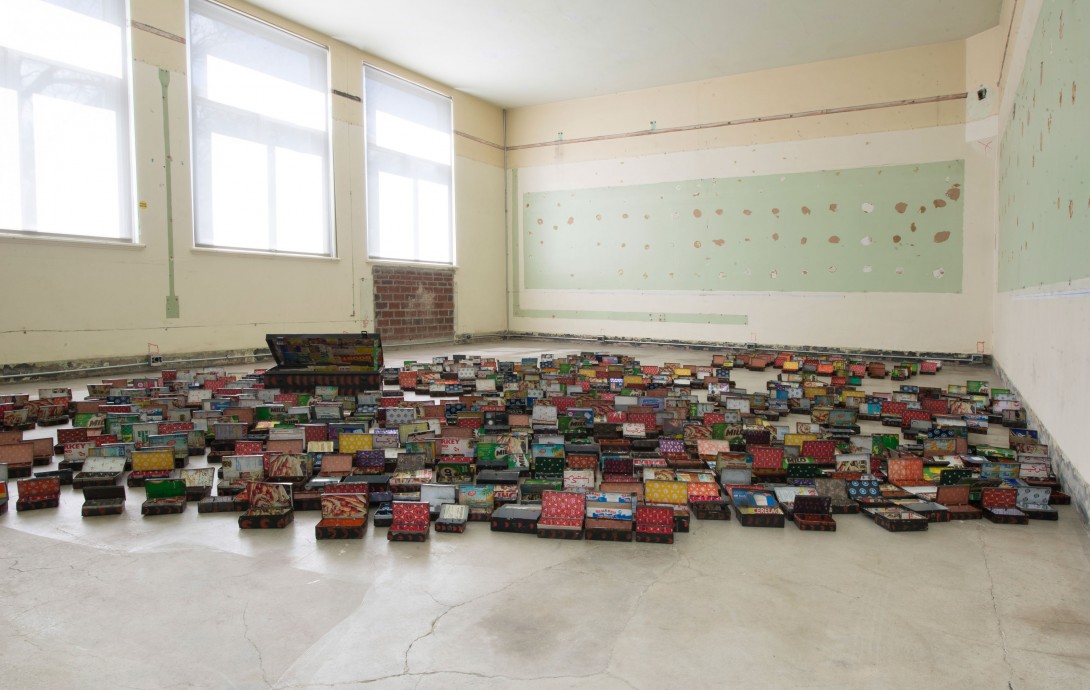 “Anatsui’s work is never static, in fact he really pushes the presenting venue and curators to  arrange the work in way that is has never been presented before,” Gralton says.

The setting of his large works against the industrial backdrop of Carriageworks main foyers is therefore eagerly anticipated as one of the key visual arts moments of 2016 in Sydney.

El Anatsui runs from 7 January and will run until 6 March and it is FREE to the public.