The wicked romance of Sydney

She’s better-known for flashiness than grit but Sydney has a unnerving history lurking beneath the sheen.

Her streets have fostered prosperity, misery and everything in between. Unendingly immortalised in books film and TV series, every tour of our notorious streets should start at the beginning. Of her curious neighbourhoods, here’s our pick.

The Rocks was Sydney’s first pocket of bedlam and intrigue. Filled with colourful hustlers and ex-convicts, the best drama centred on Harrington Lane. This is where the notorious Rocks Push street gang dominated in the 1870s. 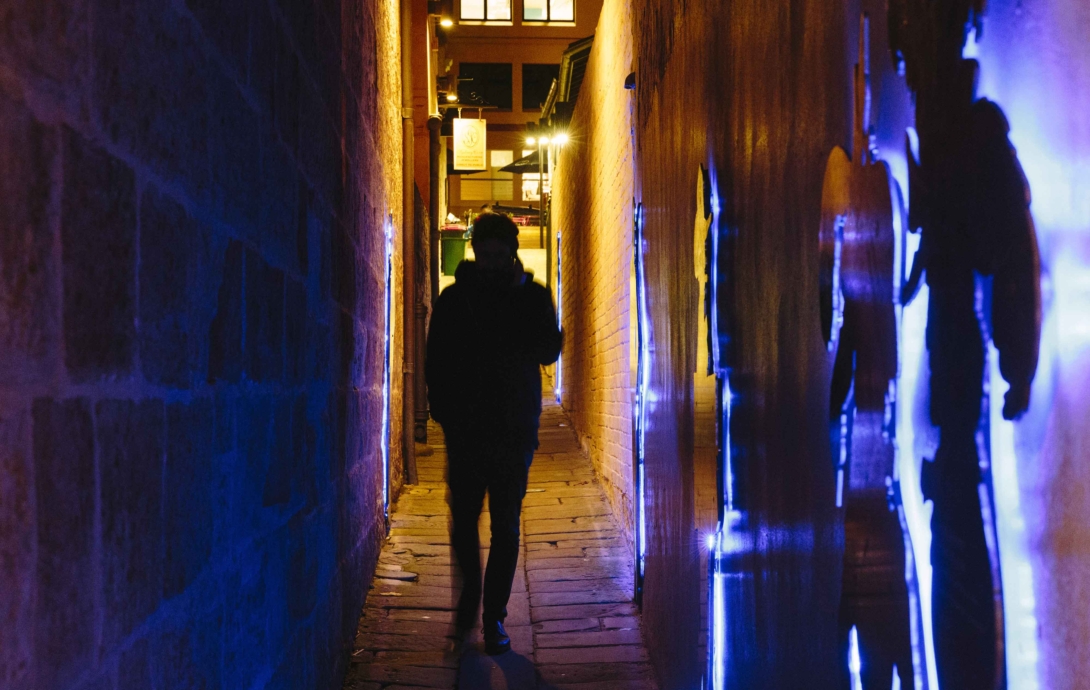 The gang battled its rivals for turf and hung about the brothels and opium dens. Female members and prostitutes would lure naive new sailors to the lane to be assaulted and robbed. It remains an eerie narrow walkway many Sydneysiders have never seen.

Later in the 1880s it was all about love over in Ultimo. If you’ve ever spilled out of the unassuming Lord Wolseley Hotel in Bulwarra Road, you’re treading on what’s arguably Sydney’s first gay strip.

Preceding Oxford Street and before the slang ‘gay’ was ever assigned, publican Thomas Leahy embraced Wolseley patrons from a nearby fairground who would frequent the ‘ladies parlour’ after hours, a protected space for the local gay community to gather.

The colourful little pub on the park is still preserved in a different era. Cheers to that.

Sydney’s cocaine binge blew into town by the 1920s. It arguably began at the corner of Crown and Devonshire Street in Surry Hills, where Trinity Bar and Essenza Italian now sit.

A chemist at 556 Crown Street would dispense the pharmaceutical without too many questions and it would be on-sold in surrounding slums. It became the drug of choice for prostitutes. 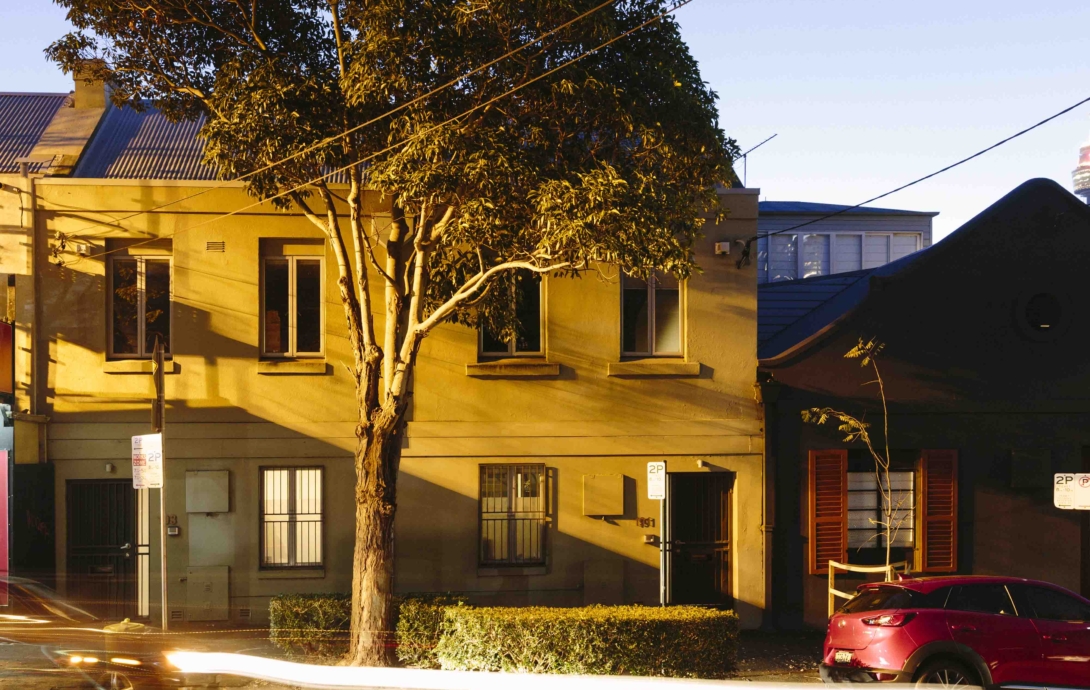 This played into the hands of the local madams. Immortalised in the TV show Underbelly, Tilly Devine (of 191 Palmer Street, Darlinghurst) then made the area famous for brothels and ‘razor gangs’. At the height of her reign she ran around 20 bordellos in East Sydney, Kings Cross and Woolloomooloo.

Meanwhile, fellow madam Kate Leigh controlled her turf 2 blocks away in Riley Street. Her biggest sly grog shop was at 212 Devonshire Street, which was a cafe until recently. It’s a few doors uphill from the Shakespeare Hotel. 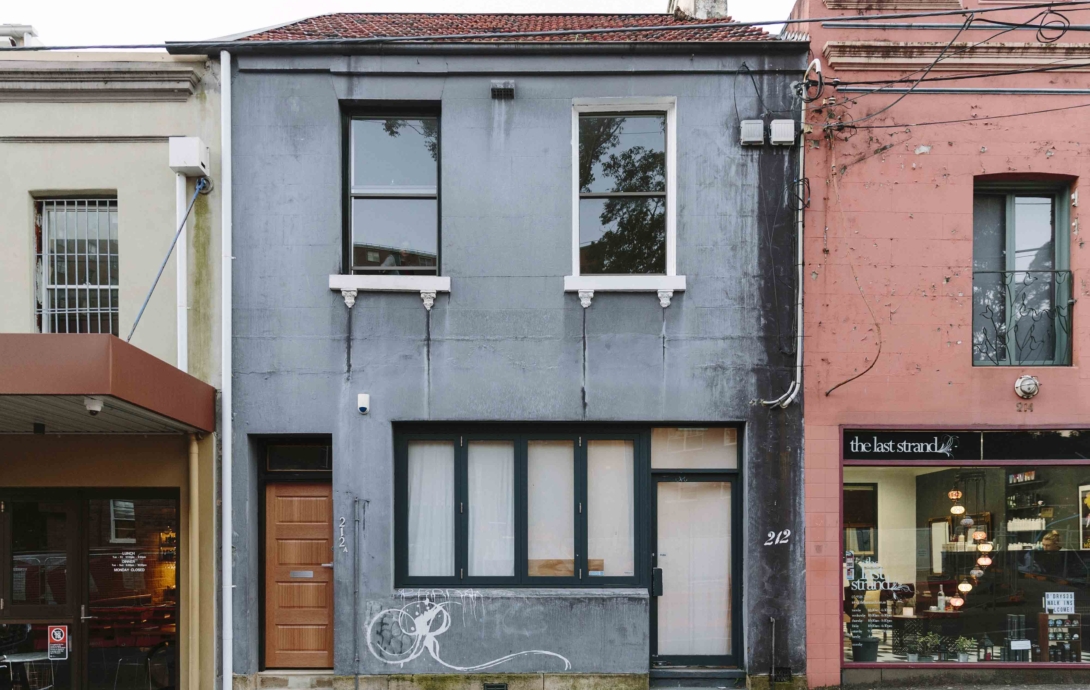 Adjacent the coolest French restaurants of the time, Kings Cross brothels made up most of Kellett Street and several still exist. Look out for a sign at the corner of Bayswater Road that remembers the August 1929 riots at the height of Leigh and Devine’s feud. Around 40 mobsters clashed with with razors, guns and bottles.

Those roaming brawlers traveled from the corner of Riley and Albion Streets in Surry Hills, or Frog Hollow. This was another slum filled with shanties dedicated to gambling, drug dealing, prostitution and stolen goods. This slum became parkland, preserved for the public to enjoy. 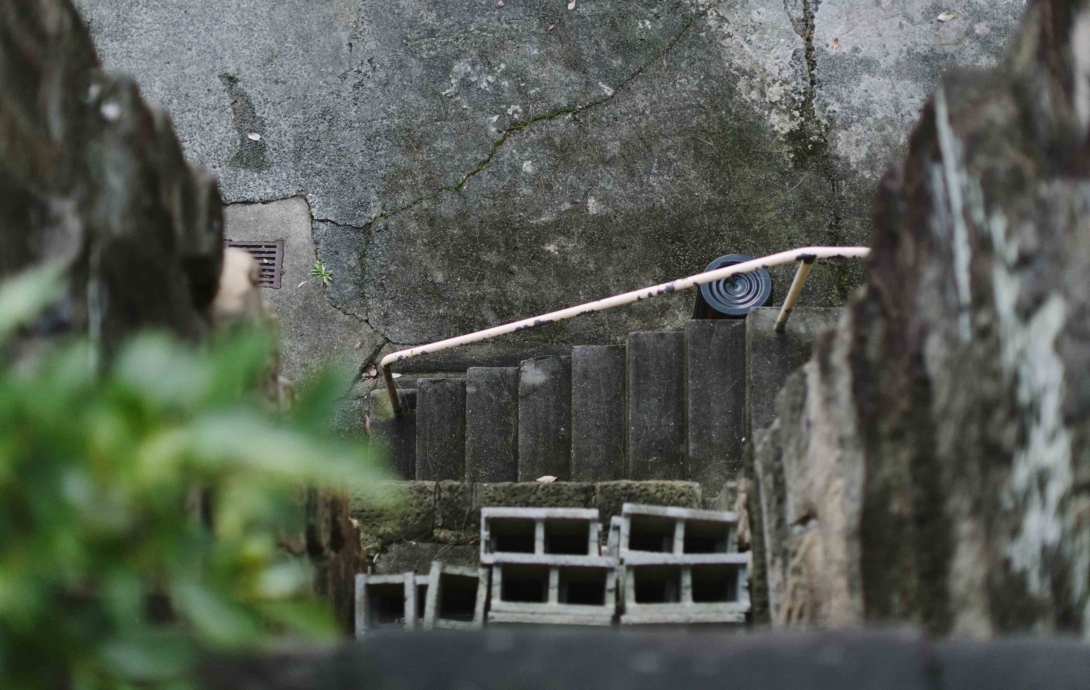 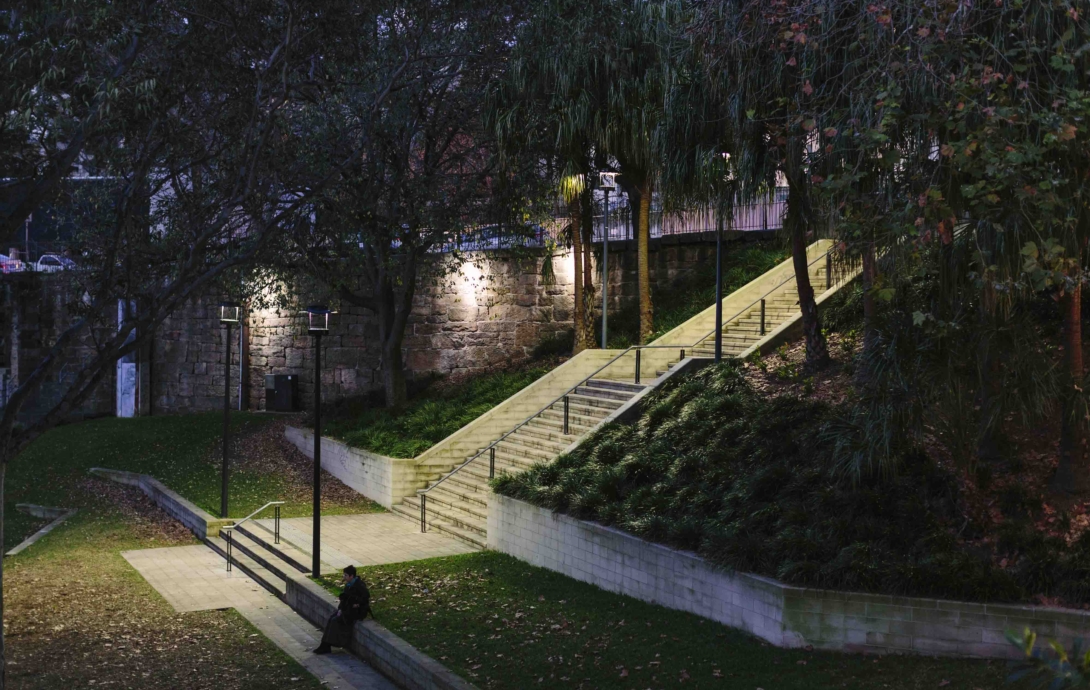 On the cusp of this period, Kings Cross became a bohemian’s paradise. If you’re sitting in Potts Point restaurant Yellow, you’re in Yellow House, a socially and historically significant hub of art and culture. A co-operative of artists ran the Yellow House from 1969 until 1972, including George Gittoes, Brett Whitely, Martin Sharp and others. The dimensions, layout and fabric of the rooms lured countless exhibitions and installations. It’s one of the few remaining buildings associated with the artist’s quarter and the Bohemian period The Cross. 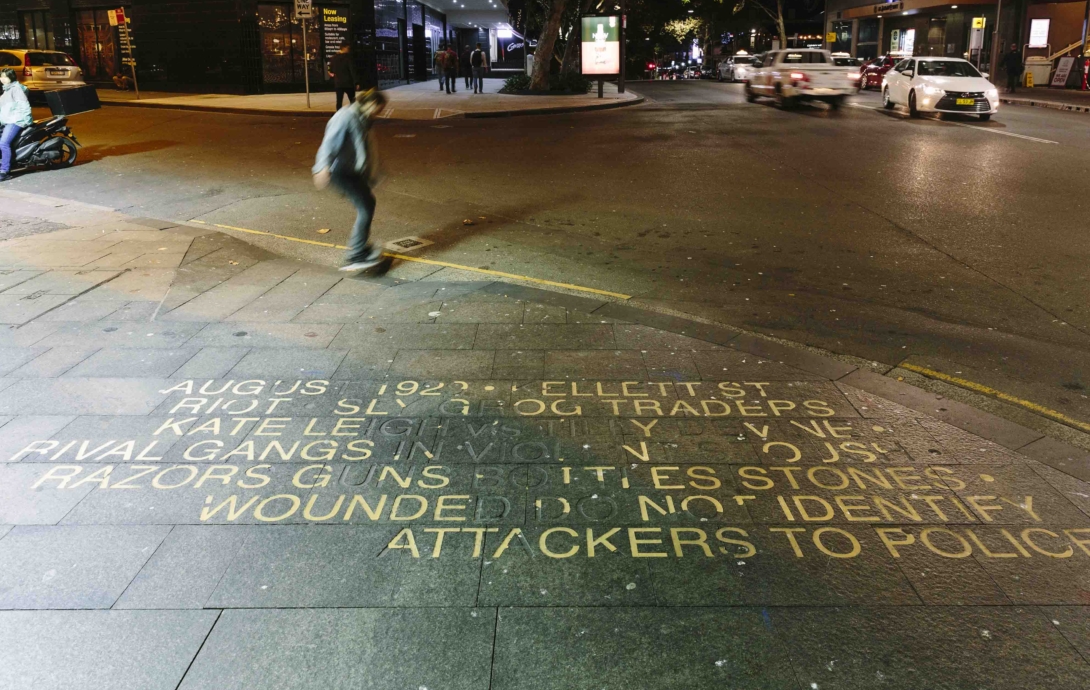 Potts Point resident Juanita Nielsen fought to preserve these time capsules for the public, when she waged a campaign to protect homes in Kings Cross and Woolloomooloo from developers. In 1973, residents found themselves evicted from a row terraces between 55 and 115 Victoria Street to make way for high-rise developments. Instead of leaving, they began squatting to protect them.

Nielsen, one of the loudest voices, left her home at 202 Victoria Street, Potts Point for a meeting at 2C Roslyn Street, then The Carousel Club. She was never seen again.

What happened is a mystery but the popular belief for Potts Point residents is that her remains lie beneath the concrete foundations of one of the Kings Cross developments she died trying to prevent.

More tales of mystery and vice played out in latter-day Chippendale, peaking with the fatal 1981 shooting of drug dealer Warren Lanfranchi. 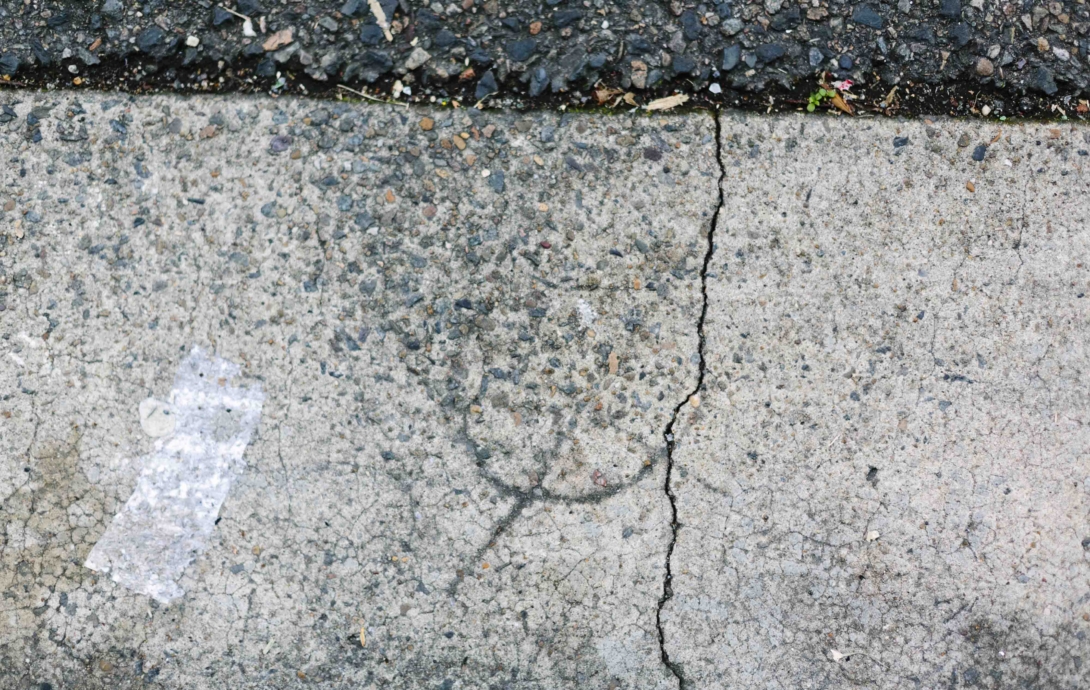 Artist Brett Whiteley also left some historic handwriting on the walls of his nearby Surry Hills’ studio from the 1980s. One of Australia’s most recognised artists, the stories from his studio are filled with sex, drugs, and rock n’ roll. Whitely partied with Dire Straits and other rock stars. Bob Dylan gave a famous press conference from the space in 1986. Somehow, Whiteley lived a life of excess and celebrity while providing us with a prolific collection of works. The studio museum at 2 Raper Street Surry Hills fills in the gaps. 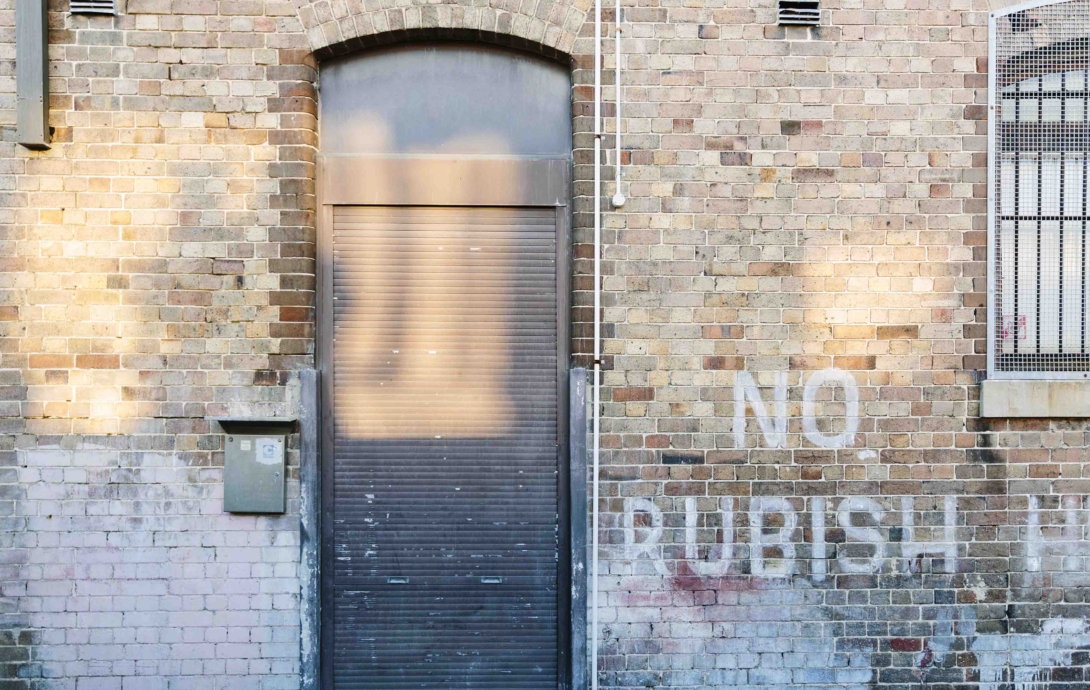 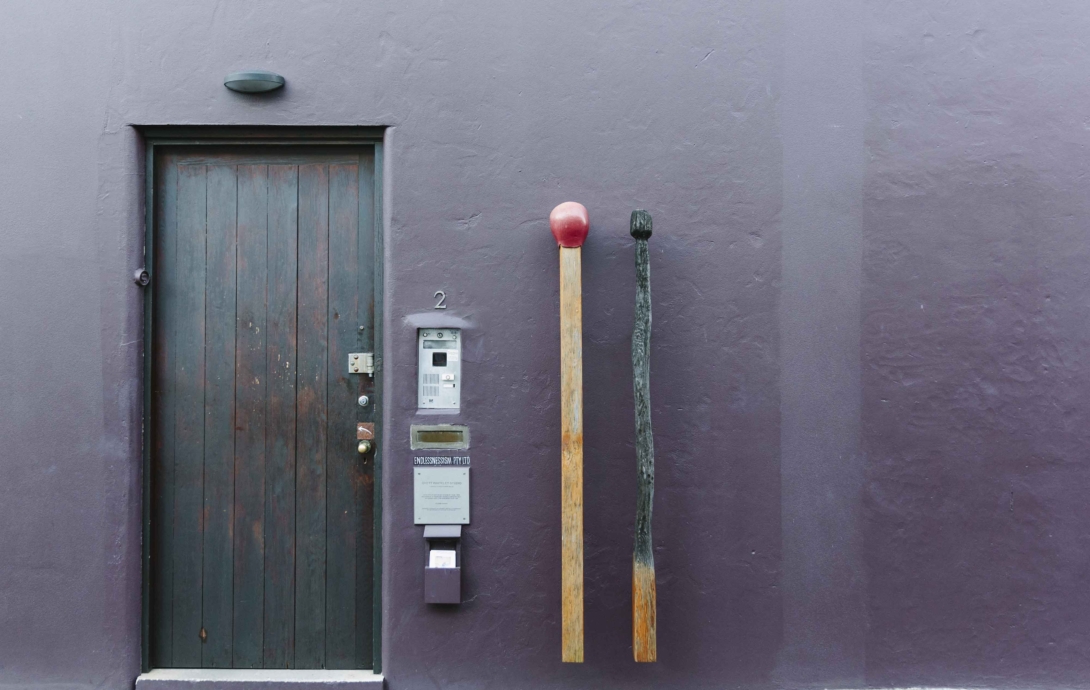 The fading chapters of Sydney’s sex, guns and party scene continues on Darlinghurst Road, stretching from El Alamein Fountain in Kings Cross to ‘The Wall’ in Darlinghurst.

The epicentre of the sex trade, the main strip of neon lights and strip clubs attracted female prostitutes and drug dealers, while streetwalkers and transvestites dominated William Street. 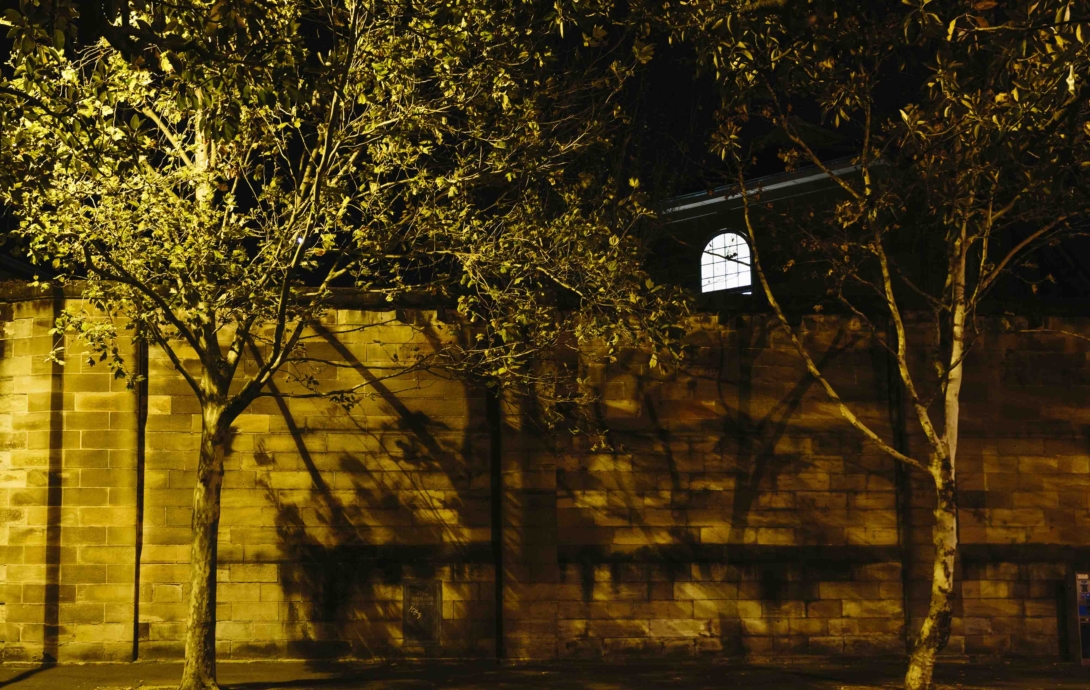 Along Darlinghurst Road at the corner of Green Park and Burton Street you’ll find ‘The Wall’. Up until the turn of the Century, this was the home of male prostitution and street kids for hire. Attempts to rid the area of ‘rentboys’ in the 1980s and 1990s failed. Only one thing could change this strip – Internet advertising.

The Woolloomooloo side of William Street saw plenty action for transgender women and the corner of lower Forbes and William Lane became known as Tranny Lane. 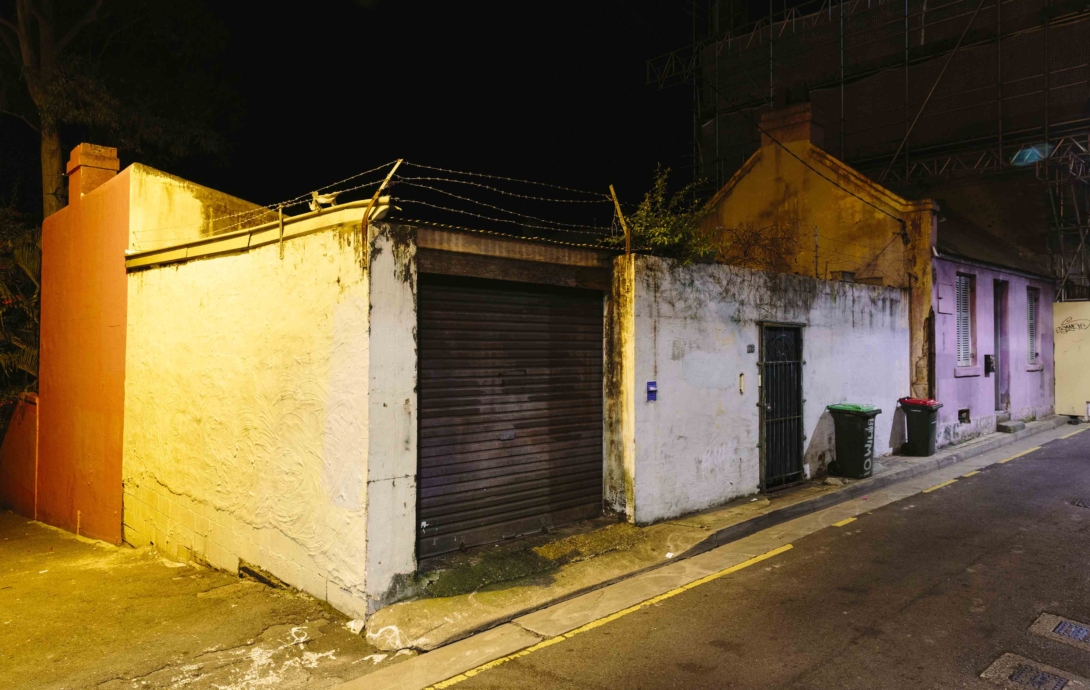 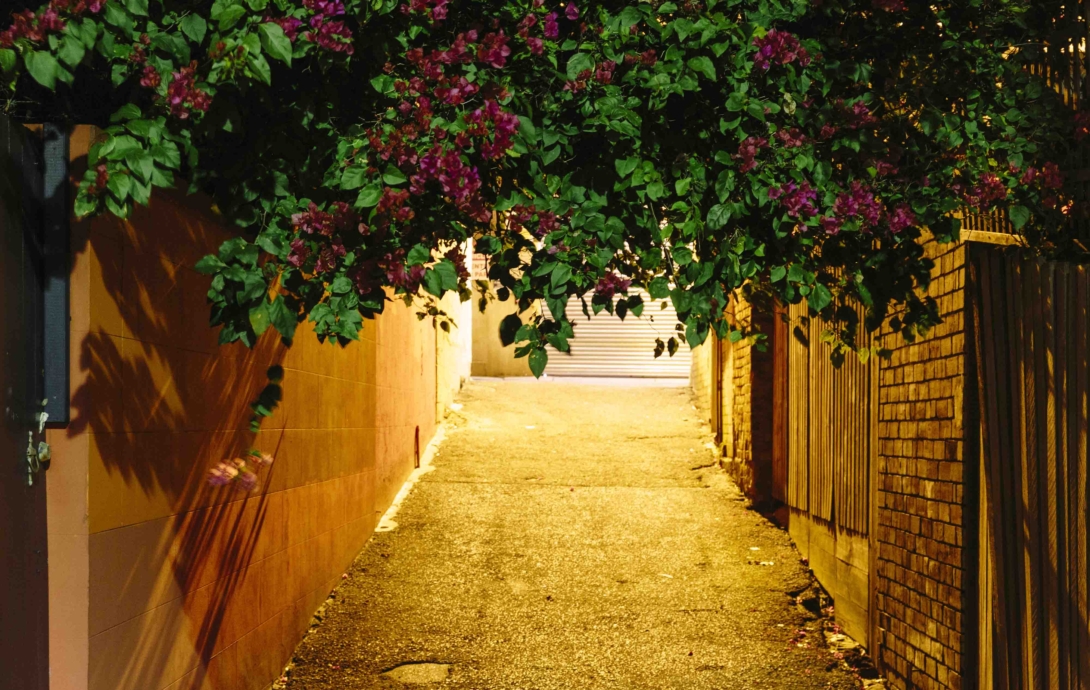 Across the road, a new wave of Sydneysiders came for the famous Rice Paper Rolls and Pho soup at Miss Chu’s original Bourke Street institution. It overlooked ‘Ten Buck Alley’ (Barnett Lane). The girls are mostly gone but it still has its moments.

Remember to look twice in these parts. Sydney is always adding to her memoir.