Sydney warehouse: one of the best

Undeniably one of Sydney’s best warehouses, a landmark residence just hit the market.

Fashioned into a family home, this Annandale home wears a calm air of informality. Yet from other angles, it’s overpoweringly impressive. 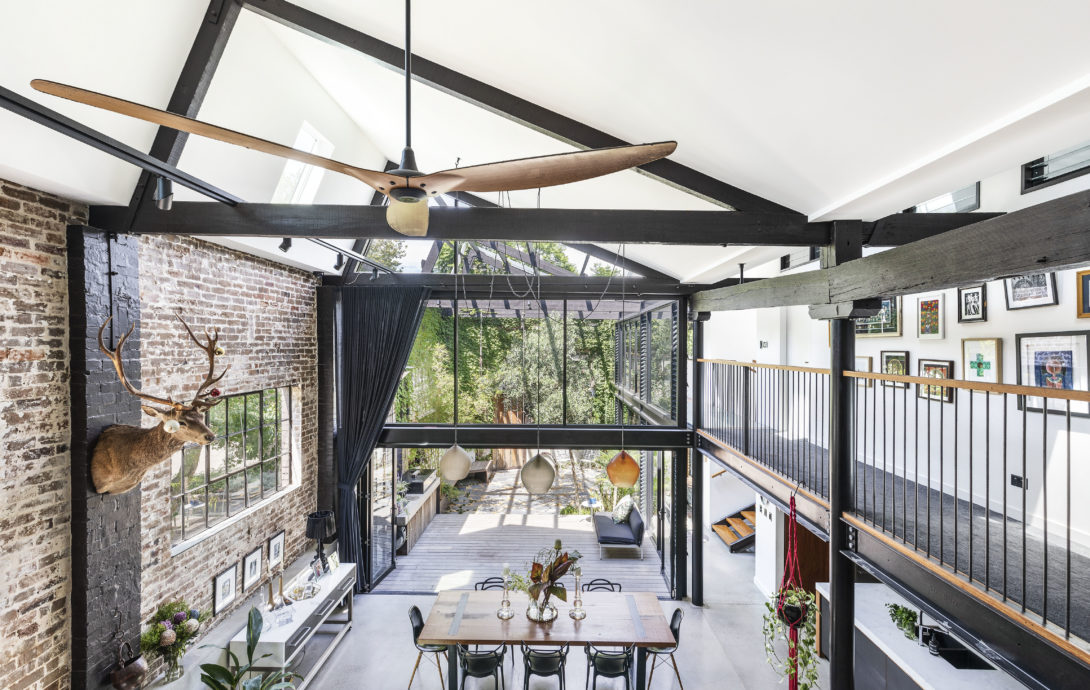 The old warehouse space in Nelson St, Annandale, had been empty for about 8 years when Joe Sidoti went all in around 2013. If the idea of conversion had been too daunting for some, Joe was beginning to imagine what the future might look like here. 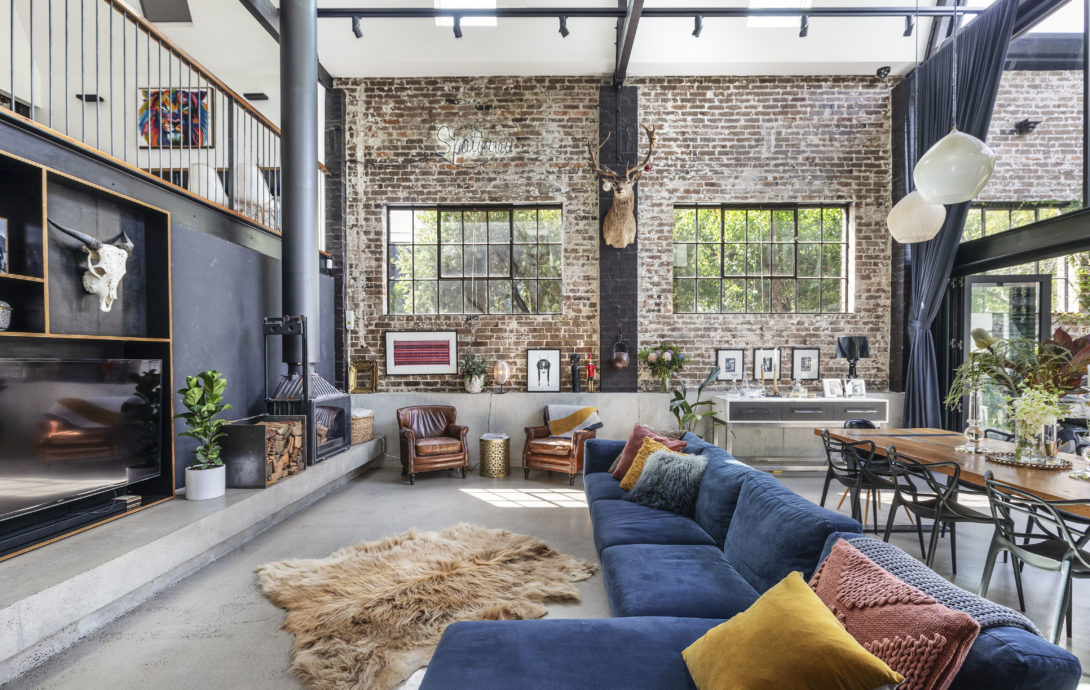 It became the family home for Joe, his wife Nat, twins Nicolas and Coco, and their dog Dixie. At the same time the 420sqm of indoor/outdoor living took on a showcase role for their business SQ Projects – an award-winning building company.

The warehouse was a joint effort, with DA drawings coming from Humphrey + Edwards Architects, while Sam Crawford Architects assisted internal design and selections. Meanwhile, the SQ team handled the detailed design along with management and construction. 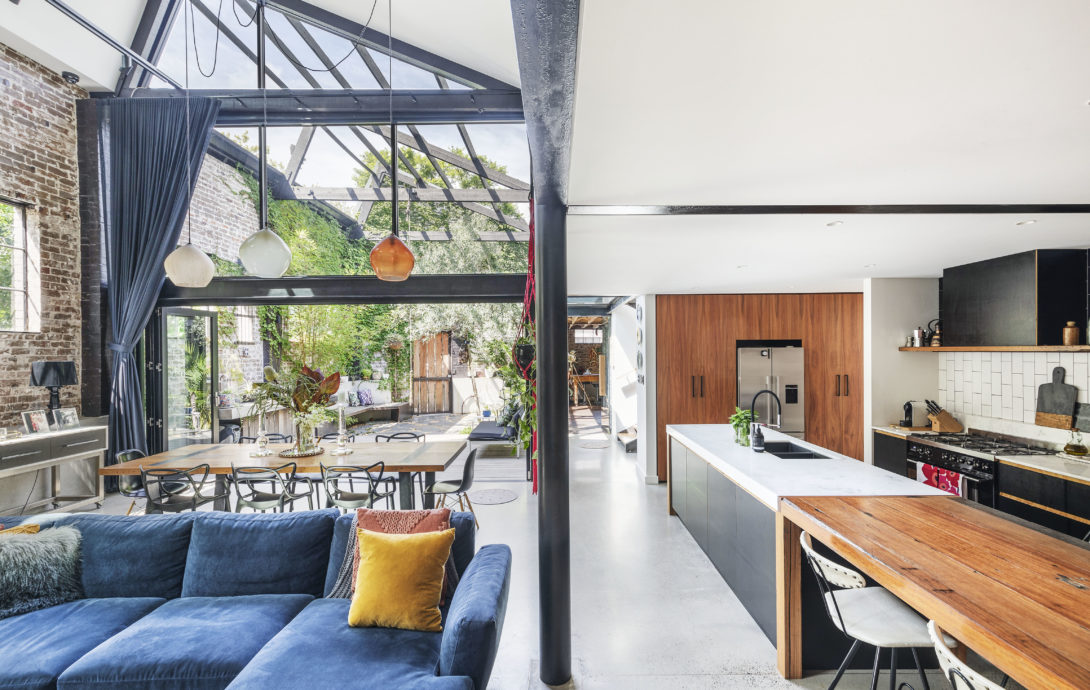 “We began by designing a family home but we also wanted everything to be open, and we wanted to retain that authentic warehouse feel,” Joe says. “We wanted to keep the shell and the windows and capture as much natural sunlight as possible. We opened it up and kept the sawtooth beams above the open-air courtyard.”

“And we kept as much construction as possible in house, using our own tradespeople.” 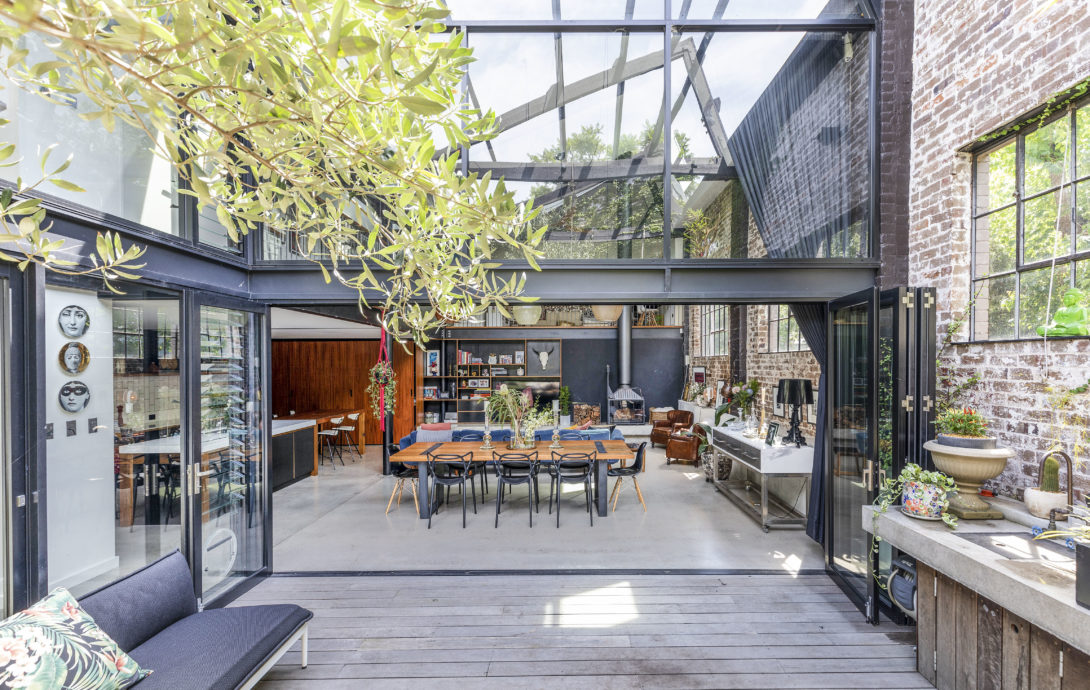 In fact, everyone associated with the company wanted to work on it.

In collaboration with suppliers and subcontractors, materials from the existing building were salvaged and reused wherever possible. Raw steel, recycled timber, exposed brick and bare concrete were introduced to accentuate the original industrial characteristics of the space. 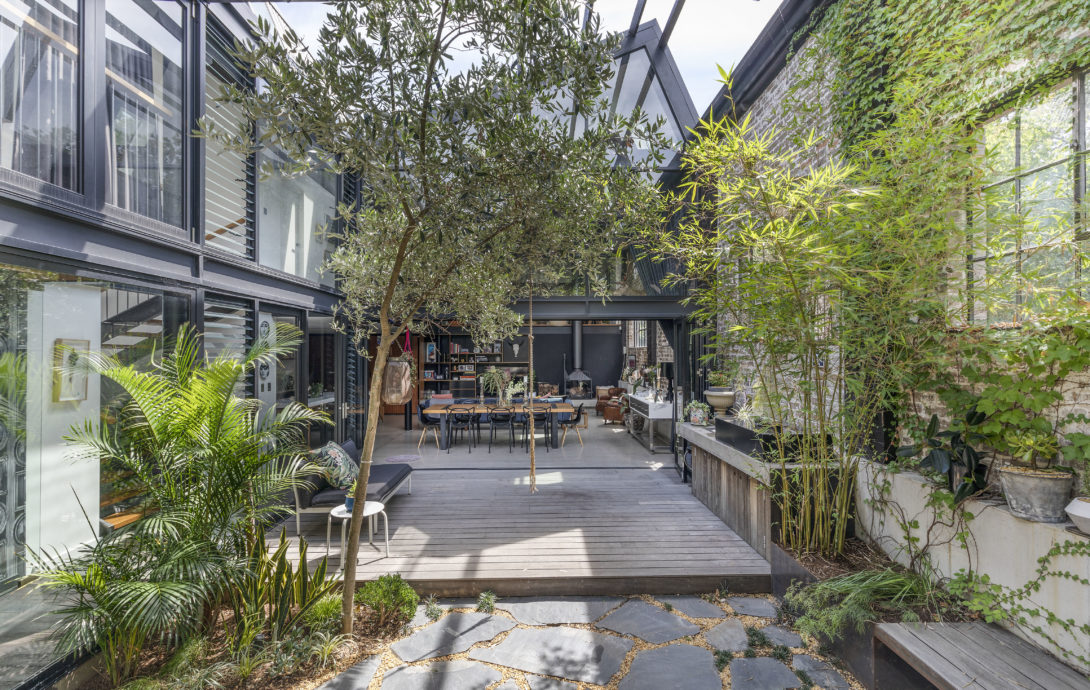 When existing timber columns had to be replaced with steel columns, the original timbers were salvaged and reworked into the kitchen bench, entry gates, kitchenette, vanity bench, shelving, and the dining table. 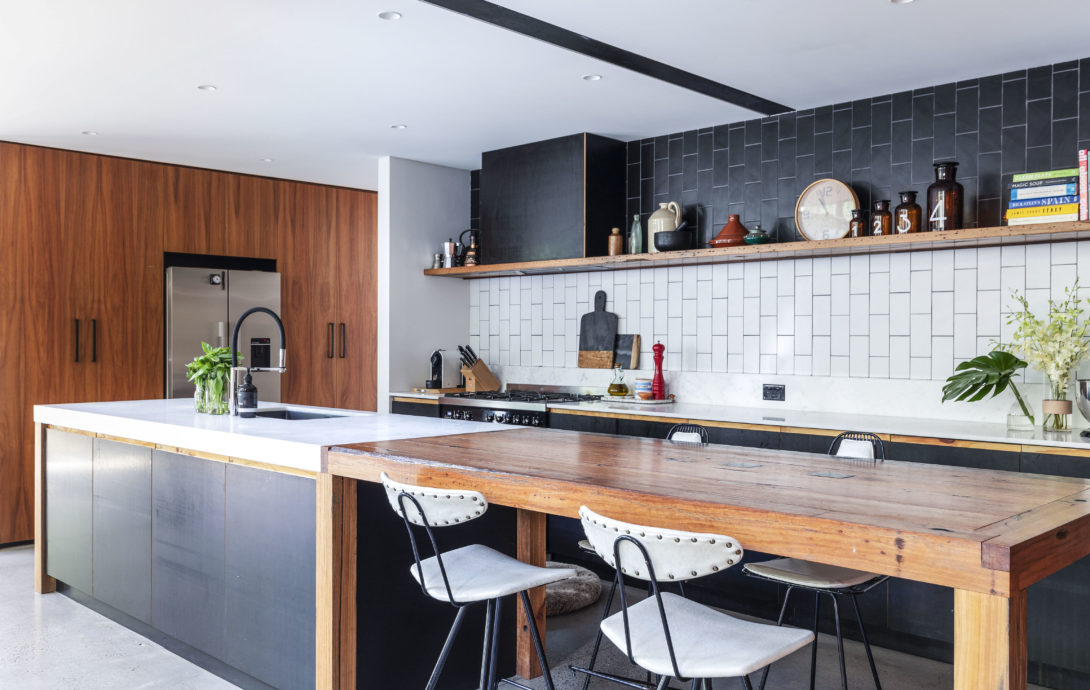 The space has morphed into a side office for SQ Projects, as well as being used for internal/external meetings. At the same time, Nat runs Spatium event and location hire, frequently leasing the setting for photo shoots and productions.

If you have an eye for warehouses, you might remember seeing it star in a number of cameos with Deus ex Machina, King Furniture, Pete Evans food shoots, The Bachelor, Samsung, Sony Music’s ShareSpace, Channel 10, Audible, various fashion events and more. 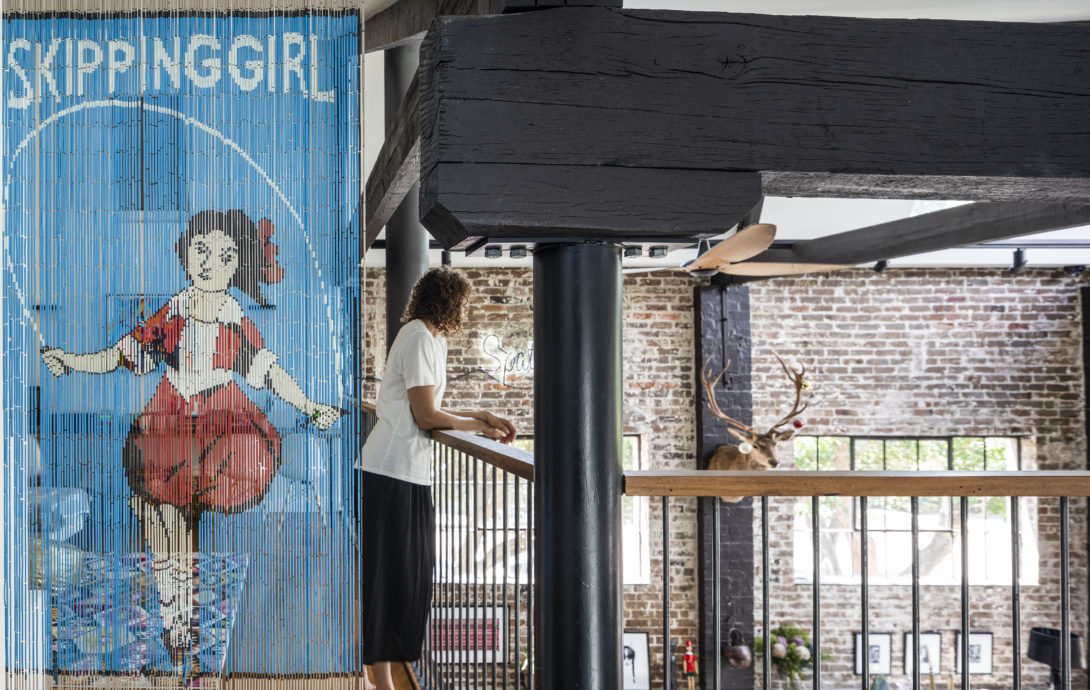 “The space also serves as a ‘very busy hotel‘ for our family and friends from out of town when they visit Sydney,” Joe says. “And it has been a popular house for parties.”

The current sale will mean other existing developments can be unlocked – perhaps in the Southern Highlands first, and then Redfern.

So watch that space.

But for now, let’s watch this one. Again and again. 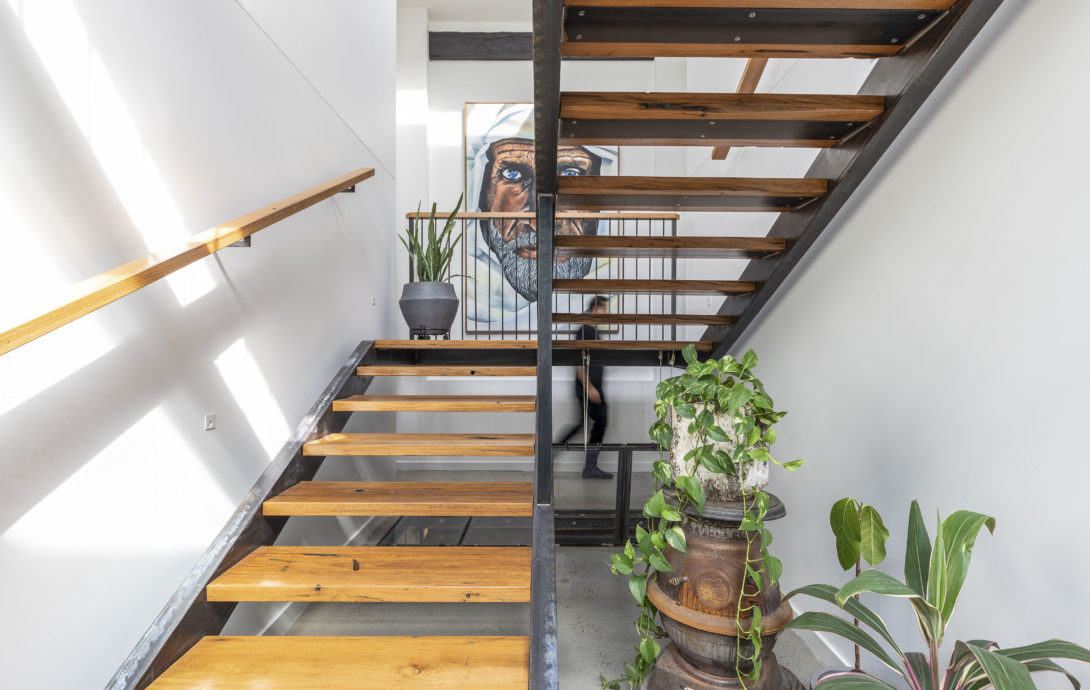 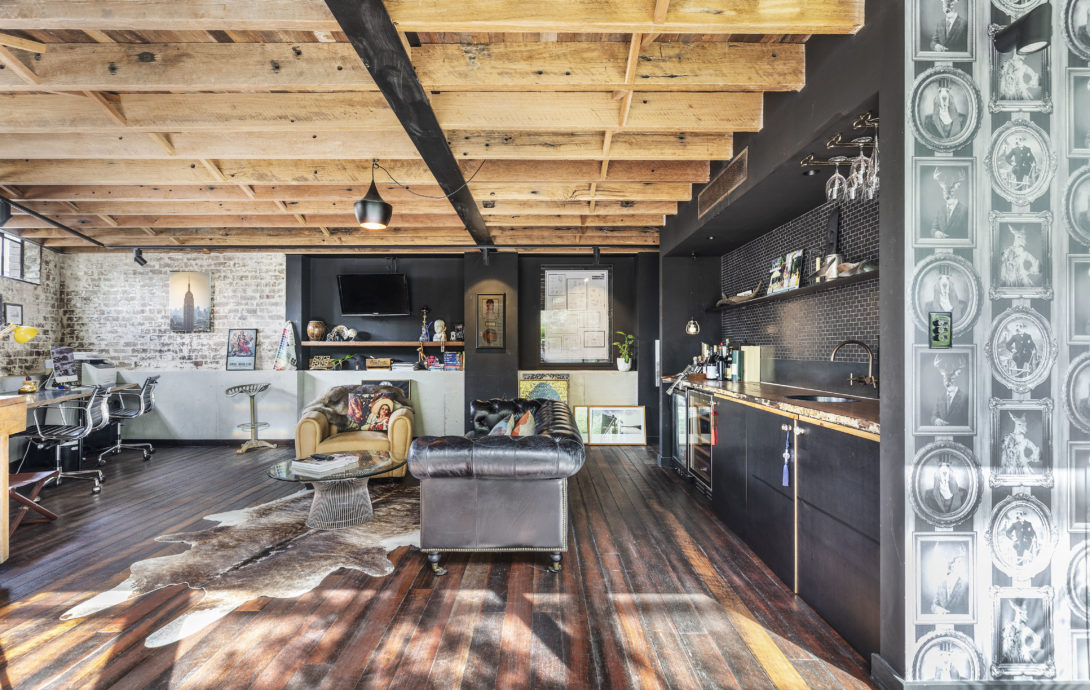 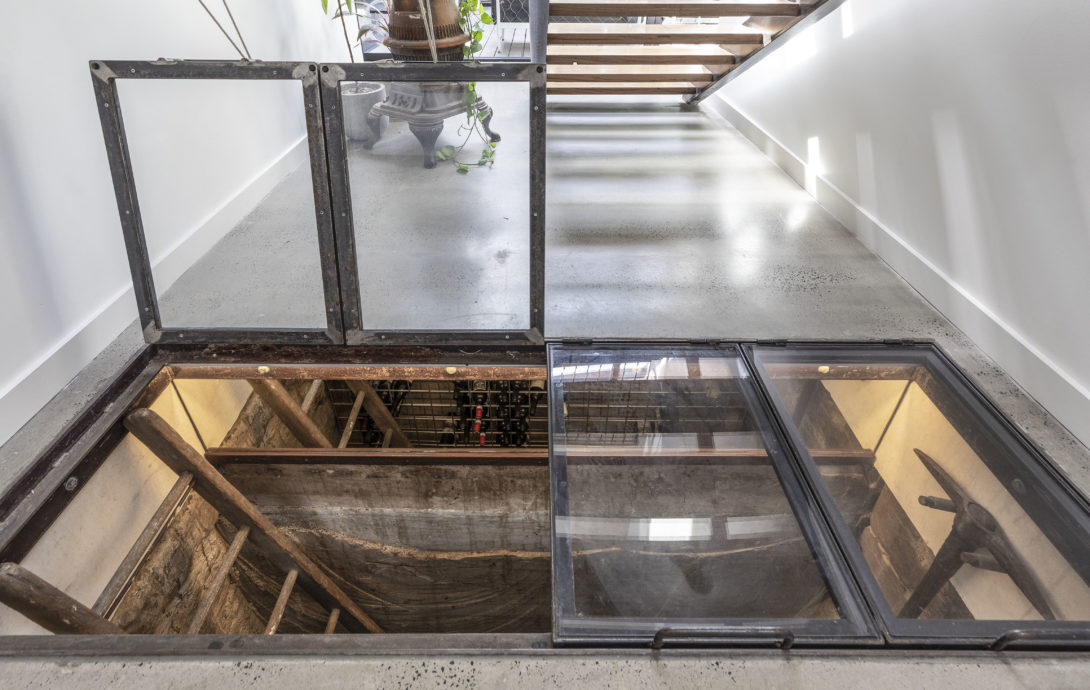