We like to spread the good word about social enterprise if it sounds sexy. We expect our coffee to be ethically sourced and our lunch sustainably farmed. Then, we’ll sing our praises loud and proud. But that’s also how other initiatives go unnoticed. Unless it reeks of dinner-table cool, many great social and environmental movements go unnoticed.

Like recycling. And on a sexy scale, the recycling of old mattresses reeks differently, however impactful it might be. But fact: mattress recycling might be the one initiative where the positive impact – social, economic and environmental – is immediately measurable. That’s a rare feat. 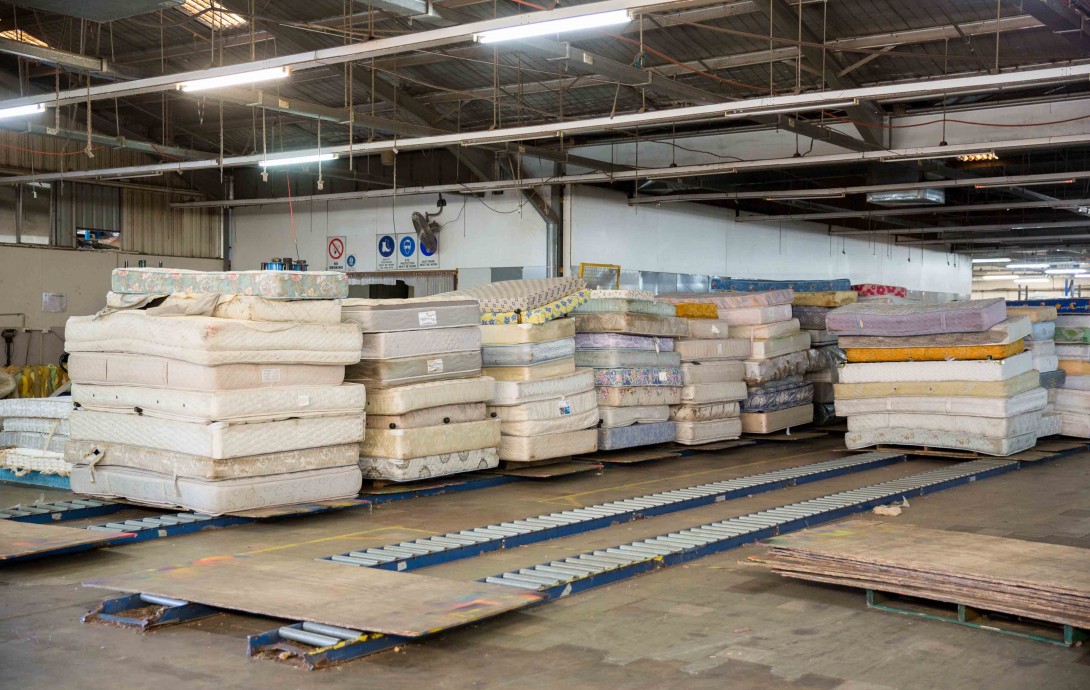 Soft Landing is Resource Recovery Australia’s mattress recycling program and it’s making an impact on multiple levels. It started as a local scheme in a small Wollongong workshop. Six years later, it’s an industrial operation employing 100 staff and servicing NSW, ACT and WA. Like all good inventions, it was born from sudden necessity. Around 8% of all waste to landfill in NSW comes from textiles. So when local councils stopped collecting mattresses for landfill, an outbreak of illegally dumped bedding ensued. 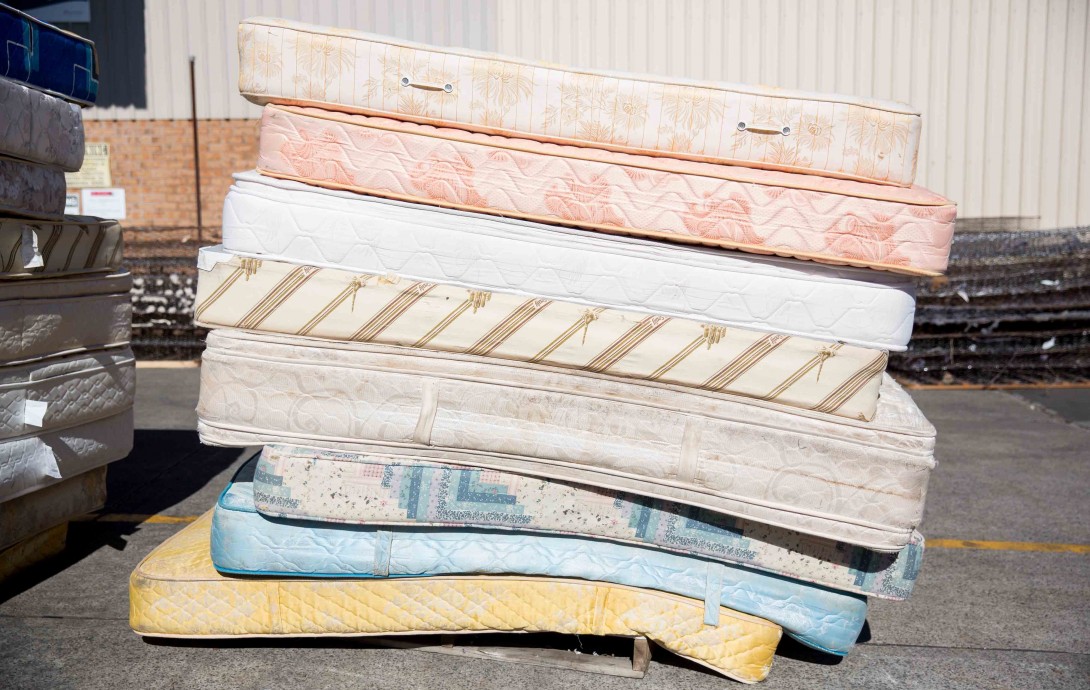 Our grimy mattresses were lumped alongside charity bins. Soft Landing volunteers would rip them apart, hoping to send the components to landfill. But now, up to 90% of these materials get salvaged. This year, old bedsprings will yield 3000 tonnes of recycled steel and 1000 tonnes of timber from bed frames will be wood-chipped. The carpet underlay that finds its way into modern renovations and new Sydney apartments is often the happy ending of someone else’s mattress. This year the team will send 800 tonnes of foam towards such products. 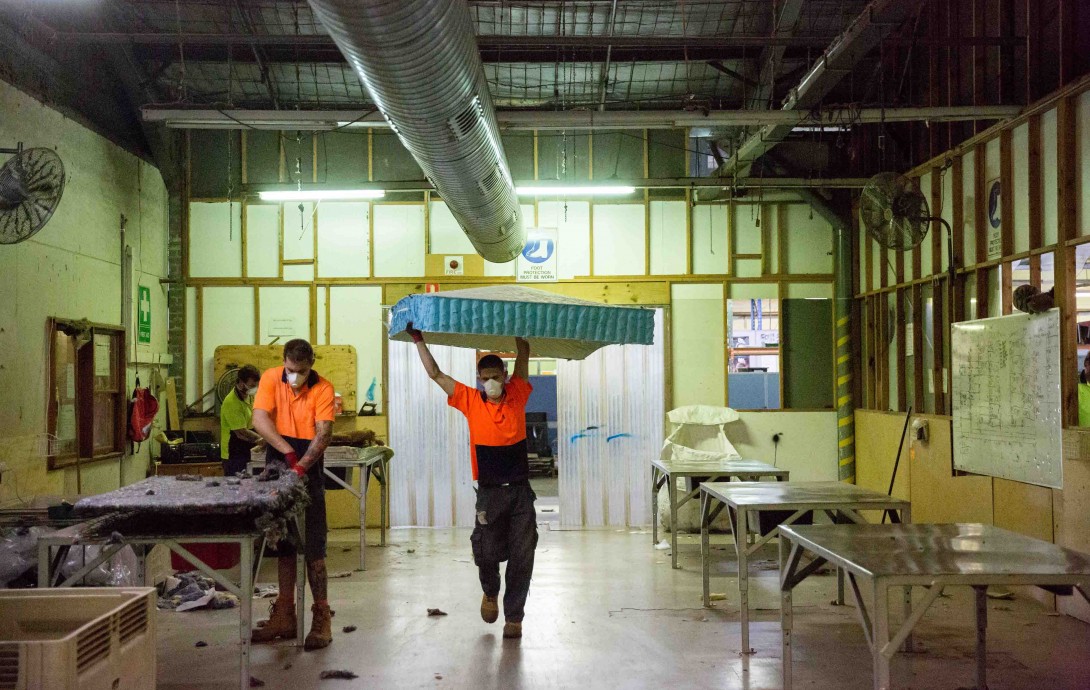 Soft Landing founder and national operations manager Bill Dibley says the success is magnified by the fact that Australia is physically running out of landfill space. “In NSW, we waste enough mattresses each year to fill the Sydney Harbour Bridge to its archways twice over. If we put them on semi trailers, they’d line the highway from Melbourne to Cairns and back again.”

These almost unfathomable statistics saw the Soft Landing quickly recognise the potential of their business model. As the social enterprise worked towards a larger scale operation, staff seized the opportunity for people in long-term unemployment to have a chance at ongoing jobs. 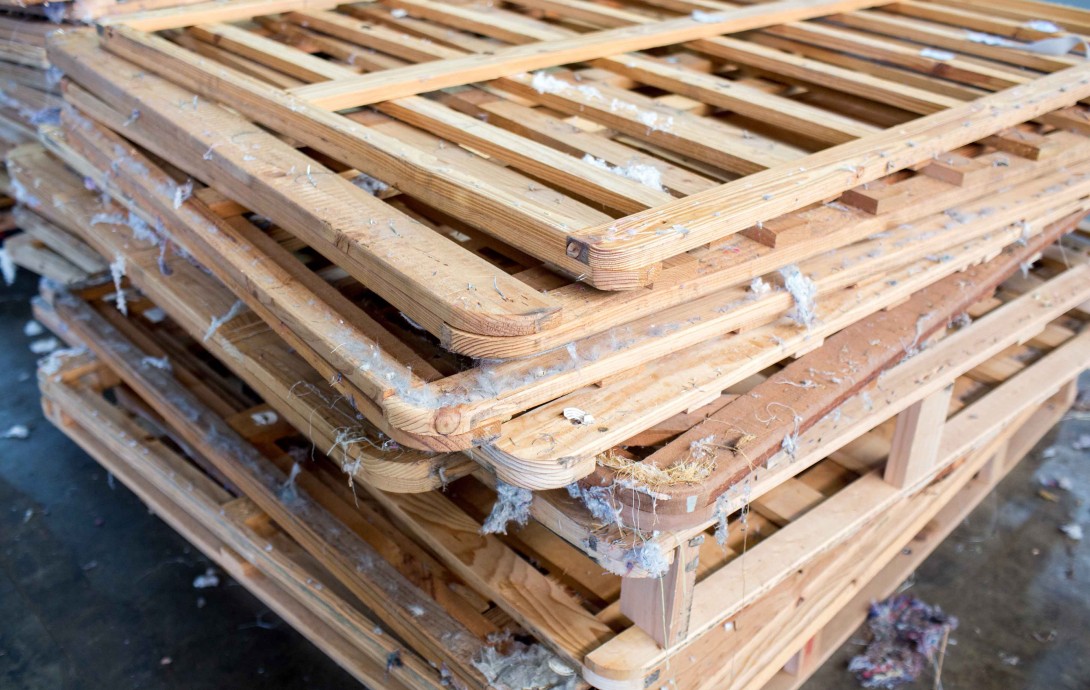 A government grant got the operation through the first 12 months. And it’s been sustainable ever since. Staff members are expected to achieve a Certificate 2 in Waste Management with many going on to further qualifications. “Everyone working for us must be learning and upping their ability to find gainful employment,” Dibley says. “We’re now focused on a national approach – not easy pickings in the suburbs. We make a point of offering a service that diverts and recycles mattresses around the country. In partnerships with councils, communities and retailers, it truly creates a national impact.”

As the operation has become more successful, the focus is also on building and sustaining jobs, in high unemployment regions such as the Illawarra to Sydney’s south. The Soft Landing 2020 goal is to employ 300 staff Australia-wide. “The mattress is a bi-product for us,” Dibley says. 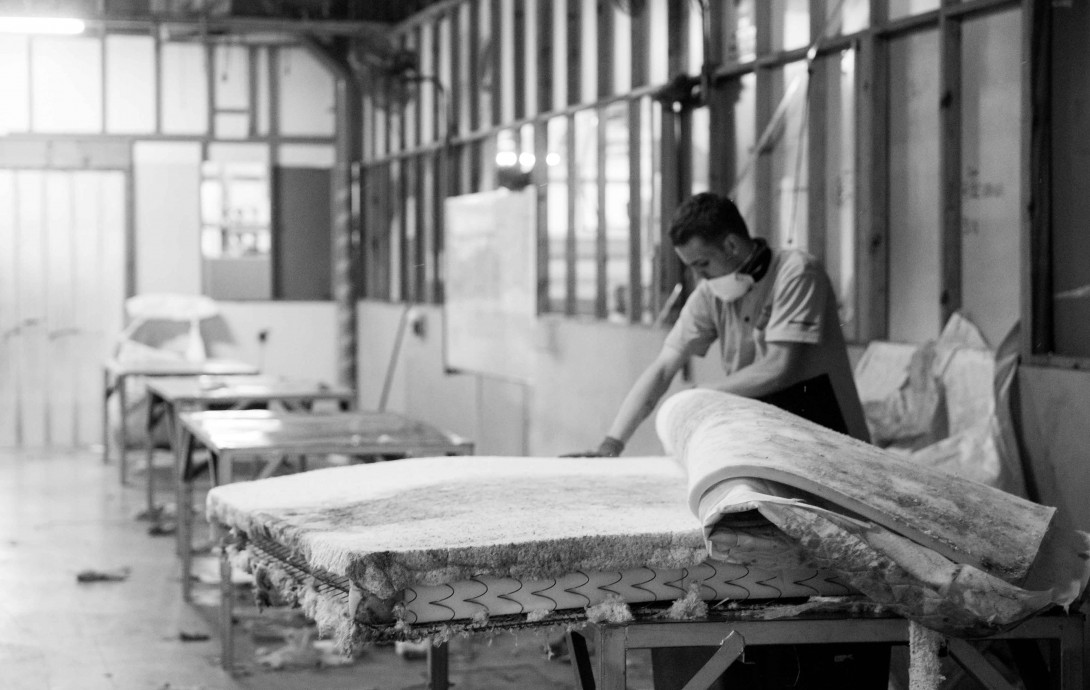 “We’re looking at new machinery that offers higher automation, while maintaining a path of solid job creation. At the end of the day, if we aren’t creating meaningful jobs for people then we aren’t reaching our social goals. We gave a lot of our staff a chance when no one else could, or would, and that’s what we’re all about.”

“We’re really proud of the fact that our staff members become the leaders of our new sites. That sets us apart from the full commercial operation or a large private firm – we look for waste diversion that is sustainable for the planet and people’s jobs.” 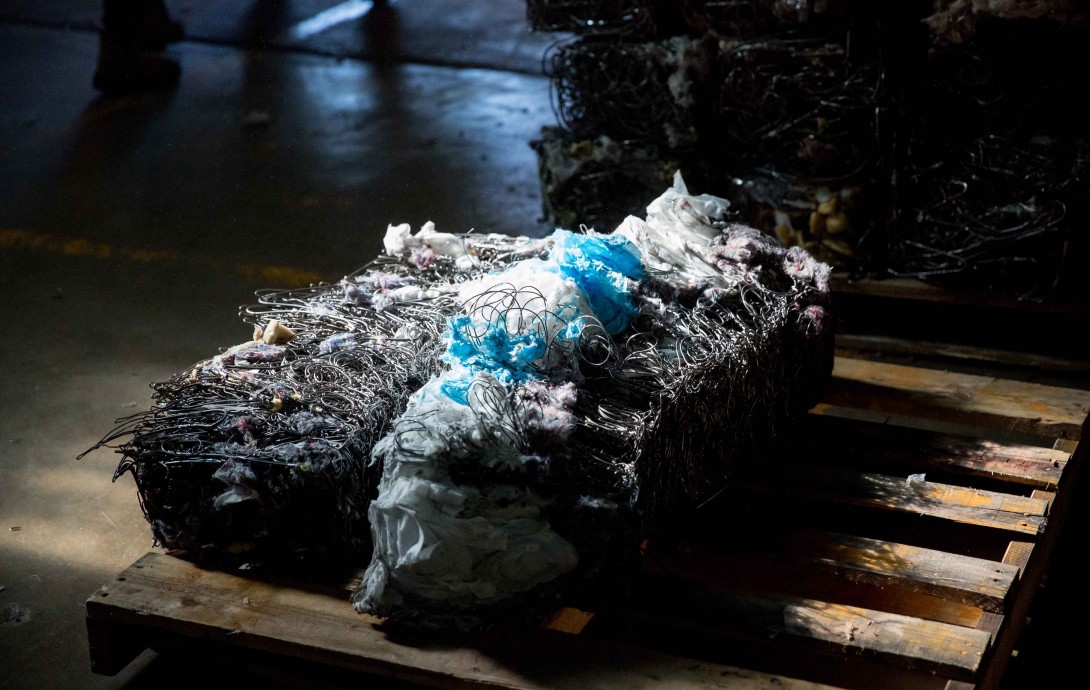 Soft Landing estimates up to 2 million old mattresses still end up in landfill each year. That’s plenty of growth potential for a business still harnessing its own strengths. The enterprise’s buzz phrase and hashtag – #waste2wages – is a movement worth following. The age-old adage ‘one man’s trash is another man’s treasure’, is becoming more poignant than ever. 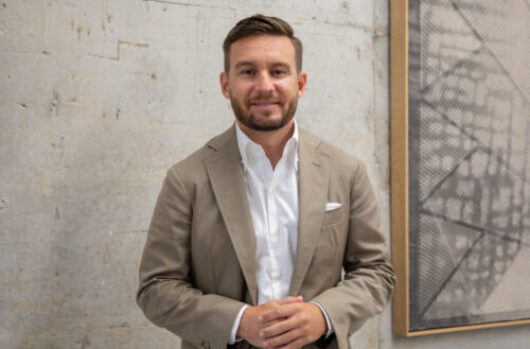 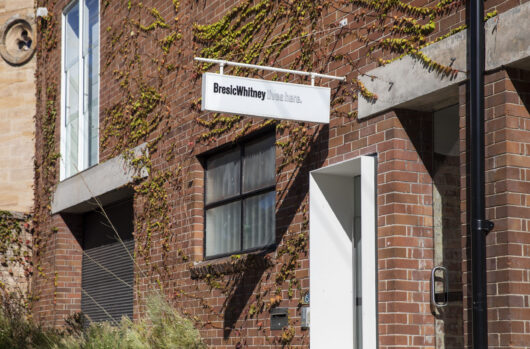 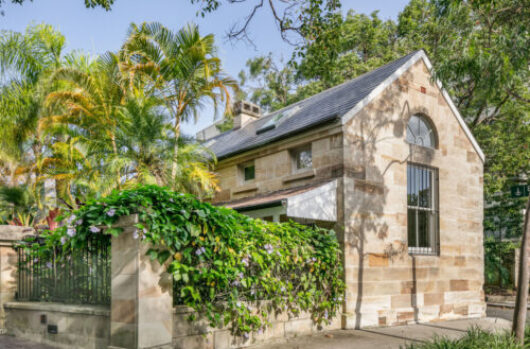 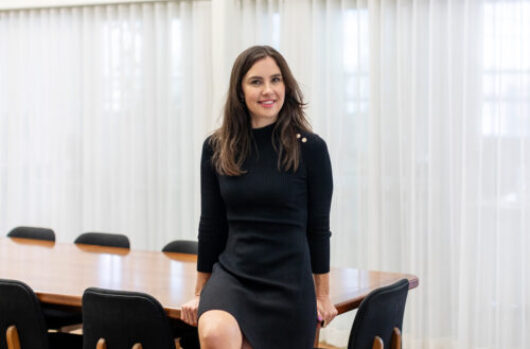