The first month of spring has continued a trajectory of strong sales at BresicWhitney. Highlights here.
Category: News
Share with:

Ready to tackle a potentially difficult spring, the BresicWhitney team delivered another month above expectations.

This would not be the norm across Sydney.

It didn’t come without hard work, careful strategy, and the BresicWhitney ‘networking’ model. We’ve highlighted some key sales below. 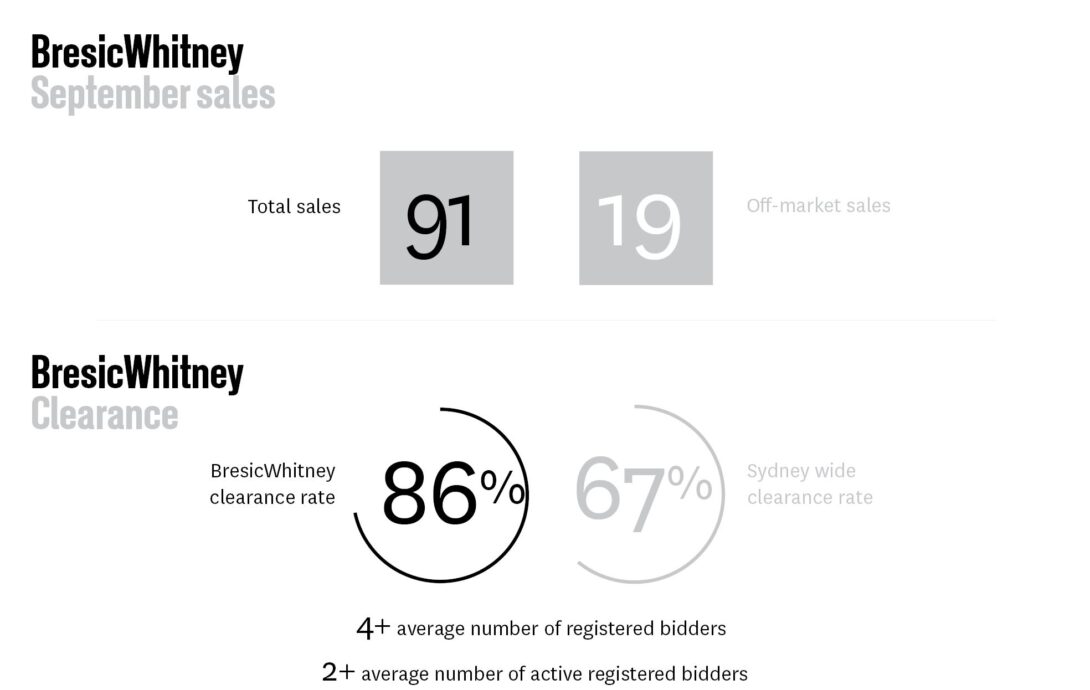 With the latest numbers in from CoreLogic, overall property values fell 0.9% in Melbourne and 0.3% in Sydney, but nationwide indicators showed strength.

“There’s definitely a delineation between the smaller capitals that are seeing some level of price growth [and Sydney and Melbourne], which isn’t too surprising given these are also the markets that have kept a lid on the virus quite well, where housing affordability is relatively healthy compared to the larger cities and homebuyers are able to take advantage of the ultra-low interest rates on offer.”

Sydney’s rate of decline has improved over the last few months and Mr Lawless expects to see the city move back into some level of “modest growth” in either October or November, provided the virus is kept under control.

BresicWhitney sales between $3m and $6m

We saw landmark sales in premium price points from the Eastern Suburbs, to the Balmain area, to Hunters Hill.

Andrew Liddell sold another architectural icon known as the Green House of Rozelle. The 2 Hartley Street, Rozelle auction was brought forward because of heightened interest from different parties. 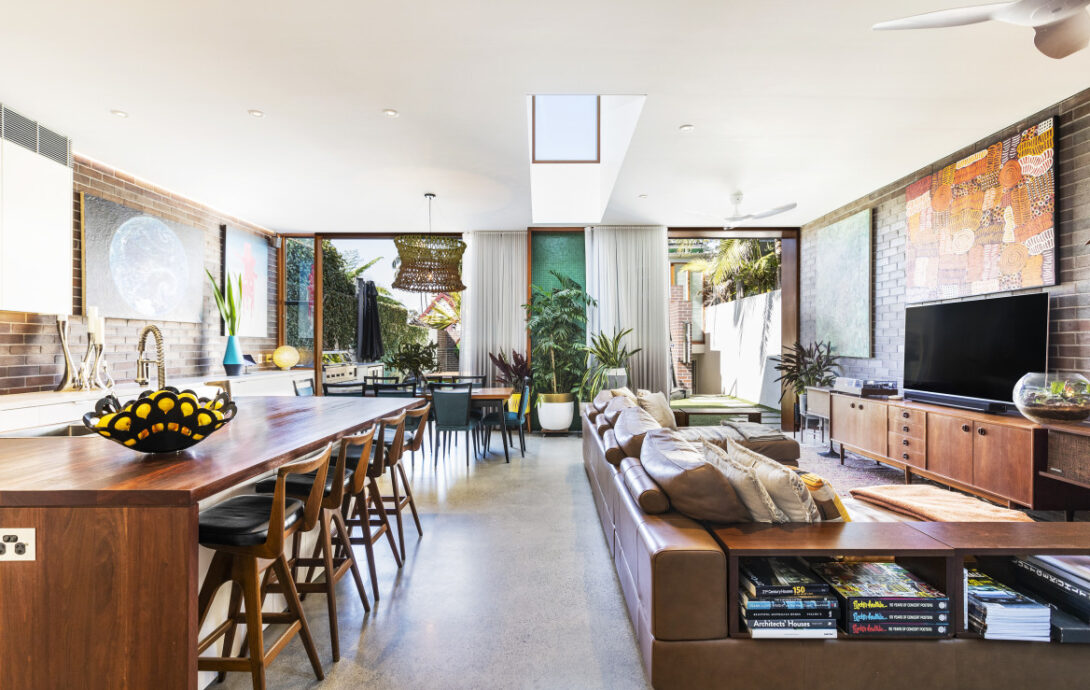 Originally marketed for $1.9 million, the house at 200 Hereford Street, Forest Lodge achieved $2.025 million after a price drop generated new interest. Luke Grosvenor sold it to a buyer from overseas during a FaceTime inspection.

This statement terrace at 113 Victoria Street, Lewisham sold off-market with Rhonda Yim for more than $2.3 million.

Nicholas McEvoy sold 38 Makinson Street, Gladesville in a hotly contested auction with a whopping 56 bids placed by just 2 bidders. And at 38 Ross Street, Gladesville, Peter Grayson penned the deal after hours at a Haymarket karaoke haunt… there is a first for everything.

John Yannakis sold a wide residence at 4 Ferry Road, Glebe in the hours after auction. And Brad Papaellinas sold at auction with one bidder on this block of land at St Peters. 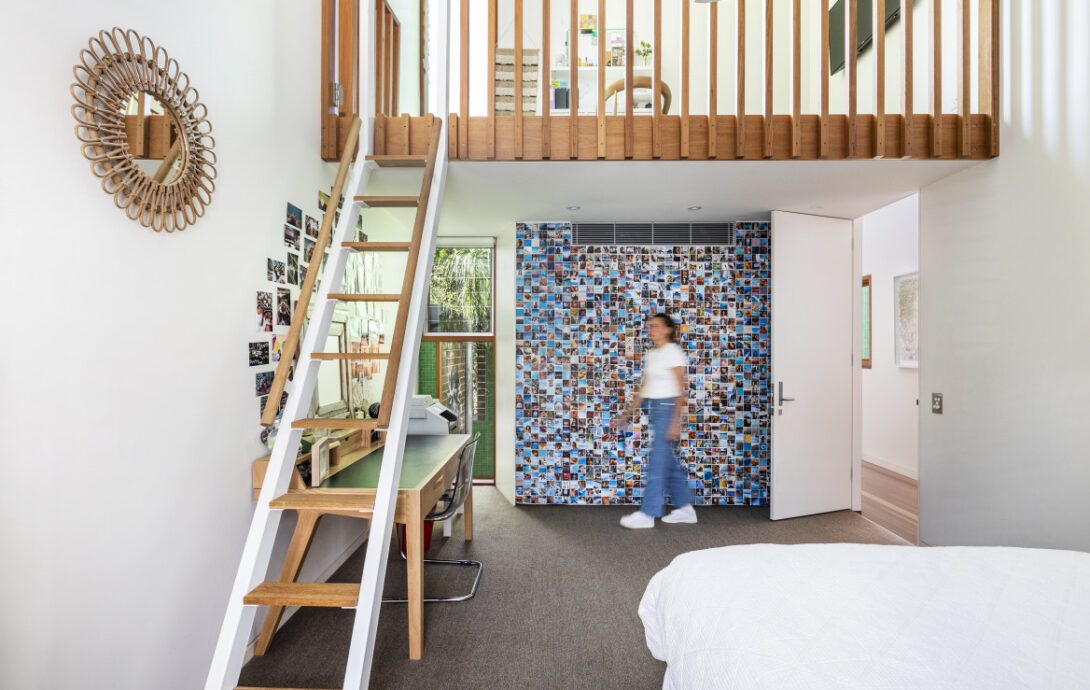 224 Annandale Street, Annandale sold at auction with Chris Nunn, to someone Nick Playfair encouraged to attend. Never just relying on the major portals, the same team sold 43 Piper Street, Lilyfield to underbidders from a property in Stanmore.

Nick Playfair also sold 3 Ada Street, Erskineville off-market, only contacting buyers within the BresicWhitney network, with 11 inspecting and 2 making offers. It was gone in a week at the price the owners were looking for.

Luke Grosvenor sold 213 Victoria Street, Beaconsfield after being given 14 days to do so. With a number of pre-qualified buyers ready, it sold fast for $1.28 million.

Similarly 3/12 Wolseley Street, Drummoyne sold with Brandon Nguyen and Adrienne Williams for $1 million. In a single private appointment they showed 5 buyers and had 2 offers.

In another pre-auction sale, 25 Phelps Street, Surry Hills sold with Melinda Antella and Michael Kirk. After the first Saturday open, it was sold on Tuesday.

The marketplace can be patchy from week to week but our teams leased another 118 properties this month, continuing to outperform within this current dynamic. 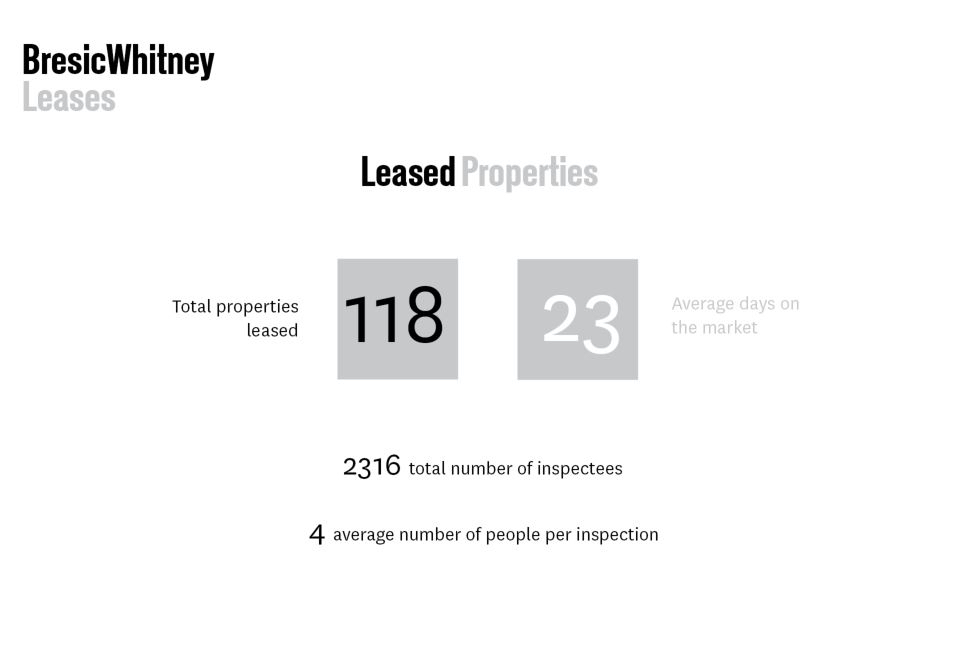