One month against all odds

Despite prices trickling back, July was a big month for buying and selling Sydney property.
Category: News
Share with:

With market seasonality out of the window this year, July came with a flurry of mid-winter activity, and a record number of both sales and leases.

In July we sold 78 homes compared with 44 for the same period last year, setting a new precedent for any July period at BresicWhitney, ever.

It came after 73 sales in June, up from 53 in June 2019 and went against the trends of low Sydney stock levels.

With CoreLogic figures in for July, Sydney prices tricked backwards for the month by 0.9%. And according to the Domain House Price Report, house prices fell by just 2% in Sydney for the June quarter.

Across Sydney, total advertised supply levels remained tight, with the number of properties for sale falling a further 4.3% in the 4 weeks to July 27, sitting 15.2% below where they were this time last year.

In contrast to the wider market, BresicWhitney teams collaborated on sales, cross-sold between teams, and facilitated each other’s transactions, maintaining momentum for buyers and sellers. 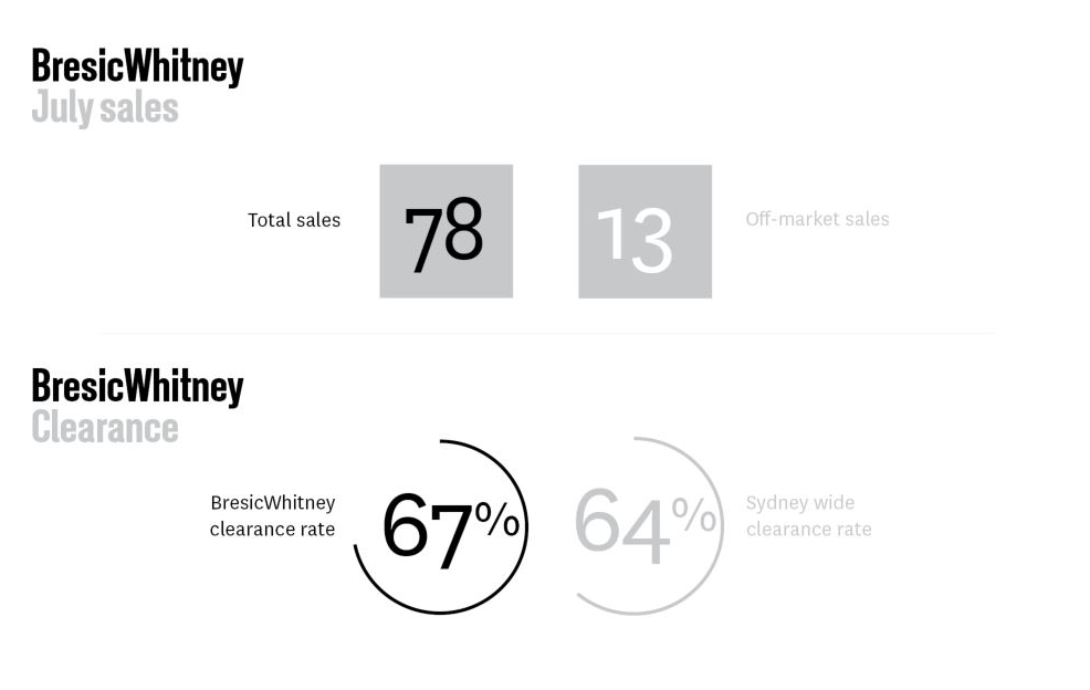 Meanwhile, our leasing team found tenants for 173 new properties, setting another record for July volume. Again, it came from a collaboration between our New Business teams, Leasing departments, and Property Managers.

When more stock hit the market, they worked together to appeal to newly motivated home hunters, looking for fresh living arrangements once the initial COVID onset subsided.

Their stock on hand spiked significantly. But the average number of people they got to each inspection jumped too. 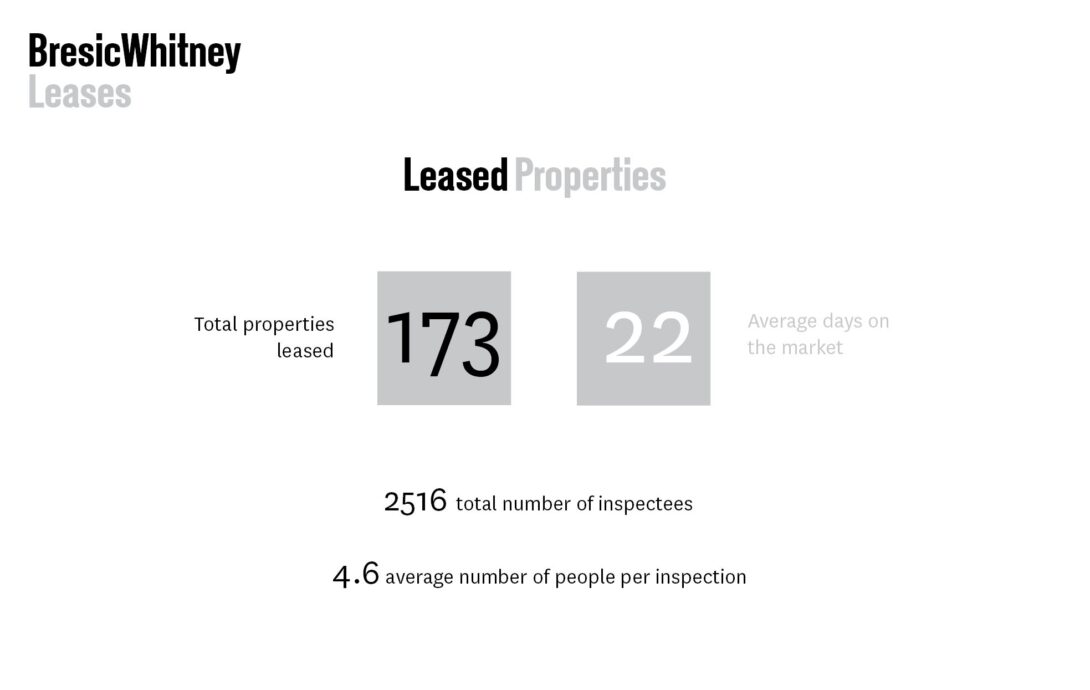 From week to week the results were unpredictable. A string of auctions brought successful sales under the hammer, and buyers making offers prior to auction day. With the uncertainty around COVID-19 in Sydney, and eyes on the restrictions in Melbourne, buyers and sellers were quick to have conversations behind the scenes.

Anything that passed in had buyers circling in the hours after. Of the auctions that didn’t sell under the hammer, most went on to sell after.

At 12 Hargrave Lane, Paddington, Di Grundy sold a wide residence in a laneway setting for $2.75 million, prior to auction, with a standout offer coming in. 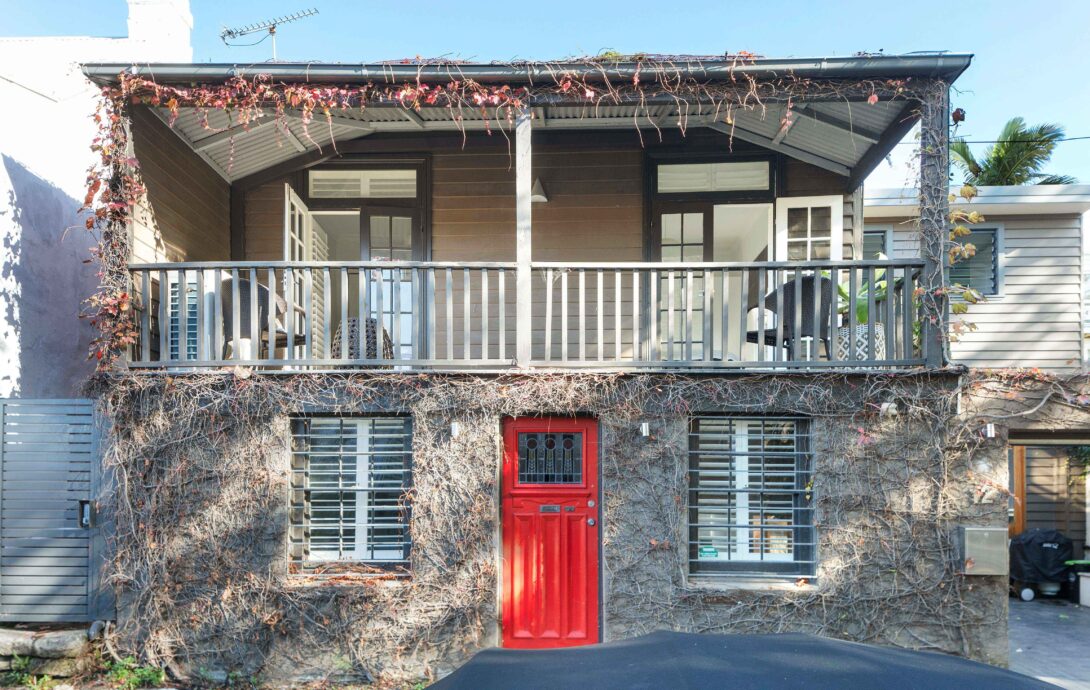 33 Adelaide Street, Surry Hills saw more bidding action for Michael Kirk, with 11 registered buyers and lots of first-timers in the mix. It sold with competition between 3 first-homebuyers bidding to $1.087 million.

Interestingly, the entry-level house bracket was abuzz with buyers this month. With less competition from investors (they played it cool), many are seeing this time as their chance to get involved.

Our inner-west team sold 4 homes in one week between $1.3 million and $1.6 million, from Annandale to Balmain and Rozelle. And a wide buyer pool snapped up homes around the inner city.

New habits are also emerging within our 2020 activity, including the busier school holiday period this month. We sold landmark homes and set 2020 suburb records during what’s usually a quieter time.

There is a lot to take away from July activity.