In a huge mid winter at BresicWhitney, momentum kept moving into August, a sign that Sydney spring energy is already here.

(Remember in July we sold 78 homes compared with 44 for the same period last year, setting a new precedent for any July period at BresicWhitney, ever. At the same time, our leasing team found tenants for 173 new properties, setting another record for July volume.)

August ramped up again for sales with 82 homes sold, while the rental team signed other 125 leases. The level of selling was almost on par with last year’s 88 sales for August 2019 when Sydney was in the middle of a price swell. 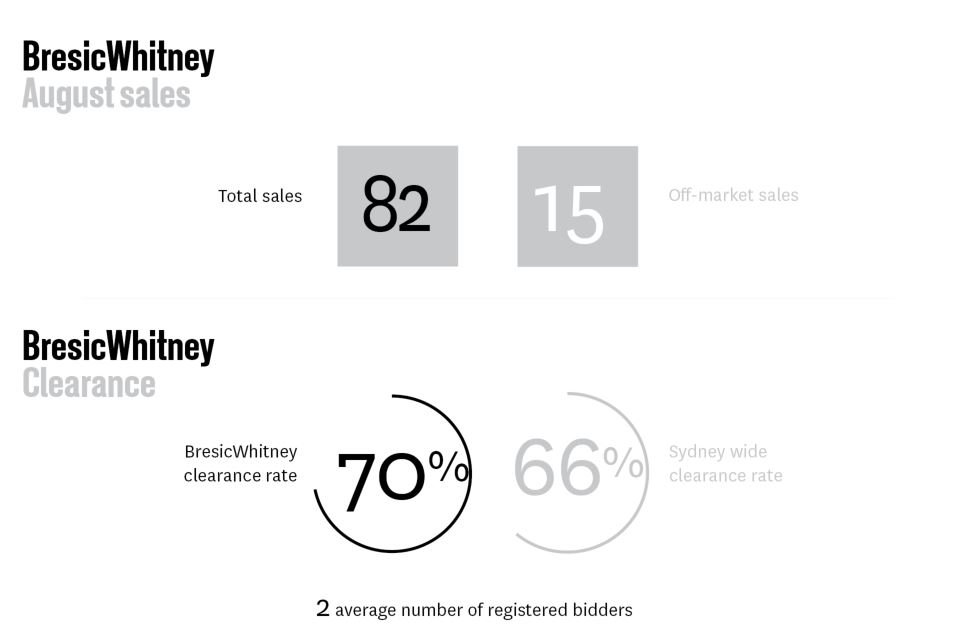 It’s a different market across the wider city this year, although CoreLogic data just released shows Sydney’s rate of price decline has slowed. Sydney values dropped 0.5% for August. They’re now down 2.1% for the quarter, but still up 9.8% for the year.

“Melbourne is the only capital that hasn’t seen some kind of improvement in its monthly results. Every other capital showed either a smaller rate of decline or even a rise over the month, but Melbourne was the exception,” CoreLogic head of research Tim Lawless said.

He predicted there would be further reductions in home values as fiscal support tapers away and more distressed properties come onto the market.

At the end of August, we saw some of our best auction confidence as vendors pushed forward with more knowledge of current market conditions. Of 16 scheduled auctions last week, only 1 seller withdraw from market.

The biggest sales of the month were widespread across BresicWhitney offices from Darlinghurst to Glebe, and Balmain to Hunters Hill. 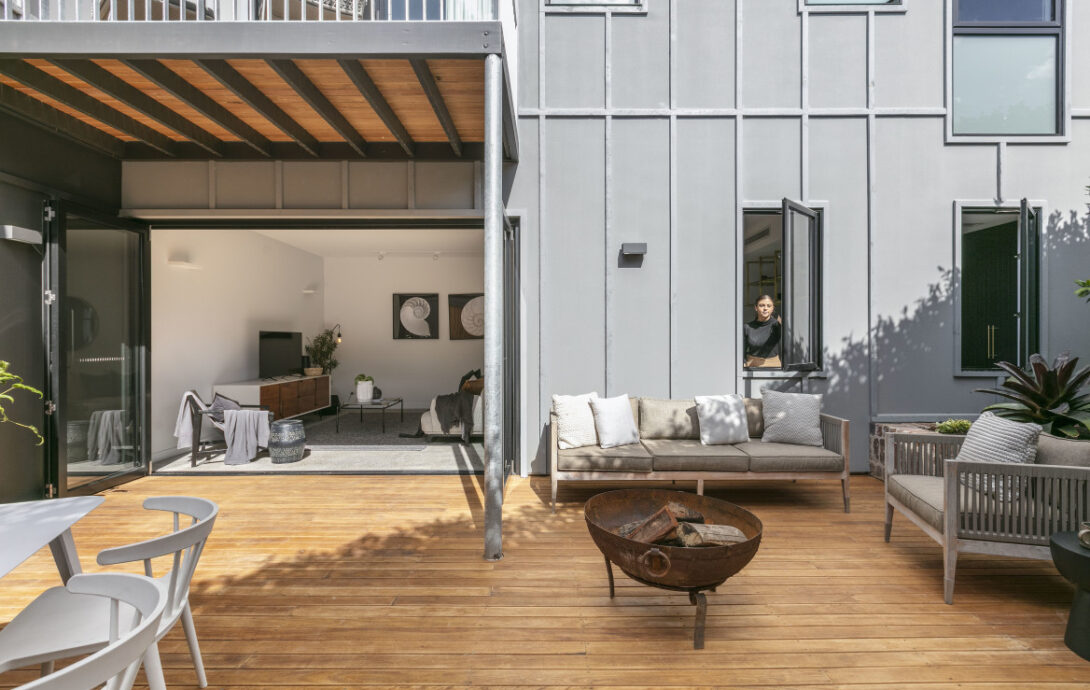 Our most popular sales included 2 laneway homes in Stanmore. First 2 Lorna Lane sold for $2.55 million. Then, 1 Budds Lane was snapped up for $2.7 million, both listed with Chris Nunn and Nick Playfair.

After Nicholas McEvoy sold more than $28 million worth of homes in Hunters Hill in July, he continued with a number of successes on the Peninsula, selling both 31 Alexandra Street and 10 Reiby Road off-market.

A highlight of the month was 46A Woolwich Road, Hunters Hill which Nicholas sold with Narelle Scott for $6.35 million.

Rhonda Yim and Renae Dickey continued our run of successful sales in Marrickville with 220 Illawarra Road sold for $1.35 million, while 18 Hollands Avenue sold with Nick Playfair for $1.47 million.

In Balmain, a number of BresicWhitney sales painted a picture of the demand for Peninsula homes. Adrian Oddi and Taryn Varcoe sold 26 Glassop Street, Balmain at auction on the weekend.

Meanwhile, Chris Nunn and Nick Playfair continue to have success with unique Annandale homes, the latest being 264A Annandale Street which sold for $2.235 million.

Everything else we sold is right here.

A final word from leasing.

With fewer leases signed than July but still 100+ for the month, owners are taking comfort in the patterns that indicate Sydney’s rental market is settling.

We went from people experiencing rental stress, to tenants looking for a better deal, to this current phase of stabilisation. 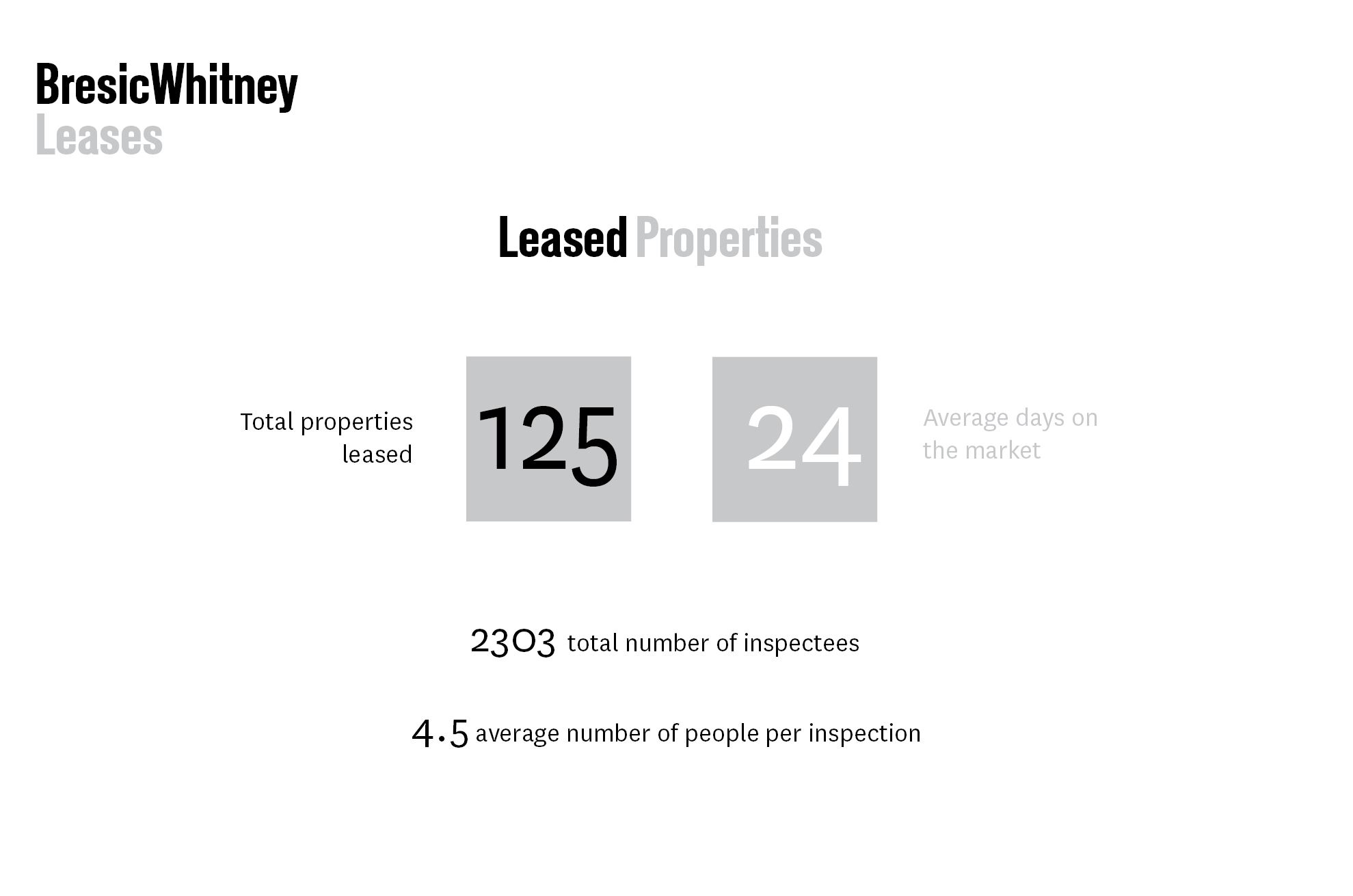 With more than 4 groups through each open home, we’ve maintained a consistent level of demand in this time, while finding solutions for our owners in this high-volume market.

See what we leased here.

Thanks from all the team.