Is this Sydney’s best warehouse home?

“New York style warehouse” is perhaps the most overused and misappropriated stereotype when it comes to Sydney warehouses. That is, unless we’re talking about the few that are worthy of that tagline.

Sydney’s historic tea merchants were responsible for some of the city’s most iconic warehouses and this one is considered extraordinary, if not the best.

Built in 1926 as a warehouse for Edwards & Co, it was the company’s tea headquarters for around seven years. Its warehouse authenticity is preserved in its sense of volume. This level-2 apartment was once the admin floor. Tea was hoisted up to the upper floors and dropped down a central chute on the SE side to horse and carts for delivery around Sydney.

Now a Strata building of just 5 entire-floor apartments, the sign atop the facade remains in red and white glazed bricks built into the parapet. 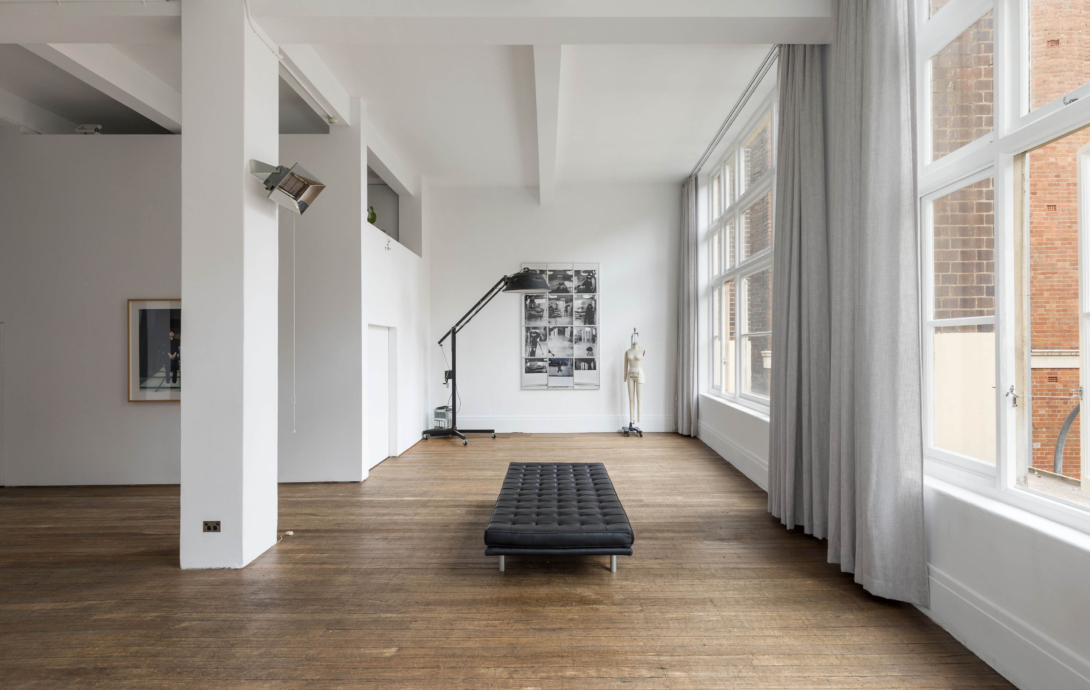 In the early 1990s, photographer Geoff Lung returned from New York City where loft living and photographic studios were more widespread than Sydney. “I had shot in a lot of NYC studios and was taken by the architecture and beautiful warehouse spaces there,” he says.

“I was searching for a studio and I walked into this space, seeing the 5m ceilings with the large full-width windows and the amazing light, I knew it was right.” 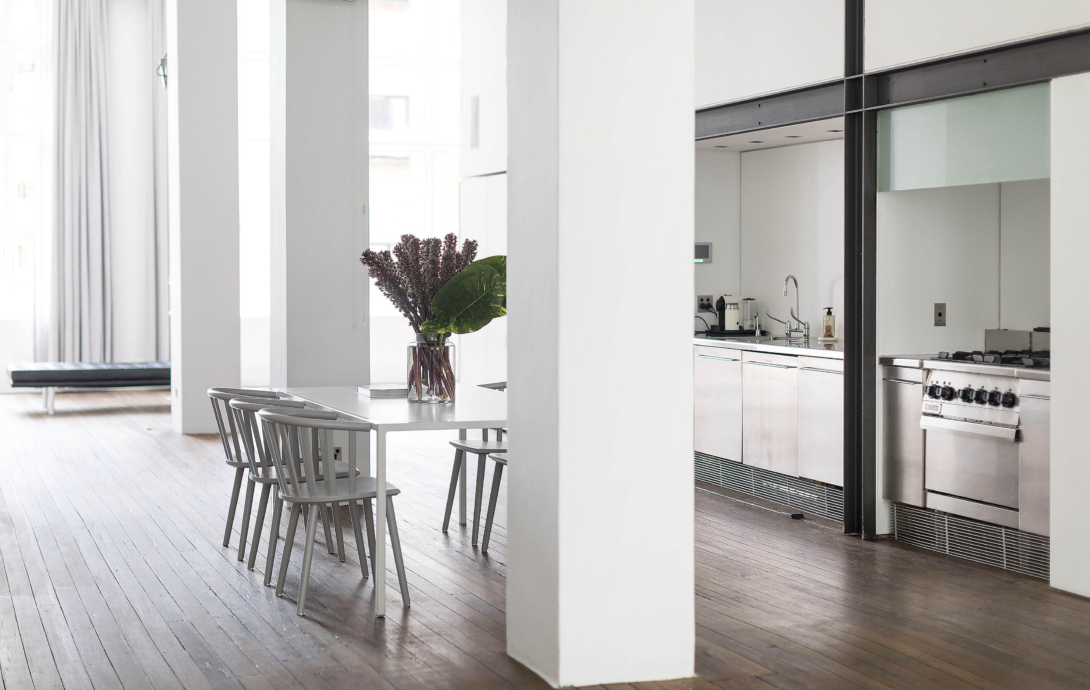 Ian Halliday of Burley Katon Halliday stepped in to design the interior with a simple plan of completeness, integrity and respect. Ian completed the north side while architects Mike Vail and Peter Card (who later purchased level 4) went on to finish the south.

But if these walls could talk, they’d gossip for days, dropping plenty of notable names. Tales around here are abundant. 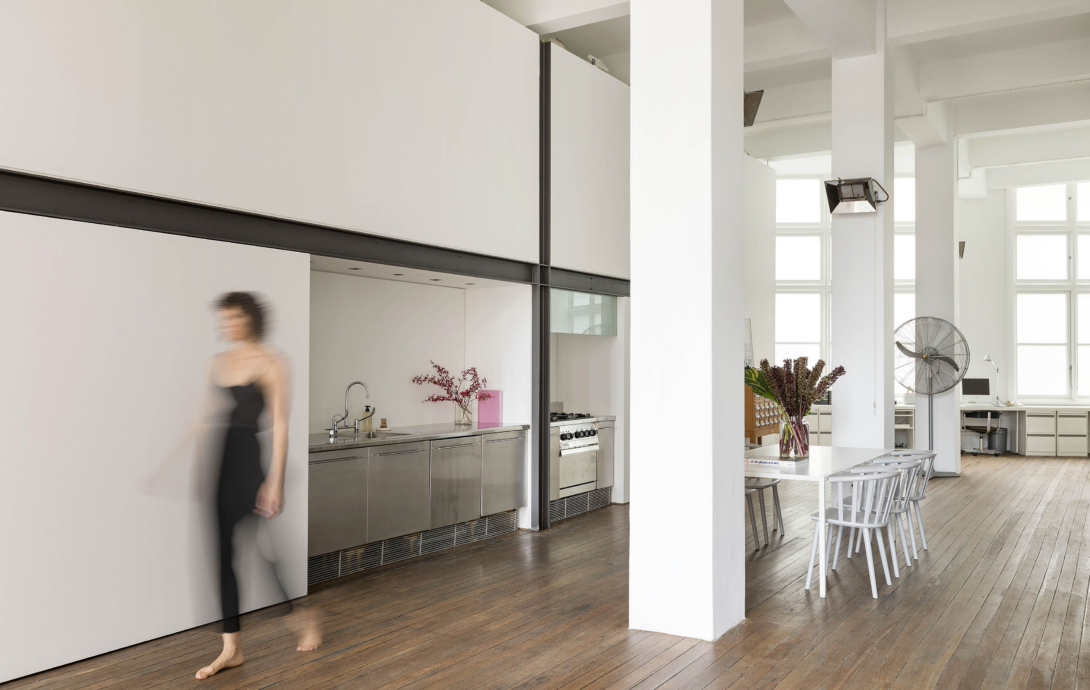 Arts luminary Noel Stanton once owned the apartment upstairs. Nicole Kidman and Tom Cruise would often dine up there. It was the best dining room in town. Ask Baz Luhrmann, he’d know… He and love Catherine Martin picked it for their own wedding reception. And Baz knows locations…

Casting agent Kyann Bunton was next, purchasing level 3. After years as a rundown warehouse, the building was attracting creatives and photographers searching for inexpensive space with good light.

Long time tenant, photographer Chris Lemech, established Igloo Studios on level 6. With access to the rooftop, this saw the building become a hub for photographers shooting fashion and celebrity portraits. It was famous for hosting shoots for everyone from Kylie Minogue to Michael Hutchence.

Danny Leser, son of publishing icon Bernie Leser, purchased level 6 and the rooftop to set up a Lazerlight Studios. Reminiscent of Igloo, it continued to service fashion photographers and the magazine industry and expanded downstairs. 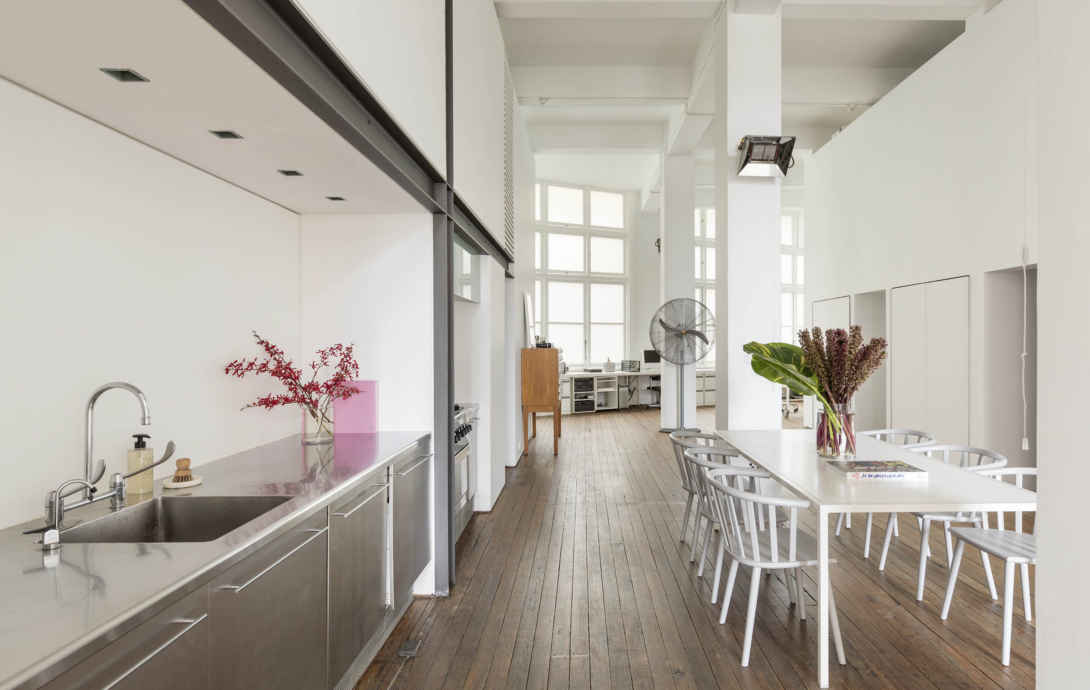 Level 2 is as NYC as Sydney warehouses get. Its oversized timber windows and its hardwood boards remain. Over time, the original minimal fitout has endured. Nothing more, nothing less.

With its industrial kitchen and mosaic bathrooms it’s a comfortable home. But almost 3 decades since Lung lucked upon this raw space, nothing has been spoiled.

In this fast-moving part of town, that’s rare. 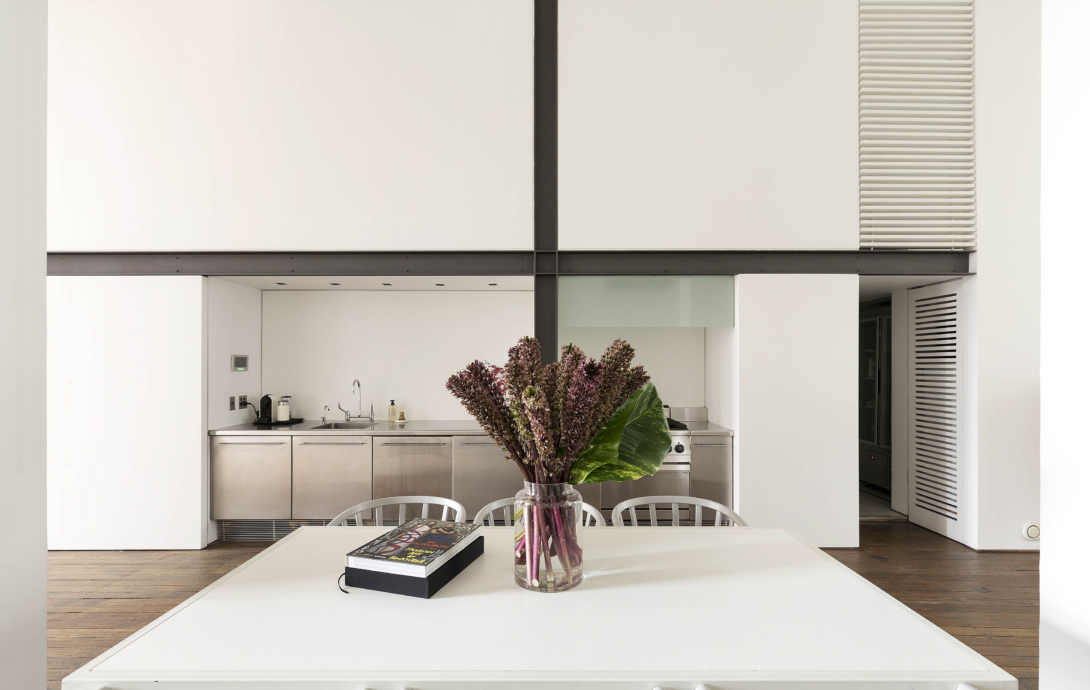 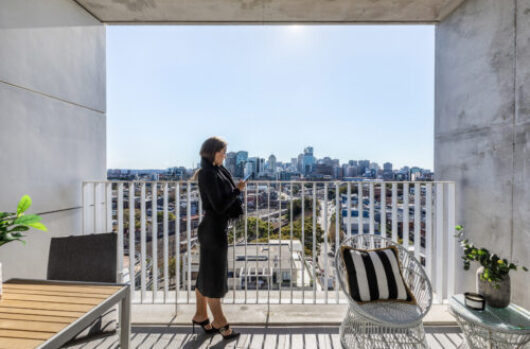 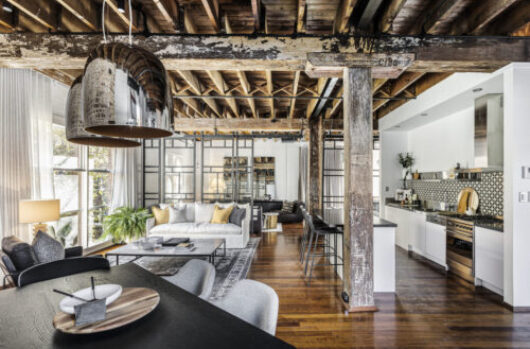 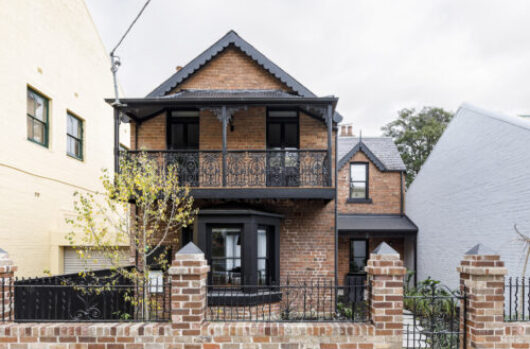 Life is on hold, but property isn’t 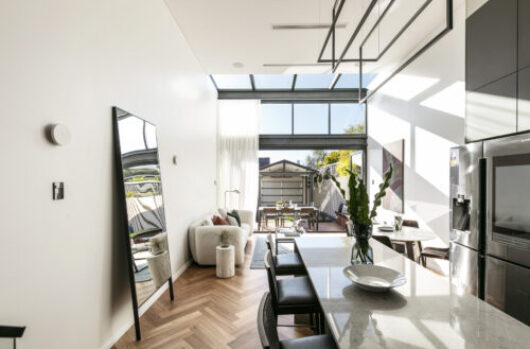 A toast to technology in Lilyfield