Sydney’s hot property market revealed a new trend this year as more buyers bought into the idea of the perfectly renovated home.

With prices increasing across most assets faster than anyone could possibly add their own value, things were moving too fast for renovators. At the same time, a rise in construction costs and demand for builders and tradespeople made home improvements more expensive.

We felt the focus shift at BresicWhitney, as brand new finishes courted more favour with buyers. Most of our 2021 media headlines came from fully-kitted offerings. Renovated homes were the new black.

Head of Sales and BW auctioneer Thomas McGlynn saw it up close and personal, with these homes making up our hottest auctions too.

“On the auctions front, we saw a shift in demand from buyers this year,” Thomas said.

“At the start of the pandemic there was a shift to renovation and home improvement. But as we moved through the cycle, and people realised the value of time spent at home, they wanted more.

“That really amplified the demand for homes of turn-key quality.”

CoreLogic’s Construction Cost Index (which measures the change in building costs) showed residential construction costs were skyrocketing, with a national increase of 3.8% in the three months to September 2021, the largest quarterly increase since 2000.

Company research director Tim Lawless said the surge in dwelling approvals, which peaked in March, was now progressing through to construction, causing wide spread demand for materials and trades.

“For anyone who is looking to build or to renovate, or for someone who owns a business involved in the residential construction industry, it means they are all likely to be facing significantly higher costs,” he said.

“With a shortage of trades, it’s evident that the market is appreciating good design,” he said. “With people often working from home, the likelihood of living through a renovation has diminished.”

Another property with a surprising result was 410 Moore Park Road, Paddington, selling in 4 days for a street record of $9 million.

Both sold with Maclay Longhurst, they were examples of homes that ticked boxes for the 2021 lifestyle.

“Buyers could imagine themselves stepping straight into the space whether working from home, spending extended time indoors, or whatever else the year was going to throw at us,” Maclay said.

10 High Street, Balmain sold with Adrian Oddi for $5.6 million. One of the best renovations we saw all year, it appealed to a shortlist of luxury-focused buyers without hitting the open market.

Another suburb record was set at 76 Douglas Street, Stanmore for a luxuriously updated family entertainer, sold with Chris Nunn for $4.27 million.

Renovated with unique artistic flair throughout, Rhonda Yim sold nearby 60 Westbourne Street, Stanmore for $2.59 million, with a couple signing before both parties had even inspected.

Looking towards the end of 2021, home prices in Sydney will post the fastest gains of our capital cities, forecast for a 27% jump overall. Even with media talking about some softening of the market, the rise has been strong.

“As the market finds its feet into this end-of-year period and into 2022, we expect these quality assets and turn-key residences to continue with standout popularity,” Thomas McGlynn said. 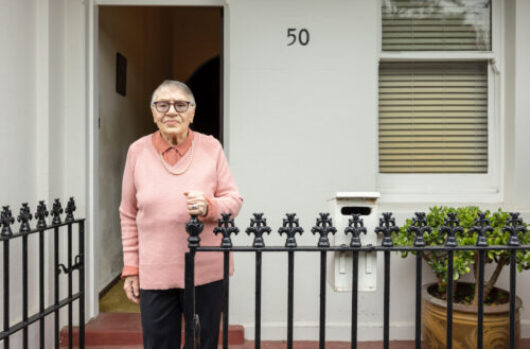