It’s home to more Michelin stars than any other glitzy city in the world, including Paris, and while it continues to progress, it’s widely celebrated for deeply rooted cultural traditions.

A look behind the swish of a split curtain reveals Tokyo’s secret force: proud, perfectionist chefs in tall white hats. These chefs take a dish and perfect it with heart and soul. They look for harmony, balance and that magical umami which brings ordinary food stuffs to lurid life.

It is no fluke then that the roast pork in spicy ramen melts in your mouth, or that perfectly cut bonito tuna dissolves with the touch of your tongue. Traditionally, a sushi chef or itamae trains for 10 years before serving sushi in a restaurant. 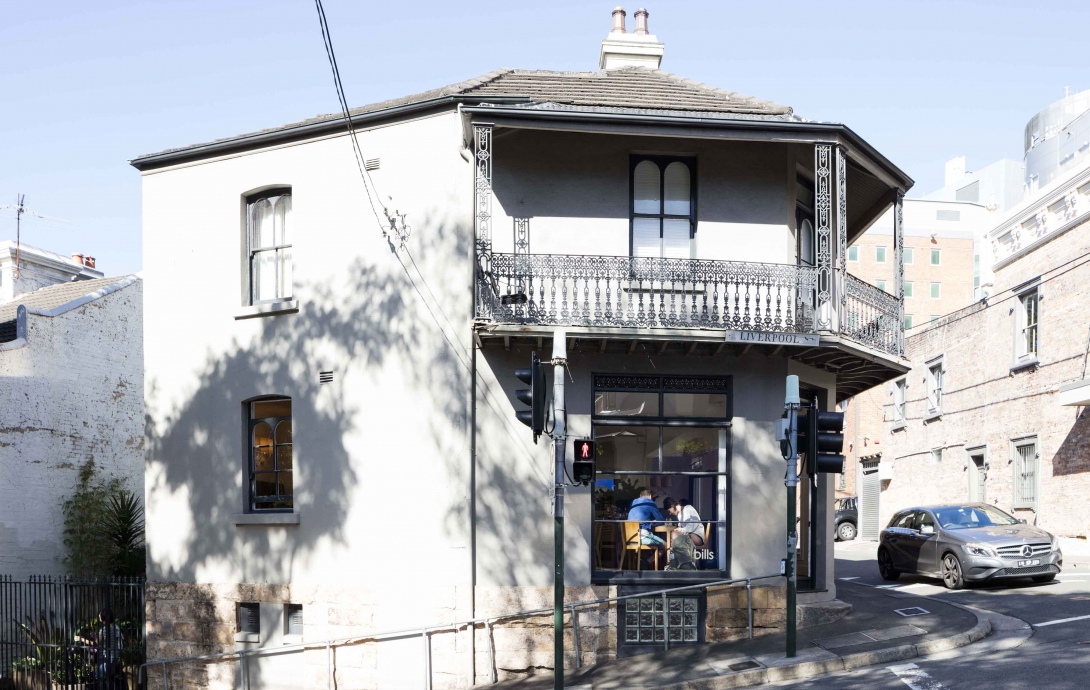 Bills’ sunny, easy-going approach to food is an essential element in his enduring popularity. In 1993, at the age of 24, he dropped out of art school and opened his first restaurant, Bills, on Liverpool Street in Sydney’s Darlinghurst.

It’s remarkable then these fussy tastemakers have imported Bills from Darlinghurst to super charge breakfast in Japan, and The Apollo from Potts Point to add buzz to up-scale Ginza. Australian cuisine has arrived! Our verve and culinary muscle is finally standing shoulder-to-shoulder with the world’s very best. Sydney’s inner-city restaurants have been rubber stamped for spine-tingling Tokyo.

This April the spotlight is on the dynamic Sam Christie and Jonathan Barthlemess. The pair have just opened a 180-seater restaurant in Ginza’s brand new Tokyu Plaza. Their new joint gleams with floor-to-ceiling windows and enough marble to make an Italian smile. 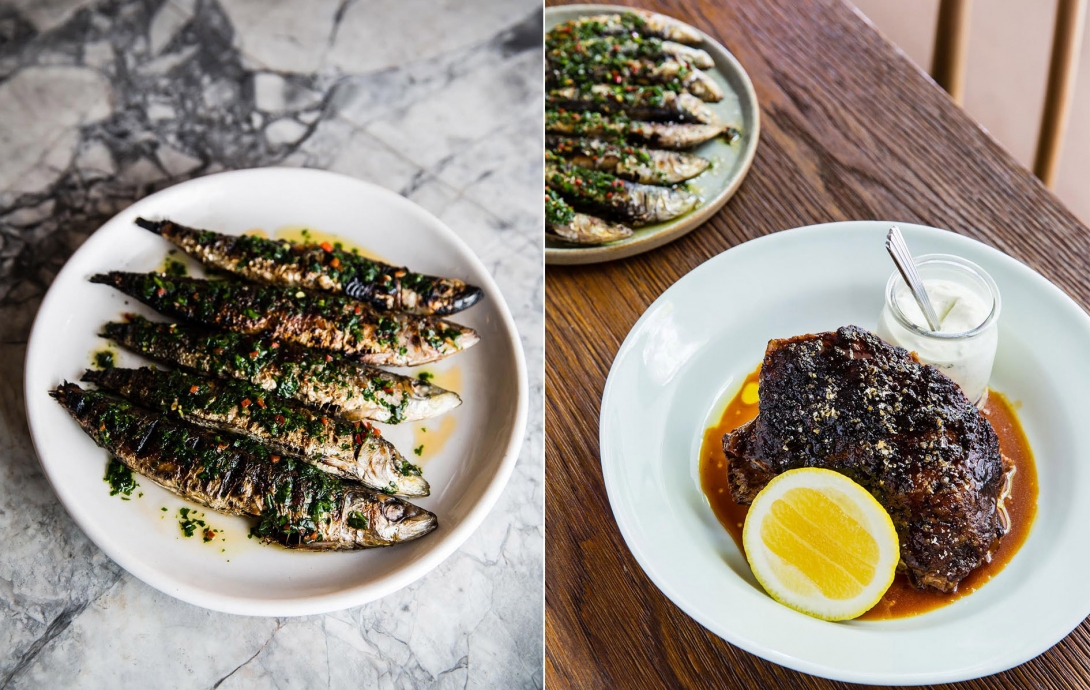 Oven baked lamb shoulder with lemon and Greek yoghurt is one of the house specialties at The Apollo. In Tokyo the restaurant will import Australian Ranges Valley lamb for cutlets and shoulder dishes.

From its Macleay Street home, they’re bringing the first-ever modern Greek restaurant to Tokyo’s most glam hood. The feeling of the original restaurant is preserved, with elegant exposed ceilings, a neutral grey backdrop and large distressed concrete pillars.

This is a place where Bally bags fill tiny elevators to the brim and handbag-sized dogs are the status symbol of the nouveau riche. A hood where fashion bloggers, young professionals and ladies who lunch love to see and be seen. 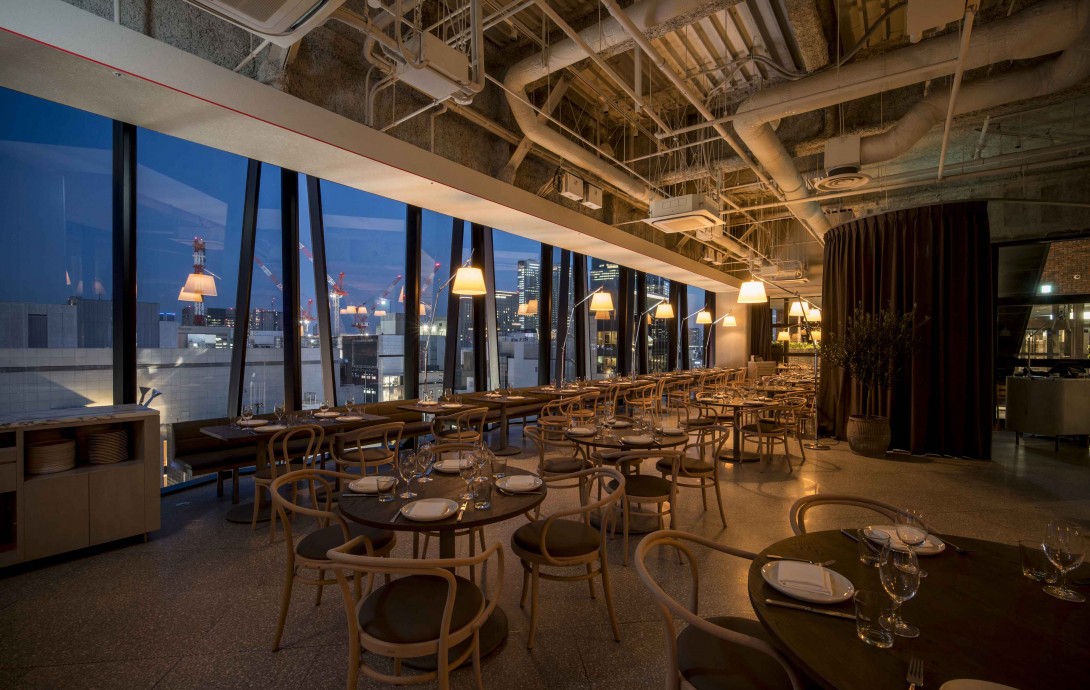 The Apollo Ginza will offer guests a 180-seat restaurant with an interior designed by George Livissianis. The menu will continue to include a focus on shared plates and dishes cooked over wood-fire.

“Sydney has a good instinct for the dishes being created. The look of it, the plating, the colour and the ingredients being used. Even if everything on the plate was not organic, the dishes look very natural, healthy and fresh,” Nakamura says. While we might be spoilt for this kind of eating in down and dirty Darlo – it’s a changing of the guard for Tokyo locals. “The people in Japan are starting to try those sorts of simple, healthy dishes. Especially in Tokyo,” Nakamura says.

Restaurateur Sam Christie who once worked for Tetsuya Wakuda and went on to open the modern Thai joint Longrain followed by Aussie Japanese Cho Cho San, says the simplicity and respect for produce in Japan parallels the simple Greek food philosophy The Apollo stands for. “Simply cooked fresh produce with olive oil, lemon and herbs. The use of fire and frying and of course, both the Japanese and the Greeks have an extremely sweet tooth,” he says with a smile.

“Tokyo has had a long love affair with Italian food, and they’re more than ready. They embrace the new and for them, this is something new,” he says. Translating his laid-back vision for Macleay Street to downtown Tokyo has been a pleasure. “I love the Japanese people, I love coming here, I love their sense of style, their patience and their work ethic,” says Christie.

His business partner and Executive Chef Jonathan Barthlemess agrees, “It’s an absolute pleasure that can’t be under estimated. Tokyo is a kick arse city and getting to add to the vibrancy of the city and bring something new, is so satisfying on a professional level,” he says.

Bill Granger of Bills fame is equally inspired by Tokyo. He launched his first Darlinghurst style cafe back in 2003 and now has four Tokyo cafes in Odaiba; Ometesando, Shichirigahama and Yokohama in Japan. The menu is similar to Sydney’s with some additions to signatures dishes and a special kids menu in some locations. 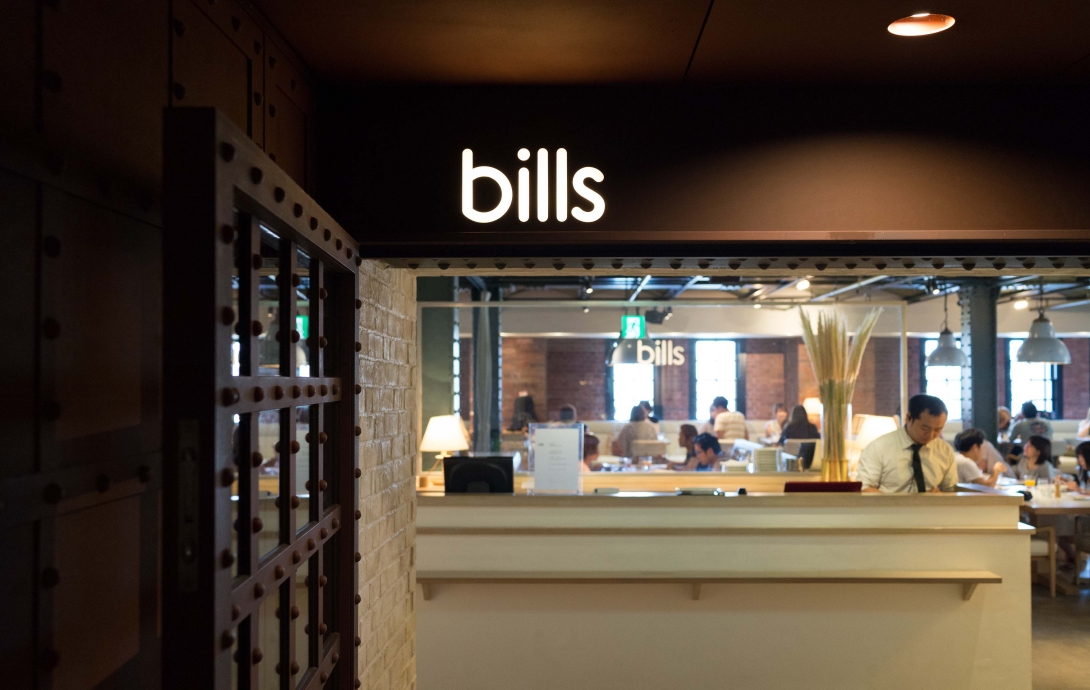 “The second Bills to open outside Australia made its waterfront home in the Red Brick Warehouse at Yokohama Port – a famously romantic, historic building that dates back to 1911. Just about everyone I meet in Japan claims to have had a date here at some time in their life! We created an airy, white and grey, canteen-style dining room to compliment the architecture of this iconic industrial building, while the glass-walled terrace offers stunning views over Yokohama Bay.” – Bill Granger

“I do restaurants where I can get inspired,” Granger told Rebecca Millner in a candid interview with The Japan Times. “I’m a home chef, I’m not a professionally trained chef. Everything comes from me –  it’s the same idea as having people around the house for dinner, which I know is a particularly more Western thing.  So what I wanted to do was to make it quite domestic and cozy, and I think that’s a bit different for Japan, maybe?” Granger said. “A good restaurant is always the taste of the owner, like a designer. And you can be lucky: sometimes it works and the market aligns, and sometimes it doesn’t and you just have to be true to yourself.” 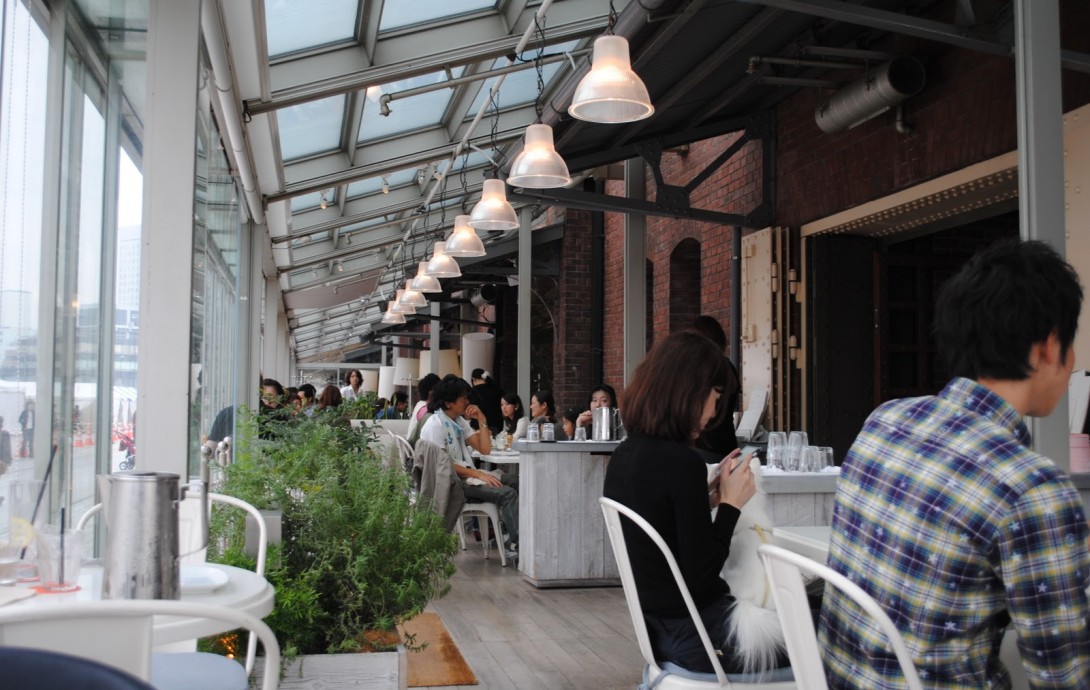 Bills restaurants in Japan are cited for kicking off a pancake craze. They are reported to move 1,770 plates of pancakes per day.

For Nakamura who’s backed winners in both GyG and Bills, the right product matched with the right site, is crucial to getting cut-through in Tokyo. “We are quite happy with the amount of Sydney restaurant success stories that we have created here. We might work with one or two more, and then leave it for a while.

“I think of Transit as a cultural engineering company, which by my definition means I want to create a brand new culture of dining-out in Tokyo. So for Bills it was breakfast culture, for Max Brenner it is new ways to enjoy chocolate and then with The Apollo, we will be introducing new Greek food to Japanese people and spreading it all over the country,” he says.

Nakamura who used to be a menswear buyer for hip department store Isetan before founding Transit, says he wants nothing in the vibe of the original Apollo to change. “The biggest impression that I had when I went to The Apollo was that they were all good looking staff, with a very casual and friendly serving style. Inside it is very lively with lots of noise, but it is still a very comfortable setting. I feel that we can achieve a similar vibe and atmosphere here in Ginza.”