Far from Sydney: the ‘dead heart’ on film

Our country’s dead heart seems overly remote to visit for a long weekend. Uluru is a 30-hour drive from Sydney – a road trip that almost takes in Adelaide before finally meandering north into the desert. A few weeks might survey it better with ‘The Red Centre Way’ unveiling a grand tour of central Australia, delivering Uluru, Kata Tjuta, Alice Springs, Kings Canyon and the West MacDonnell Ranges in one.

But for time-poor Sydneysiders, the 3h 35m-flight to Uluru beckons a crash course of country, and an escape that can be appreciated in a single weekend.

Read on or click through an Uluru photo blog. 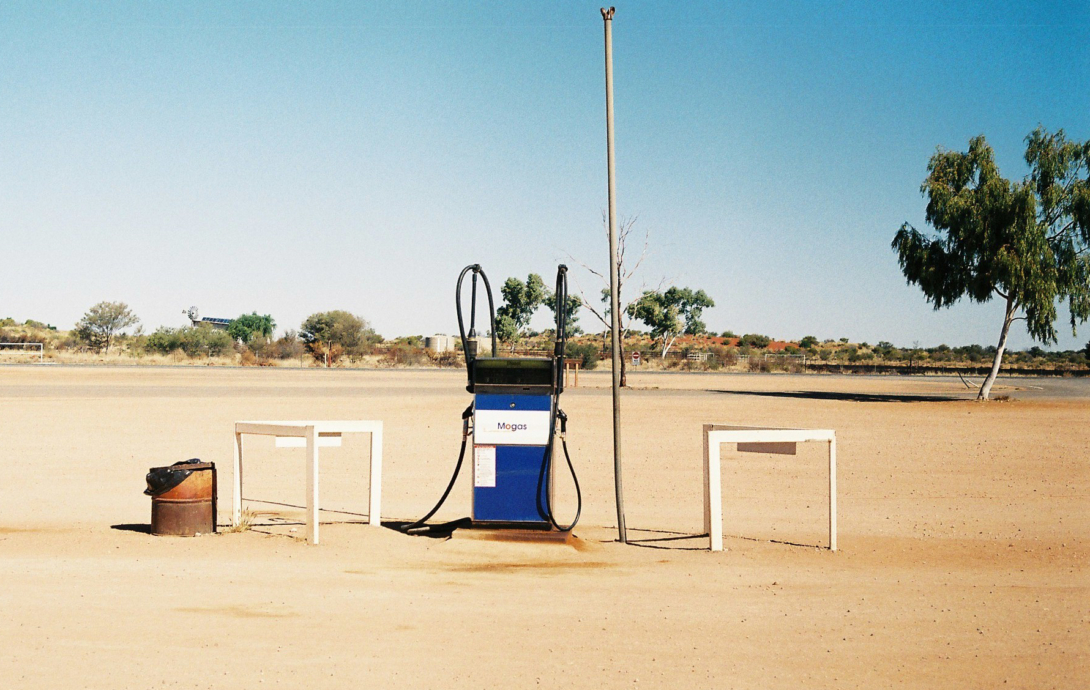 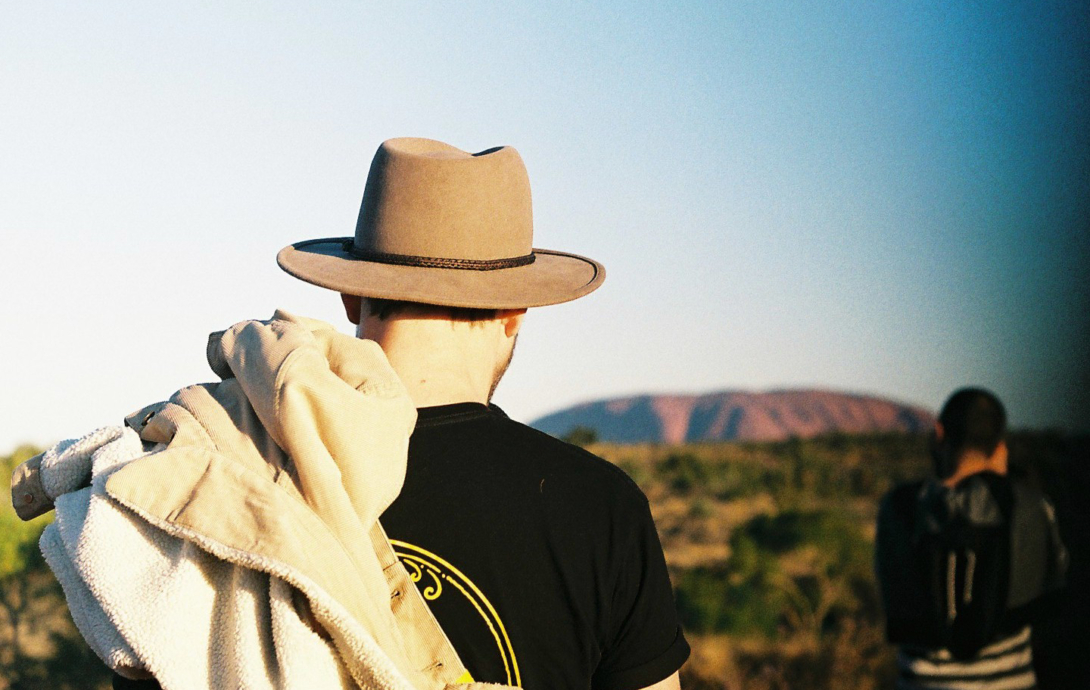 Like our inner-city environs, we arrive to an Uluru wrangling the balance of culture and change.

The ‘climb temporarily closed’ sign is a perplexing reminder that anyone might still assert a need to climb this sacred site. And only then, the tourist climb is closed out of respect for a great man who had recently passed. This was a man who always spoke up strongly to support the parks’ traditional owners, Anangu. An important person with an incredible legacy, the Anangu people are holed up experiencing ‘sorry time’.

(In 1985, a ceremony took place at the base of the rock for handback of the title deeds to Uluru-Kata Tjuta National Park to the Anangu people. This traditional owner, Yami Lester, was instrumental in driving that historic event to happen.) 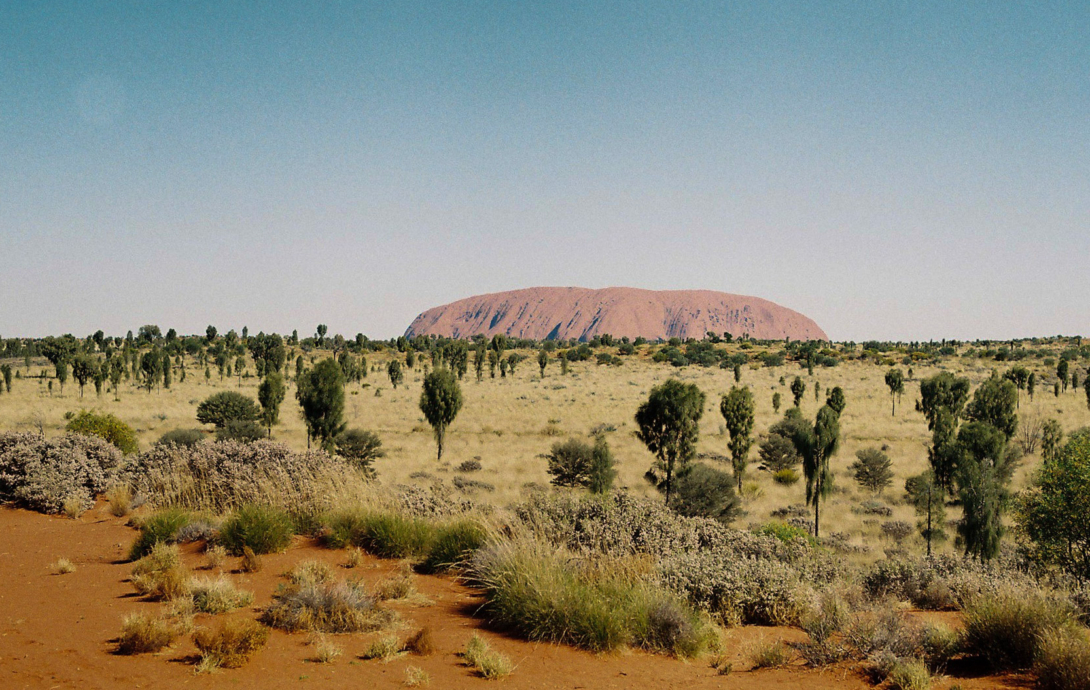 Witnessing the beauty of Uluru without the peripheral vision of climbers is something special in itself. It allows you stand humbled in its awesomeness, in tune with its stillness.

Most days the tourists scurry like ants up the side of Uluru, intent on conquering the monolith, taking selfies, completing their bucket list. Under a current management plan, the climb will eventually close, but only once climbers fall below 20 per cent.

The temporary closure is told to visitors in contradictory messages, depending on who’s speaking. A spirited young tour guide driving people to the site injects her own opinion on the matter: “Unfortunately the climb is still open. But it is closed today.”

The subtlety of her choice of words isn’t missed. 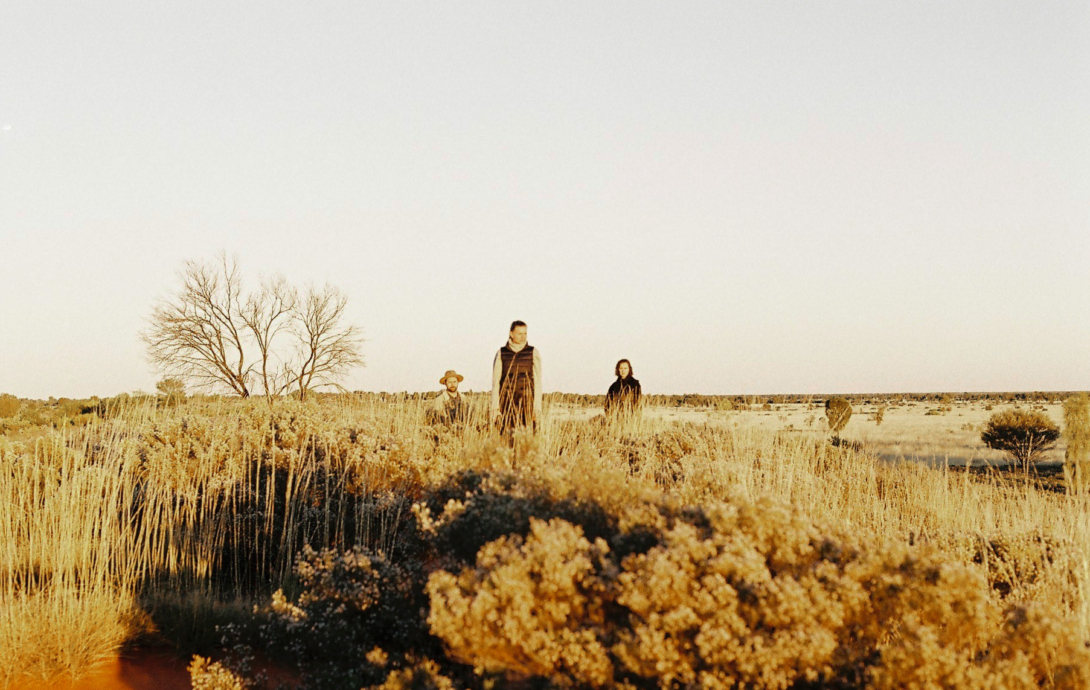 Another tour guide goes through the motions saying, “Unfortunately for you the climb is closed today”.

All the while, at the base of the rock a message dictates the wishes of the Anangu people in the words of Kunmanara, a traditional owner:

“That’s a really important sacred thing that you are climbing…You shouldn’t climb. It’s not the real thing about this place. And maybe that makes you a bit sad. But anyway that’s what we have to say. We are obliged by Tjukurpa (Anangu law) to say. And all the tourists will brighten up and say, ‘Oh I see. This is the right way. This is the thing that’s right. This is the proper way: no climbing’.”

The Anangu want Uluru to be caressed only by sands and wind. Yet in 2017, more than 30 years after the historic handback, some people are still intent on experiencing cultural sites the only way they know how – their own.

When in transit around Uluru base, photographing certain sacred areas is forbidden. But nothing can stop the chorus of iPad shutters.

It’s unwarranted because by 6pm, the Uluru sunset viewing area is ripe for some of the best snaps visitors will ever take. As the rock changes colour from auburn to pink, purple and rust, any blurry moments captured through bus windows become more insignificant.

This is what we came for. People sitting atop buses, vans and Landcruisers take in the show. They’re weary from the 10km walk around the rock, but they’ll stay to watch the moon climb to life. 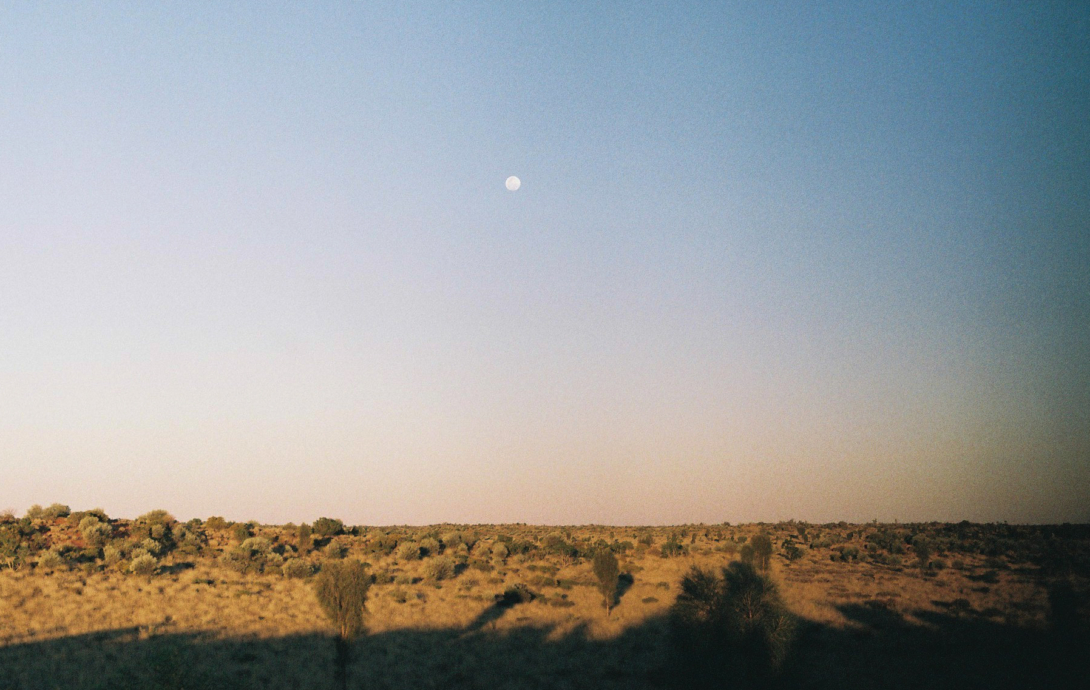 Come morning, the wild landscape of Kata Tjuta beckons 40km away. The burning red boulders are even more impressive in scale and mesmerising for sunrise viewing from nearby dunes.

The Valley of the Winds walk is the longest Kata Tjuta trail and finding the trailhead before the hordes roll in means exploring its columns and dry creek beds, away from the crowds.

It’s ambitious but a full experience can be absorbed in a weekend – incorporating an afternoon at Uluru and a morning at Kata Tjuta. From camping to 5-star ‘glamping’ to resort accommodation, the pace of the red centre is fast being fine-tuned to appeal to a wider range of visitors. 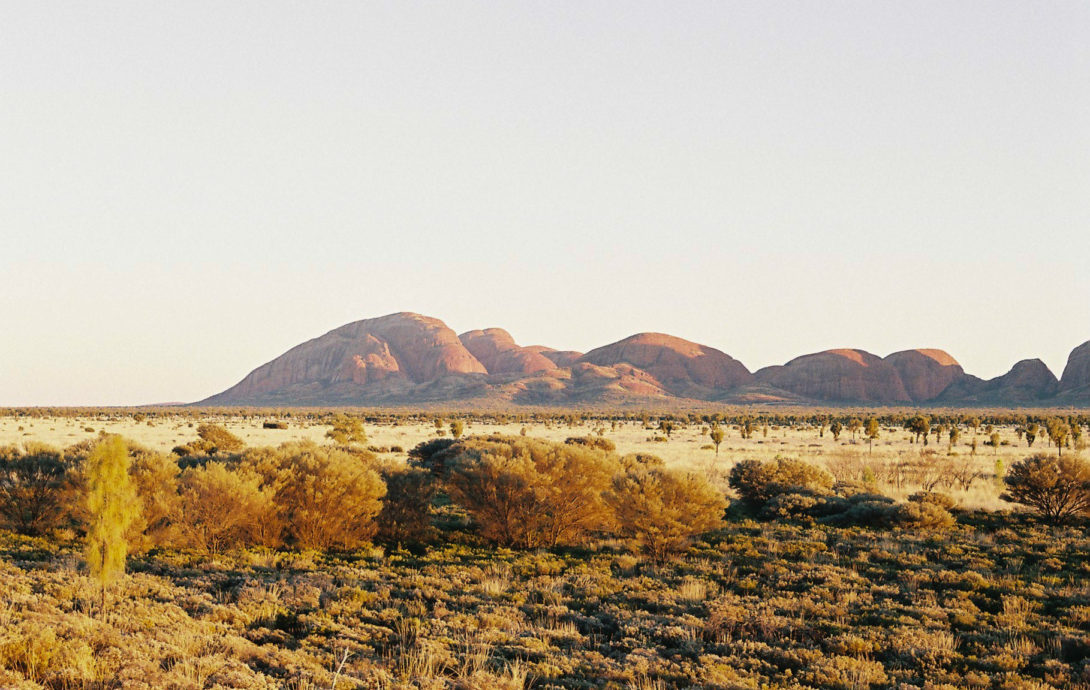 In town, an Indigenous training academy plans to boost Indigenous workers to around half the local workforce. With previously no way to learn about traditional culture, a series of experiences now help guests engage with traditional dance, interactive didgeridoo performances, guided botanical walks and storytelling sessions.

If visitors do their part too, and listen, they’ll find the most memorable experiences are the simplest. 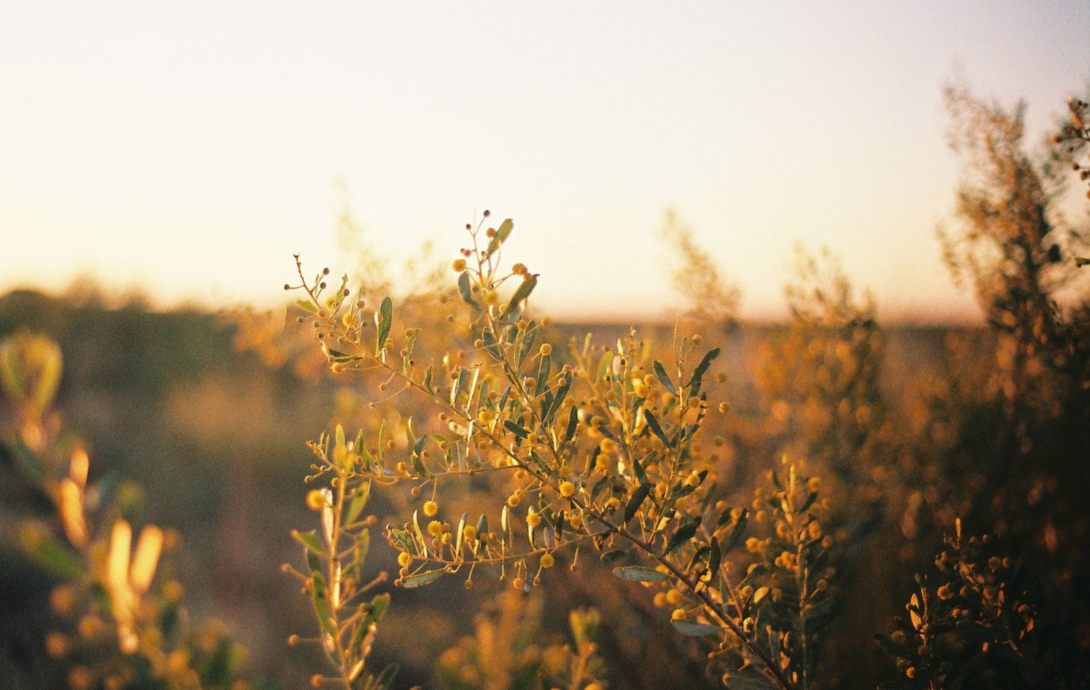