Taking to the streets this October to raise both empathy and funds.
Category: Community
Share with:

People will take to the Darlinghurst streets again this October to ‘sleep rough’ for the 2019 Roughtober campaign.

An initiative of Rough Edges education program, their old Darlo cafe has been a lounge room for the street community for more than 25 years, often the only escape from the harshness of the streets.

The initiative creates empathy around homelessness (and raises important funds), with BresicWhitney agent Darren Pearce a regular on the streets for the campaign. He’s encouraging locals to join him.

A message from Daz:

What you should know:

More than 117,000 people are experiencing homelessness in Australia.

1000 of residents in Kings Cross/Darlinghurst/Surry Hills experience homelessness every night.

More than 40,000 people are on the wait list for public housing with a waiting time of 5-10 years.

Rough Edges gives out over 14000 meals every year.

Single women over 55 are the fastest growing group of people becoming homeless. The number of older women forced to couch surf in Australia has almost doubled in the past four years. Often domestic violence is the cause.

You can sponsor Darren Pearce here. Or, sign up to join him on the night. Go on… 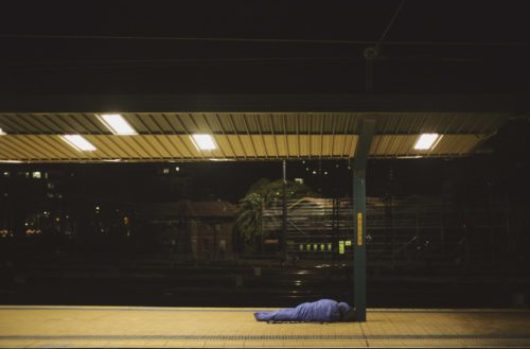