If you love setting off fire crackers, culinary celebration and seeing art, then Chinese New Year has more to offer than you might expect.

City of Sydney has really helped raise the profile of this festival in the last 5 years. It now takes in the whole of the Chinese diaspora, plus traditions from Malaysia, Singapore, Korea and Thailand.

Across the opening weekend, famous landmarks like Sydney Opera House and the Harbour Bridge will be lit red to symbolise good fortune and joy, and the Lunar Markets will be staged at Pyrmont Bay Park over 11 moonlit nights. Over in Redfern, chef Kylie Kwong has curated a Night Market at Carriageworks on Saturday 28 January which will feature food inspired by the whole of Asia. 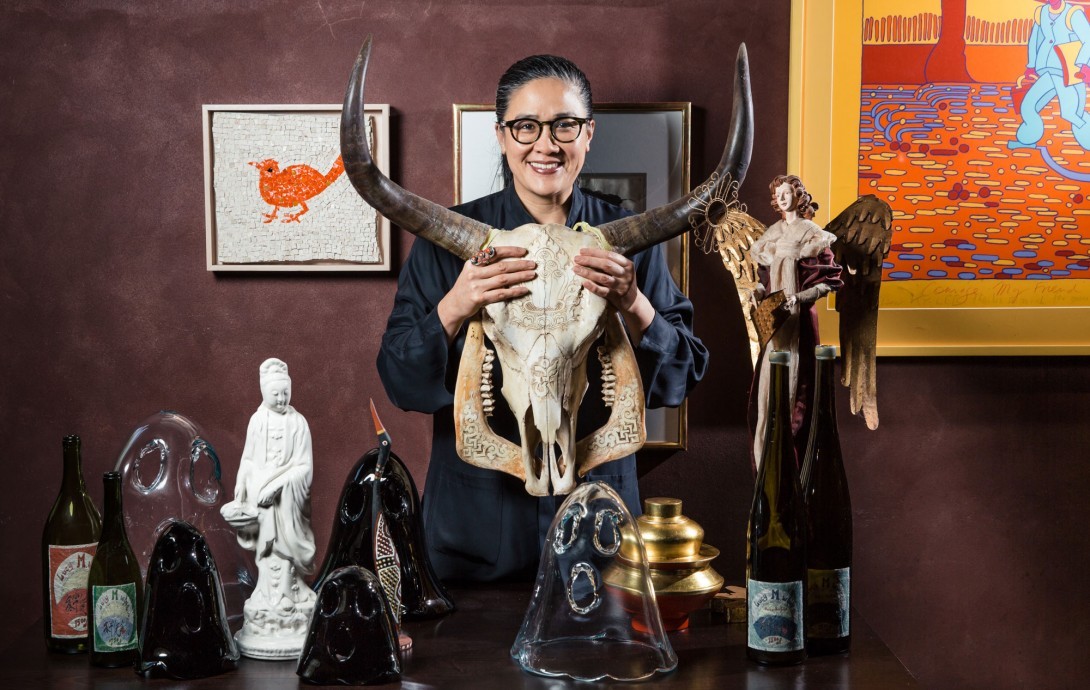 “My vision is to offer a melting pot of multi-cultural food dishes in which all of these amazing foodies are asked to think of a dish that reflects their own unique style, with an Asian twist!” says Kylie.

According to Kwong, some of the foodie highlights include “Billy Kwong’s pork dumplings with ginger & tamari, pork buns filled with Saskia Beer’s pork and Wayside Chapel Rooftop Honey; and steamed savoury pancakes with organic eggs, salt bush and Asian herbs.”

Rickshaw Tales is another cool street activation by 4A – the Chinese Centre for Contemporary Art in Haymarket. This ticketed event, allows people to take a customised rickshaw ride to hole-in-the-wall foodie spots in Chinatown. The rickshaws have been decorated by Chinese-Australian artist Louise Zhang and will whiz between foodie venues in the area.

Director of 4A Mikala Tai, says the activation was a response to the disruption caused by George Street closures and also Louise Zhang’s love of the local area, including sticky Pandan desserts. 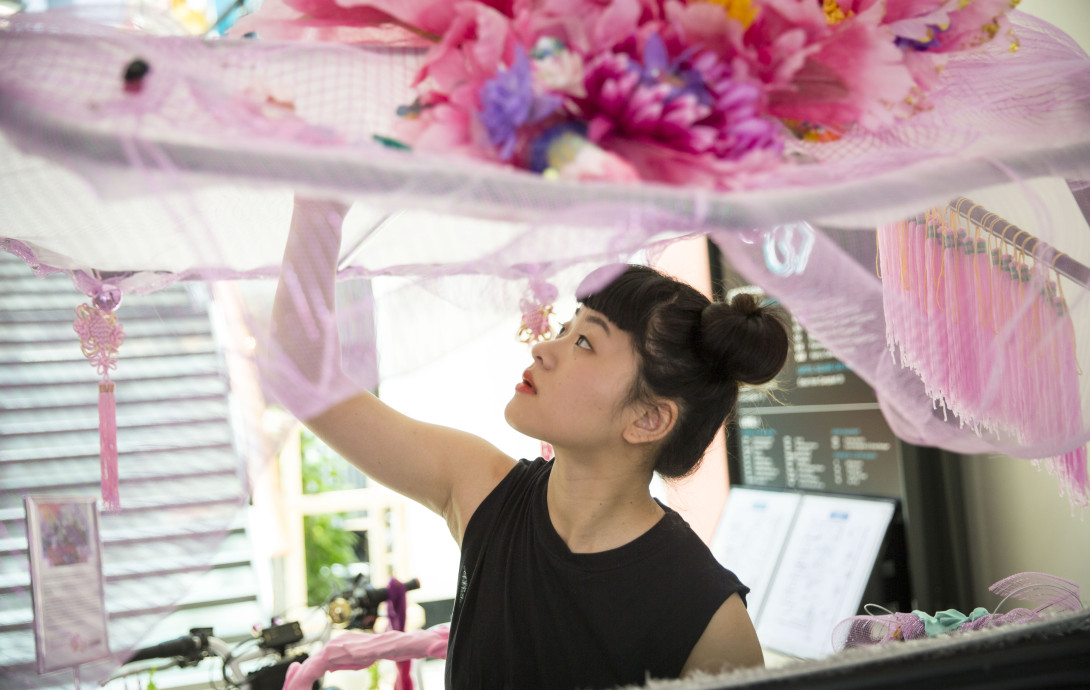 “Rickshaw Tales helps to illuminate that it’s not just Chinese New Year. It is many New Years that happen at this point in time. So we are really trying to get out to all the little communities that celebrate this time, whether it is to Thai-town or Little Korea,” she says. Back at the gallery itself, Tai says 4A is showing an exhibition called Before the Rain which addresses the tensions that precipitated the recent political and civil urgency in Hong Kong. But if you prefer food to politics, then why not get off the beaten track this Chinese New Year and try-out some different Asian cuisines?

Momofuku is great for slick, fancy modern Korean at The Star or why not burn up a Korean BBQ storm by tasting Malaysian dish Red Fire Chicken, which you can experience at Danjee on Albion Place or Sydney Madang on Pitt Street. Feeling in the mood for some delicious traditional Korean? Then don’t forget to order the festive New Year Korean pancake called ‘Jeon’. You can try it at O Bal Tan off Pitt Street, or try Seoul Project on Wilmot Street. 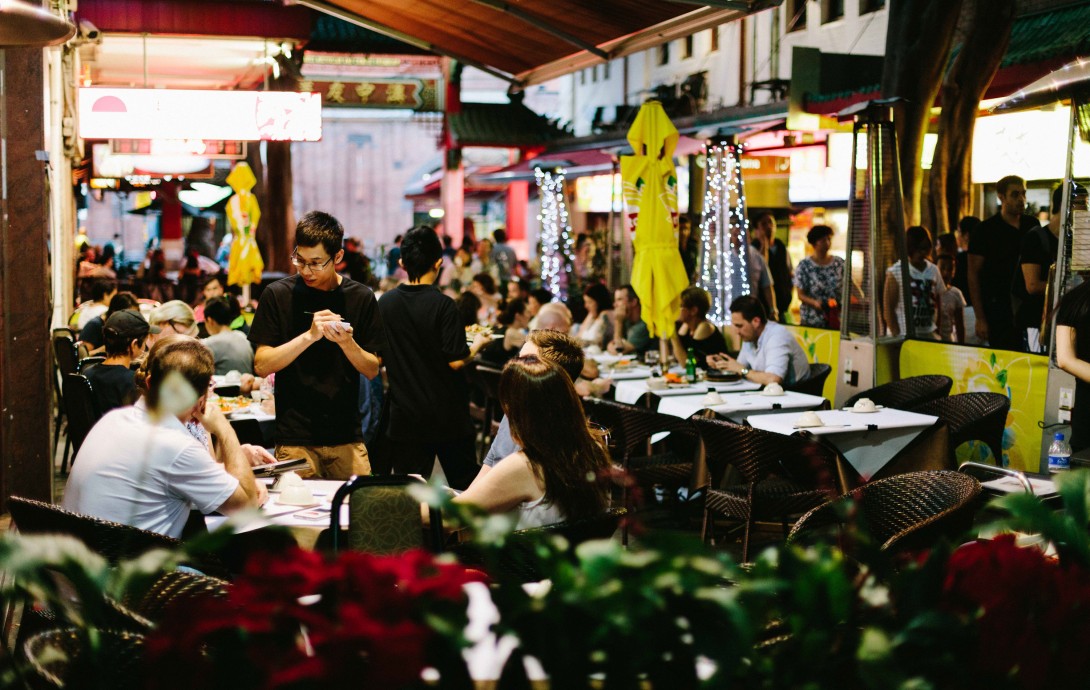 Much of what we know of Chinese food in Australia is Cantonese cuisine. Cantonese is great because it is all about the shared table. Think of grand Chinese banquets, the joys of yum cha, barbecued meats and even hoisin sauce which are all native to Canton (now known as the Guangdong province in modern China).

Guangdong’s capital Guangzhou is a sister city of Sydney. So you can easily get involved with this familiar Cantonese cuisine at Golden Century, Silver or Mr Wong. Just remember to book.

For those who love fragrant herbs and spice together, there is also the Vietnamese New Year called Tet, which you can celebrate at Mama’s Buoi in Surry Hills or Bene Café on Castlereagh Street.

Soak up the warm nights, holiday ambience, beautiful colours and cockerel themed decorations in the city or host a big family dinner at home. Family reunion dinners are staged on 28 January and red envelopes of money are given to children and the elderly, or sometimes by employers to employees. It’s a really joyous time where the focus is on setting up great patterns for the year ahead.

Foods are eaten which symbolise long life and prosperity. Dumplings and spring rolls resemble money purses and gold bars respectively, so they’re high on the list. And in the symbolism of the Lunar New Year, long noodles signify long life. Seafood is also the most appropriate and essential fare for Chinese New Year. Cook a whole fish to really get into the right spirit, because serving a whole animal is a new year’s tradition indicating completeness. On top of that, the word for fish in Chinese is yú, which sounds like the word for surplus! Which is what you want! 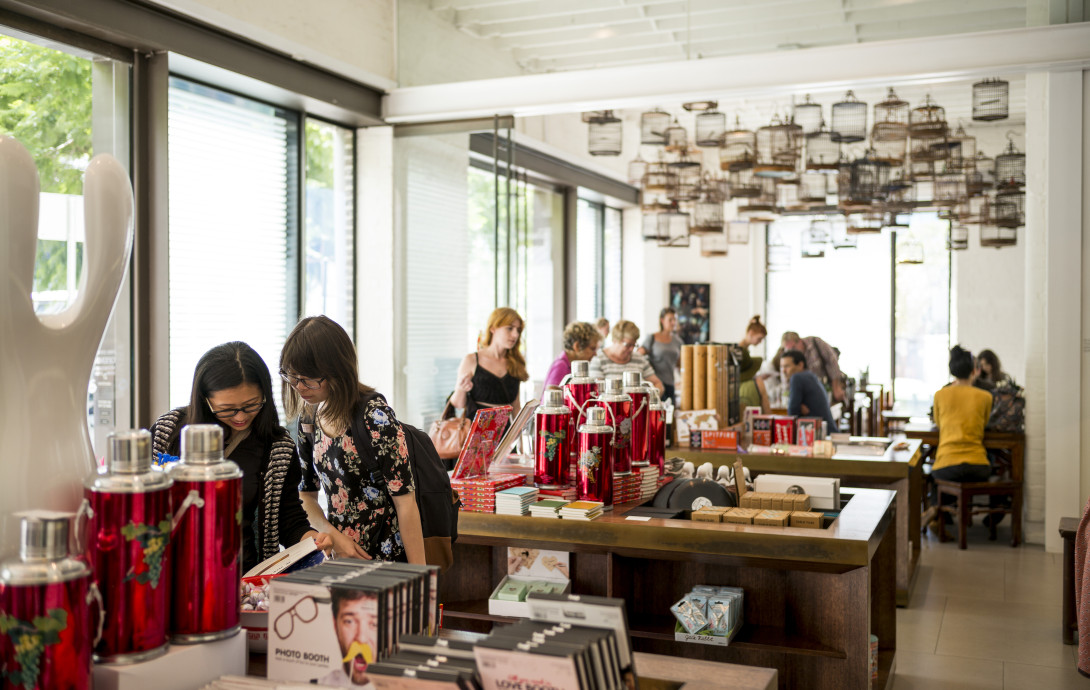 Remember that Chinese New Year is a big deal. In China a full week (or more) of holiday is taken. It is bad luck to work or to ask anyone for a loan at this time. Prosperity and planning are paramount. But if you love shopping, then Chinese New Year is also a great festival to get involved with. It’s customary to get your hair cut and styled before the new year (cutting away bad luck), and to don new clothes and accessories which symbolise a new start. A trip to Prada anyone?

Want more art? Then head to The White Rabbit Collection which is one of the world’s largest and most significant collections of contemporary Chinese art. Founded by local residents Kerr and Judith Neilson, it focuses on works produced after the year 2000.

Judith Neilsen is a big collector whose gallery with cafe and wine bar really allows people to gain new insight into modern Chinese society through tours and great educational wall text. Dive in and get involved! Go to the City of Sydney event site for more detailed information. 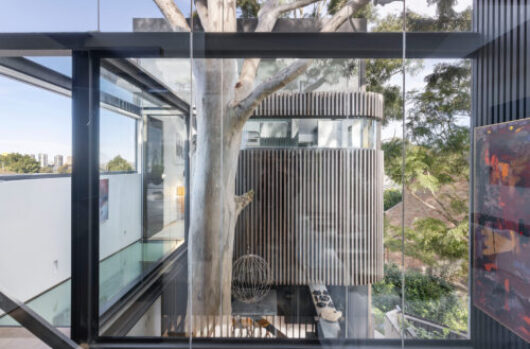 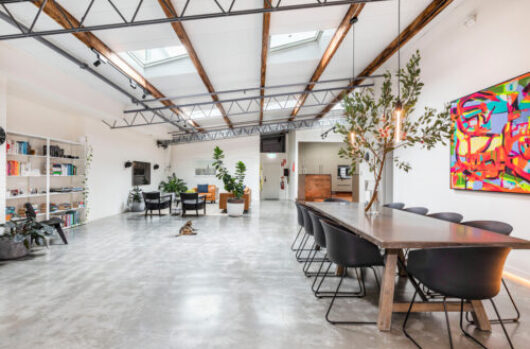 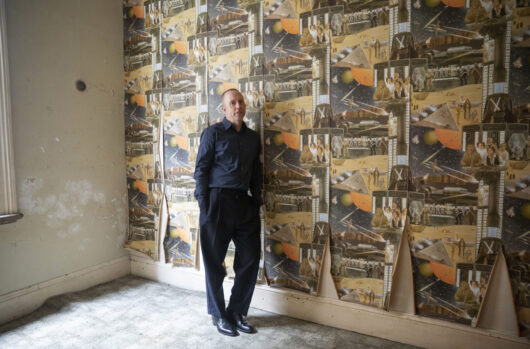