With a nous for reinventing small spaces, architect Brad Swartz is eying off other unsung corners of Inner Sydney.

He kickstarted a career in small apartment projects, and now the practice wearing his name is addressing terraces, small blocks, and anywhere else where light, air and space is prone to being forgotten. 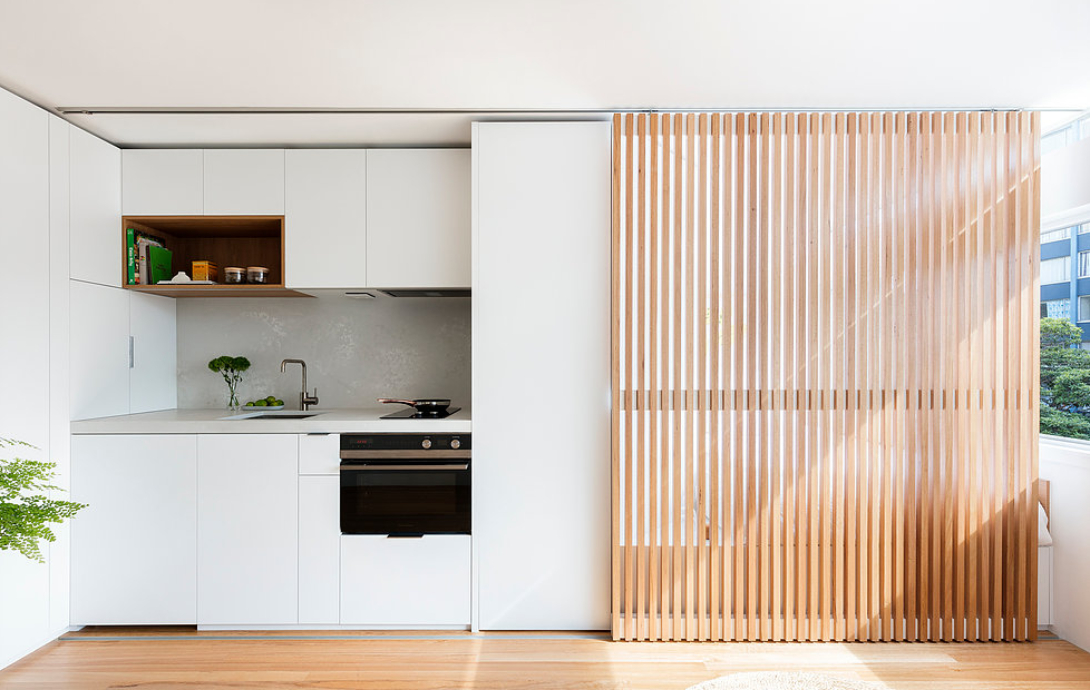 But it’s not just about the art, or the accolades, or a project on its own. These ventures often become part of a bigger discussion about sustainable city living. If so many of us want to be where the population is becoming denser, developing and redeveloping in a more sustainable way can be a powerful concept.

Both owners and architects are driving such ideas. We asked Brad what lies beneath them.

Why does small = more sustainable?

All of our capitals and big cities in the rest of the world are trying to do densification well. If we can make that tiny little apartment or terrace on 200sqm more livable, that’s more sustainable.

There are so many layers to urban sprawl. We spread out from city centres without much thought, and without creating more amenities. Everyone further away then sits in a car, commuting to work or to train stations – it’s a very car-centric lifestyle. We drive to the shops, to work, to the bus stop, and we even have to drive to go out.

Living close to the city means walking most places, not sitting in a car for hours a day, and an ongoing footprint that can be a lot smaller. Building big houses on bigger blocks of land further stretches our resources too.

In the inner city we already have these really dense areas and beautiful old Art Deco apartments, well-built 1960s apartments and terraces. It’s so much more sustainable to re-use and repurpose this concrete and our existing resources. 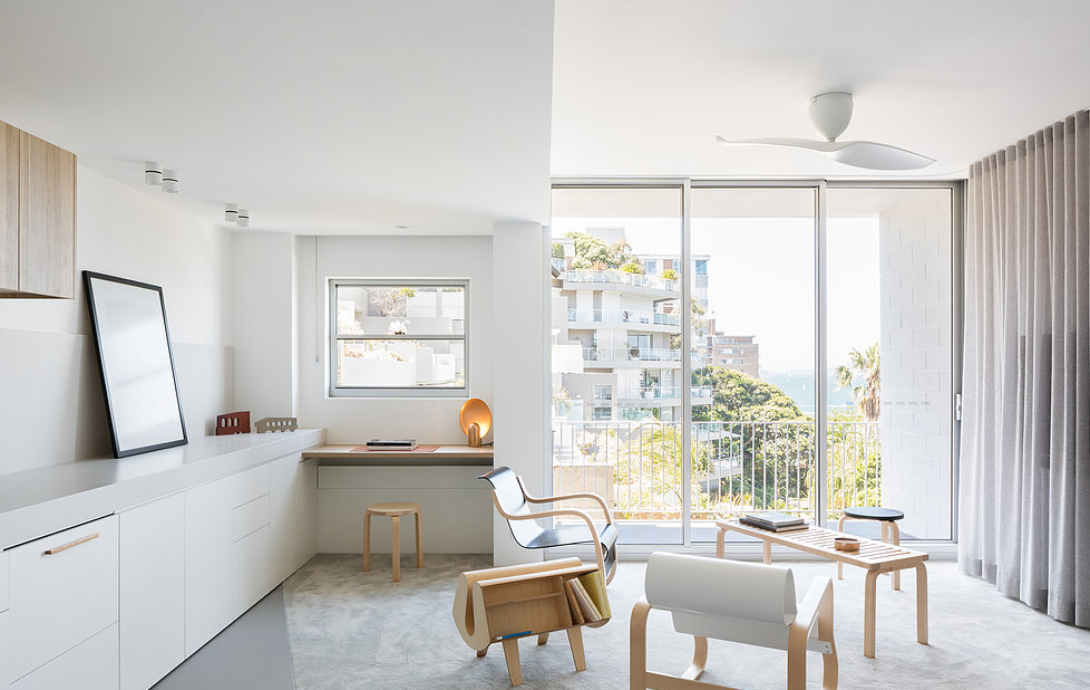 Are Australians embracing that? Are we becoming more attuned to an urban lifestyle?

I think people are driven by a couple of factors towards apartments and it’s not necessarily about sustainability. I guess young people want to live close to where the action is – bars, restaurants, cafes, water, public parks and work. A lot of people see the value in those lifestyle choices. The other thing is the crazy property prices in Sydney. You’d have to live a long way from the city to buy your first house. The compromise (and it shouldn’t be seen as a compromise) is to live in an apartment. That’s not a compromise in New York, London, or other major cities. You don’t think twice about it. In those cities, people go looking for great apartments. And you never toss the ‘house’ option up as a choice.

Where else is there inspiration?

We can draw inspiration from the bigger projects around us to prove that living in the inner city doesn’t need to be a compromise. On the North Shore people build large-scale homes with all the grand ideas they want. That might be a wine rack, really good lighting, or beautiful outdoor courtyard spaces. People think “I have to live in this suburb to have this, you can’t have this in the city”. But we have taken those big ideas, and focused them into inner-city projects. 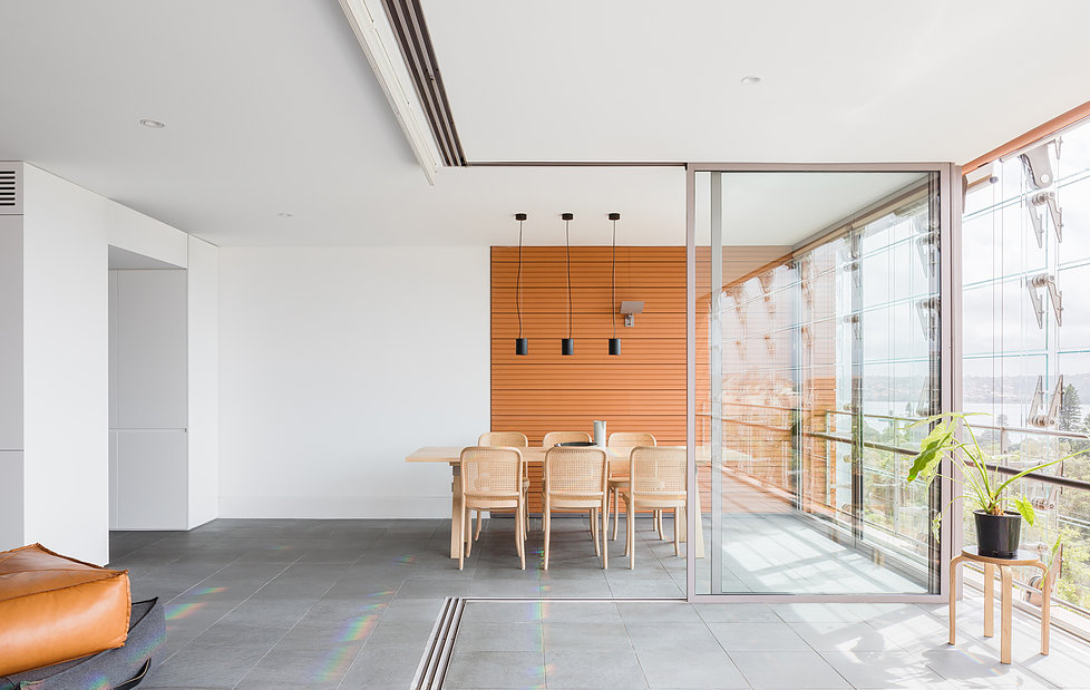 Are any younger people driving these projects?

We do see younger clients who are driven by design. We see Millennials who are part-driven by Instagram and inspired by a range of other channels. They value design a lot. There are affordability constraints but there are people who want to live where the action is, and they want something cool. They value that above owning a big place. Their attention is on quality over quantity. And, downsizers also look to move out of their family homes into something smaller, close to the action.

If you were getting into an entry-level city pad, then engaging an architect, it adds a cost. Can that be viable?

The same goes for any other project or renovation: it’s about not overcapitalising. Materiality makes a big difference to the cost of things so you need to get clever about materials. Look at what brand new builds in Sydney are selling for: ‘Omnia’ near the Coca-Cola sign or the ‘Griffiths Tea’ warehouses in Surry Hills’. If you’re renovating an apartment, you still have plenty of scope to make big improvements without coming close to those prices or overcapitalising. In Sydney there are a lot of people who value good design. If you do something unique, clever and beautiful it will hold its own when it comes to value. There are so many other old apartments where people have fixed a bathroom or fixed a kitchen, that you can buy another one of those tomorrow. But there are fewer where people walk in go ‘wow’.

If you disregard the 1/4-acre block and buy something small you can work with. What does it look like?

A place with good light, high ceilings, good geometry, and it’s nice to be on the top floor. If you’re a first-homebuyer getting an architect onboard, someone younger might work. You want to share similar values and get excited about the same projects. They’ll be able to see potential, and draw on their own experiences, and see things that other people might not pick up on. 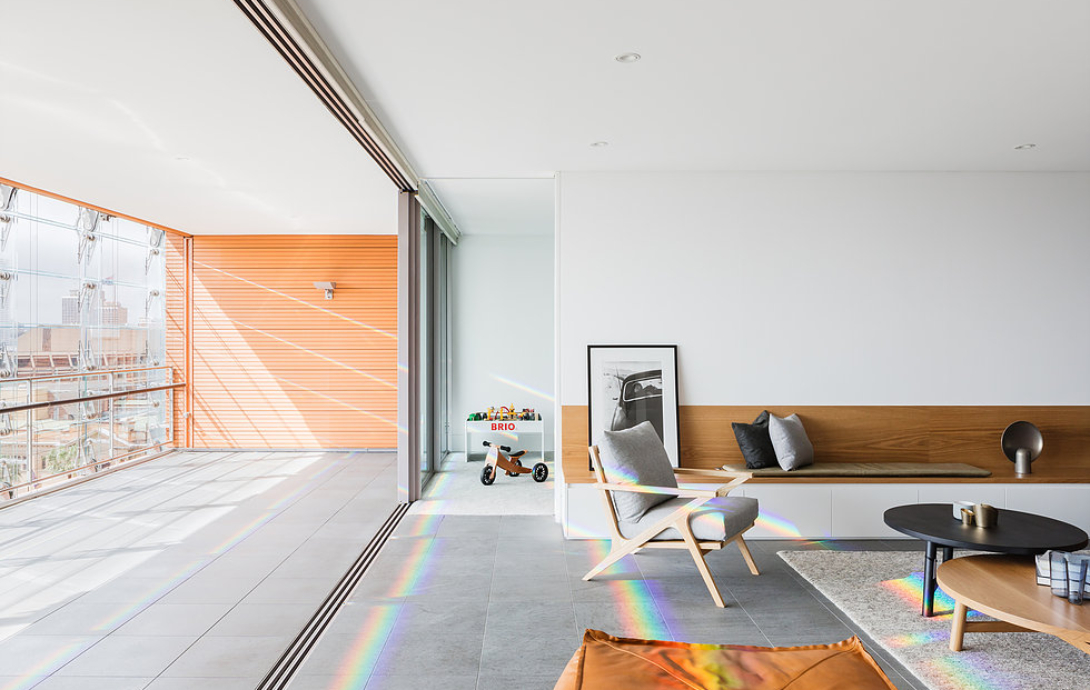 What else are we overlooking in Sydney that could have a big impact for inner-city life?

I’ve done a lot of retrofitting to existing buildings but in the development space we need new apartments that are clever, large, and more fun. Apartments designed for families are missing. There’s this hole in Sydney where no one is really designing for families to live in the city. All the three-bed apartments compromise on secondary living space for toys or throwing stuff around. It’s almost like these developers think no one wants to bring up families in apartments, and everyone wants to bring up their family in a house. But in the rest of world, people live in apartments and they don’t think twice. They’re not bigger, they’re just designed for families. That would be a nice area for someone to start exploring and shift the culture a bit more. We’re going to have to densify the city for it to work anyway.