The eye candy homes of the past year ranged from those designed with meticulousness, to those crammed with so much potential they were falling apart. Views fueled desires in inner-Sydney and surrounds, as did anything with raw space or extra sense of volume.

The inner city is now more intertwined than ever before. Parts of Redfern are as sought-after as Paddington. Eastern Suburbs buyers are enamoured with the Balmain Peninsula. And from Hunters Hill to Ryde, the separation gap between those traditional well-heeled suburbs and young family pockets is blurred.

But perhaps what Sydneysiders (and the world) demanded from their properties was honesty and authenticity. Here’s some of the homes we served up that had a big heart:

Whether buyers were re-imagining these homes for the future or excited about preserving them, they flocked to anything that flew the flag of suburban Australia. In the inner city, they are becoming more rare.

Anything you could develop in the future (and even the ones you couldn’t) attracted plenty of interest. Backyards, weatherboards and red bricks were in vogue. 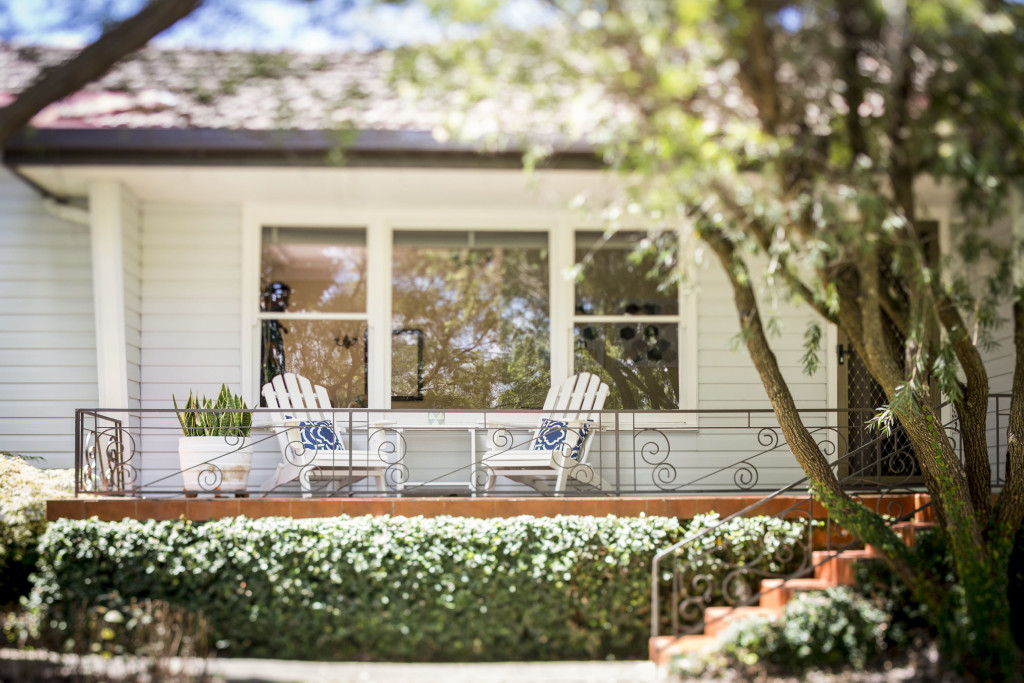 3 Willow Crescent, Ryde: With just a splash of retro styling, the owners left this home untouched for sale. It had the bones to inspire a Mid-Century style makeover.

Tucked away on blocks that exemplified Australia of yesteryear, perhaps the biggest ‘escapism’ of all the year was chasing the suburbia that’s becoming scarcer. 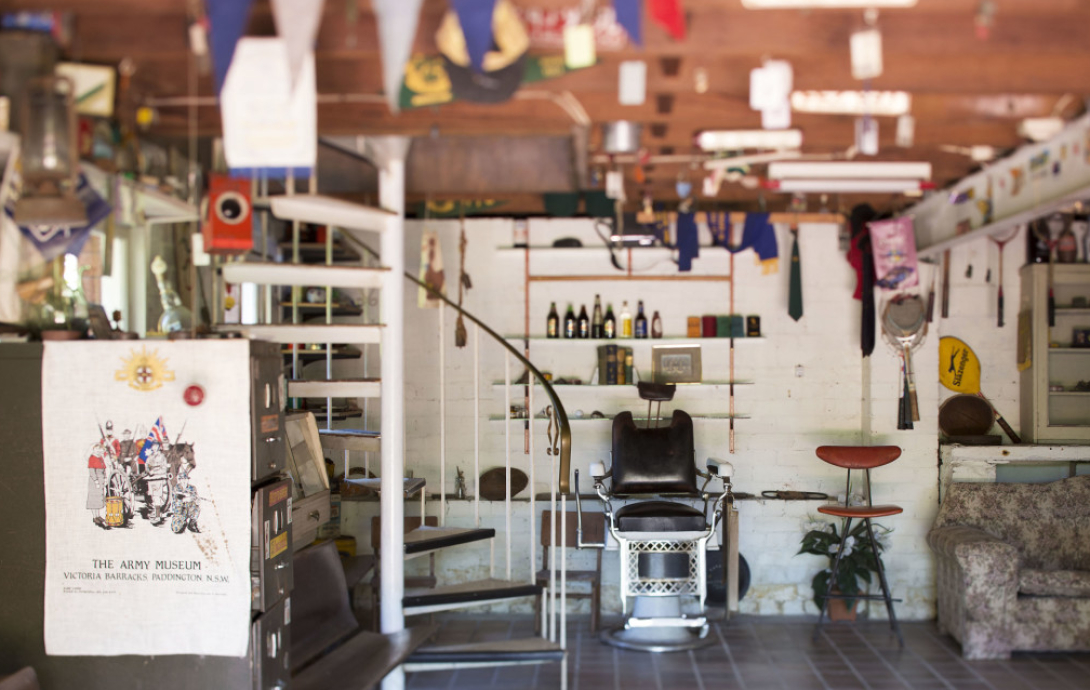 2 Clarence Street, North Ryde: This home was honest and real in its representation of Australiana – complete with keepsakes and war memorabilia.

The view can sell a home. We saw Sydney Harbour outlooks in both the Eastern Suburbs and north of the city. And the Balmain Peninsula is full of them. Throw in the Bridge and Opera House, and Sydney goes weak at the knees. 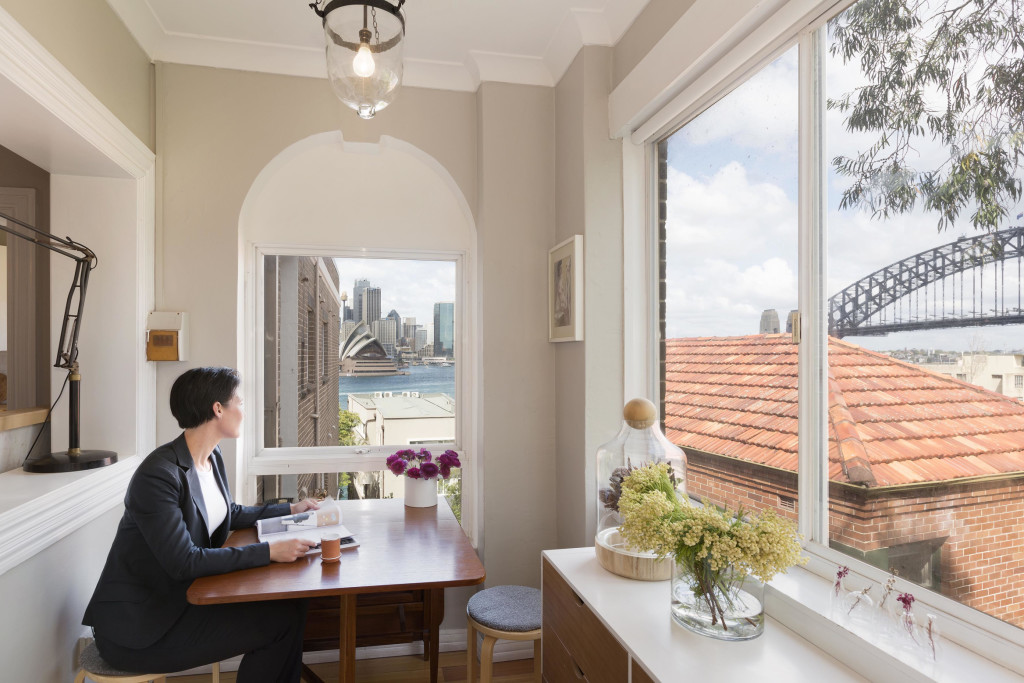 10/28 Waruda Street, Kirribilli: A first-home buyer snared this one-bedroom apartment. More than 150 groups inspected the property in four weeks and 13 people registered to bid, with most taking part in the auction.

And just when you think you have seen Sydney from every angle, something comes along and surprises you – such as the Cathedral and Domain on your doorstep. 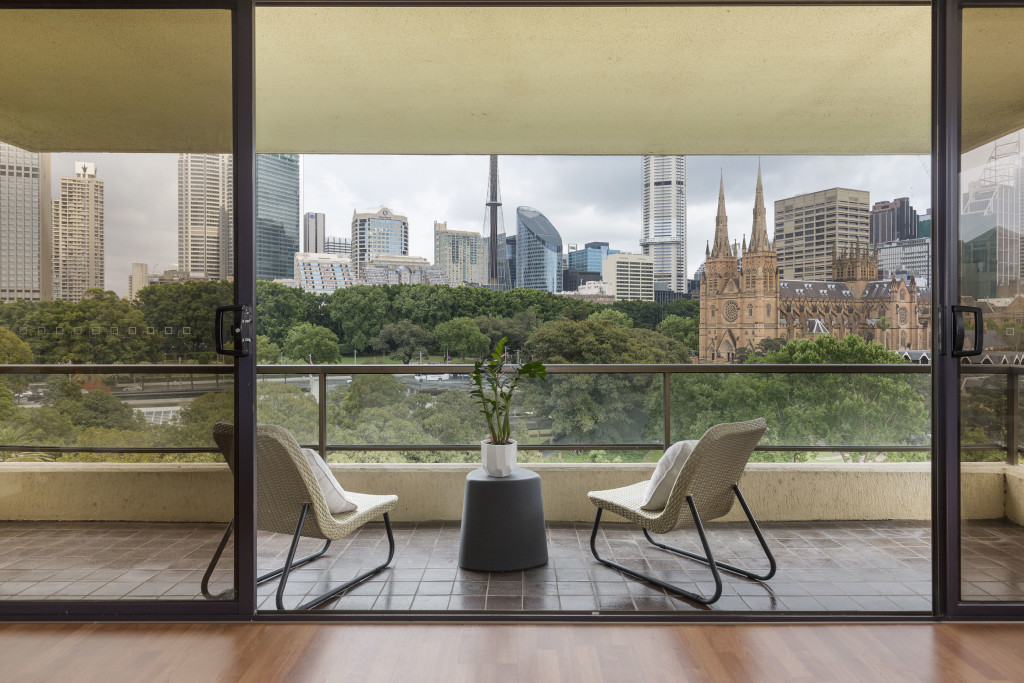 1010/1 Boomerang Place, Woolloomooloo: Reach out and touch it. A different kind of view, this was Sydney at your fingertips. 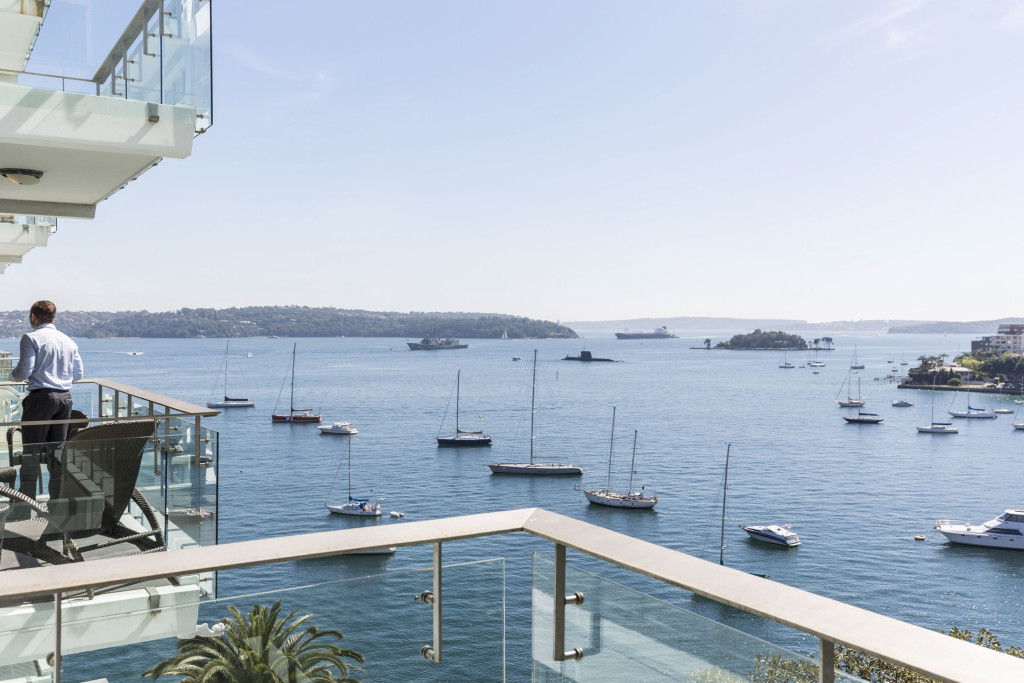 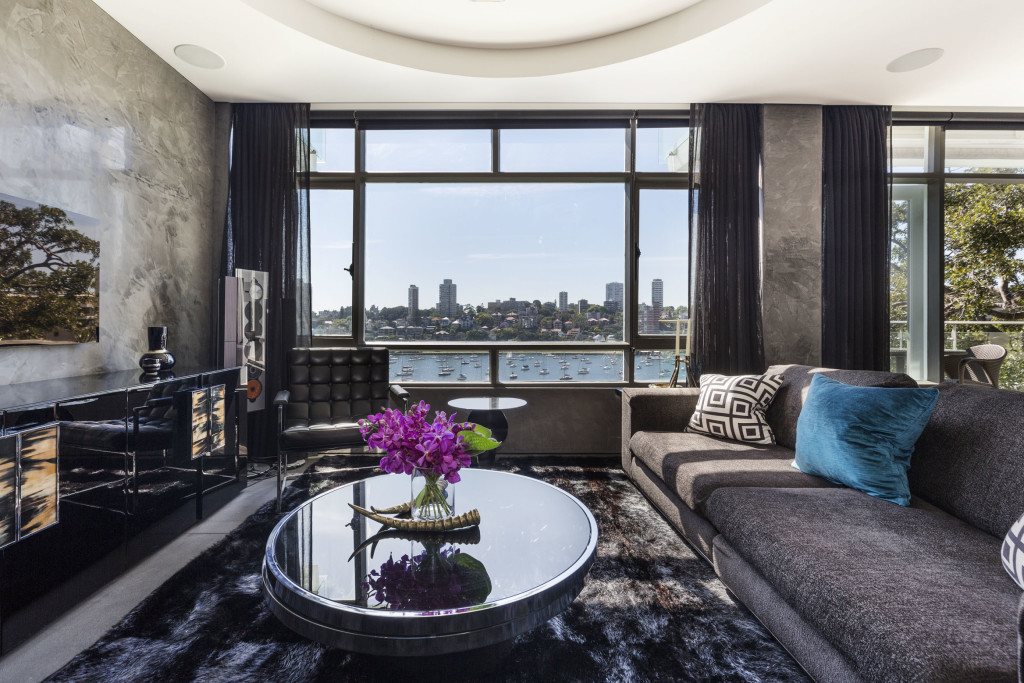 86/108 Elizabeth Bay Road: The views continuing within the interiors.

Sydney you’re mad about warehouses. Imagine the same property, side-by-side, of the same size, land holding and attributes. Now imagine one of them is a warehouse. You can bet it will be more fancied. 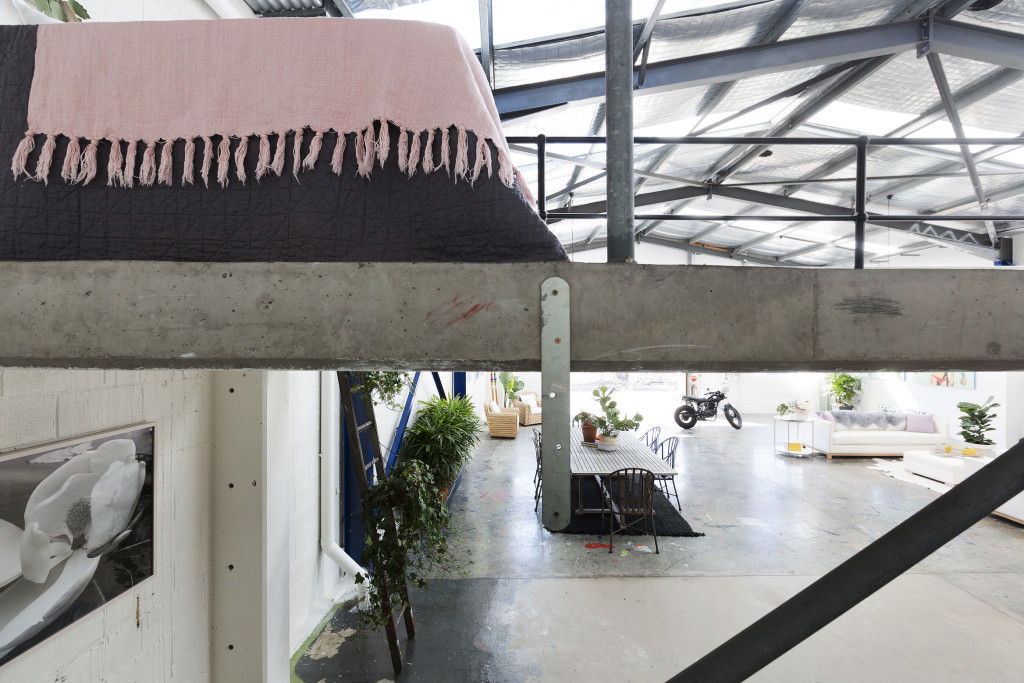 26 Mackenzie Street Leichhardt: An ex signwriting space, this home was covered in a layer of old paint and coloured vinyl. A true warehouse offering, its industrial detail was celebrated.

We’re always seeing warehouses that can be masculine and playful. In 2016, these converted warehouse apartments showed us a softer side and brought some femininity to the warehouse offering. 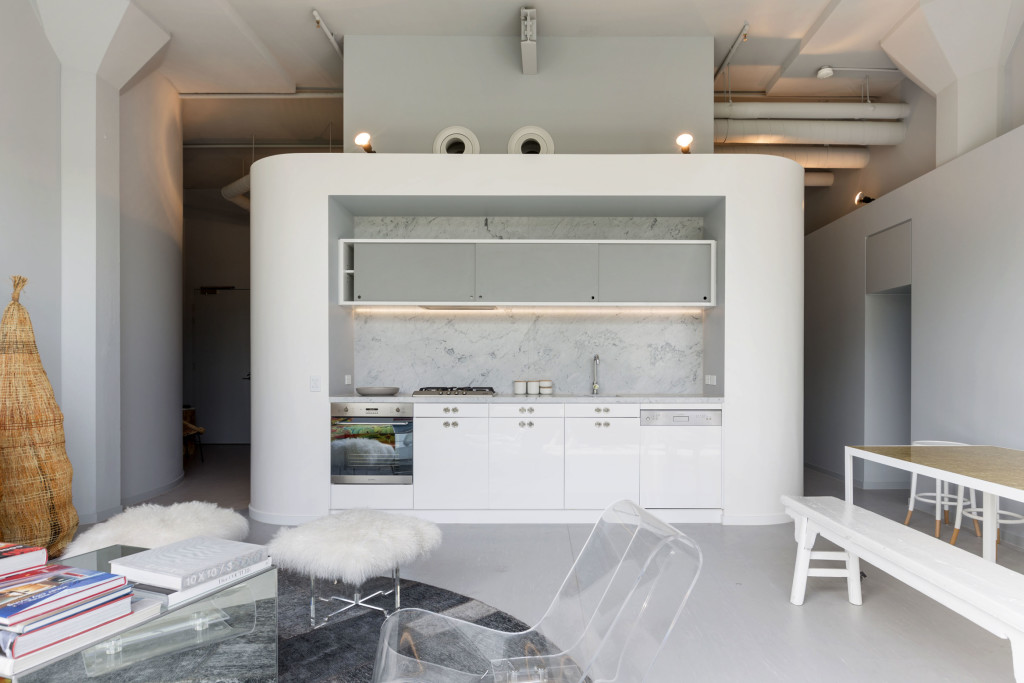 103/1a Great Buckingham Street, Redfern: This warehouse conversion used cool and gentle marble and colour palette to show off its softer side. 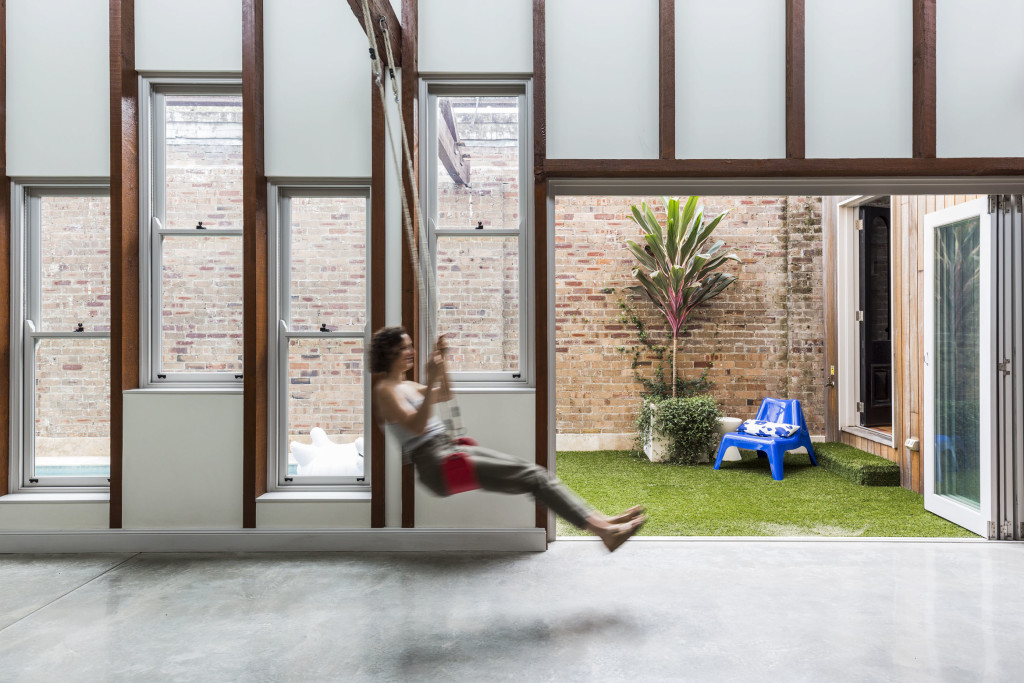 8 Bridge Street, Tempe: And back to playful. It’s not a warehouse conversion without a swing in your living space, right?

Never has it been easier to move to a new project or your next phase in life. If there was something worth renovating/developing in 2016, buyers lined up keen to sink their teeth in. Madness? You be the judge. Start with the Redfern home below – it fetched $2.7 million. 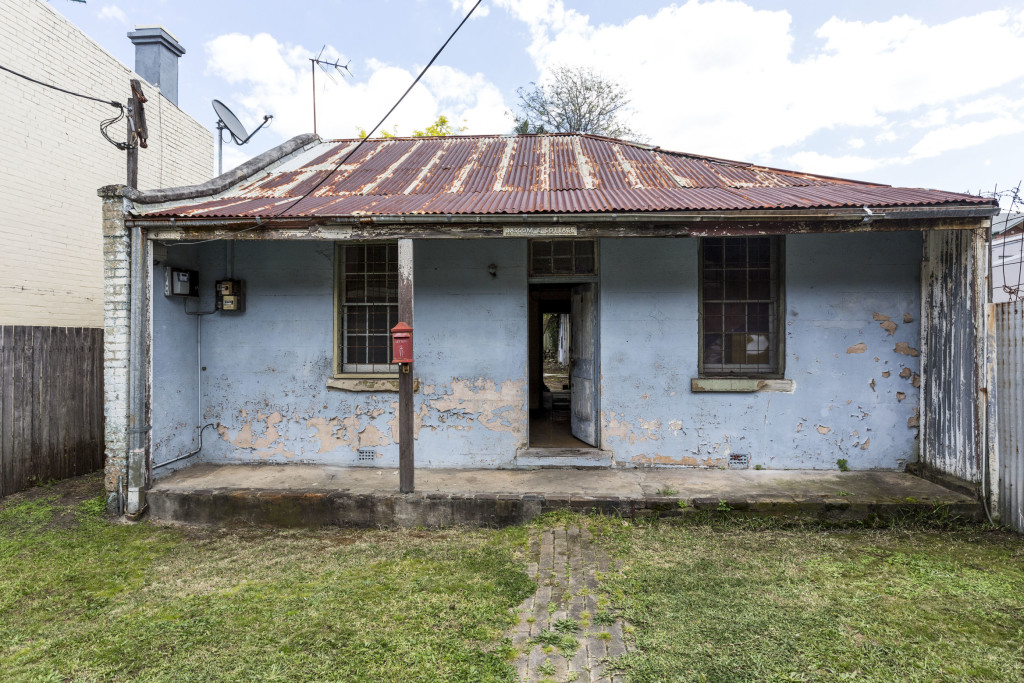 46-48 Burnett Street, Redfern: The site of ‘Dascombe Cottage’ since the 1840s, this rare 507sqm land was in a quiet cul-de-sac, suitable for two addresses. 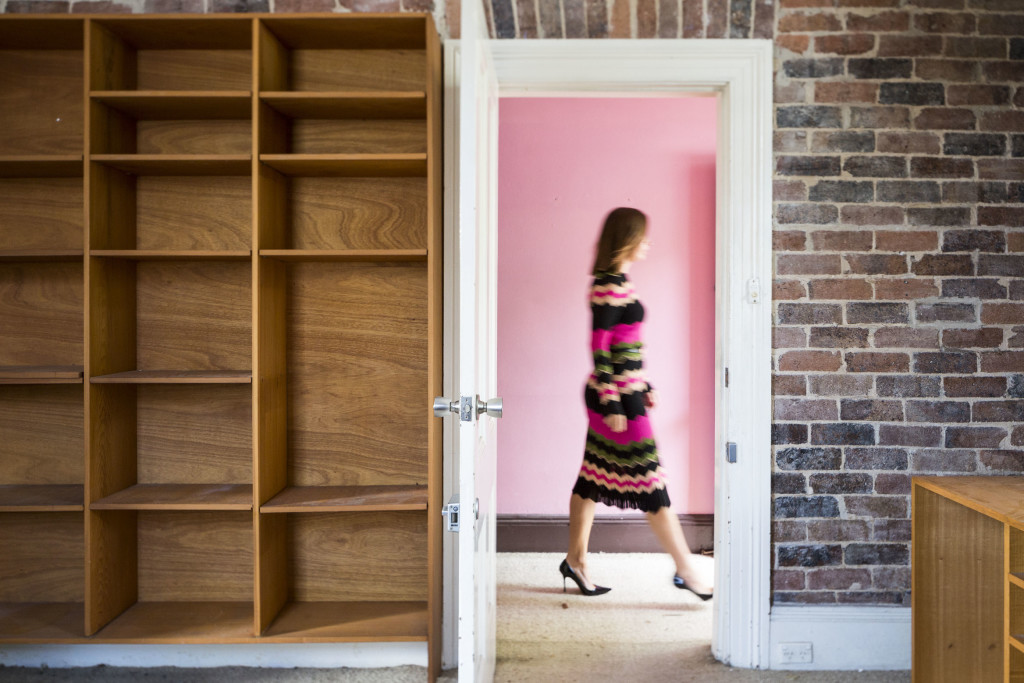 69 Cambridge Street, Paddington: This corner terrace was a smorgasbord of in/outdoor space and terrace with city views. Few of these remain untouched in built-up Paddo.

Still not sold on the popularity of the renovation project? Well, the below house (er, half a house) sold in Rozelle for $1.68 million. Hey someone’s gotta finish the job. 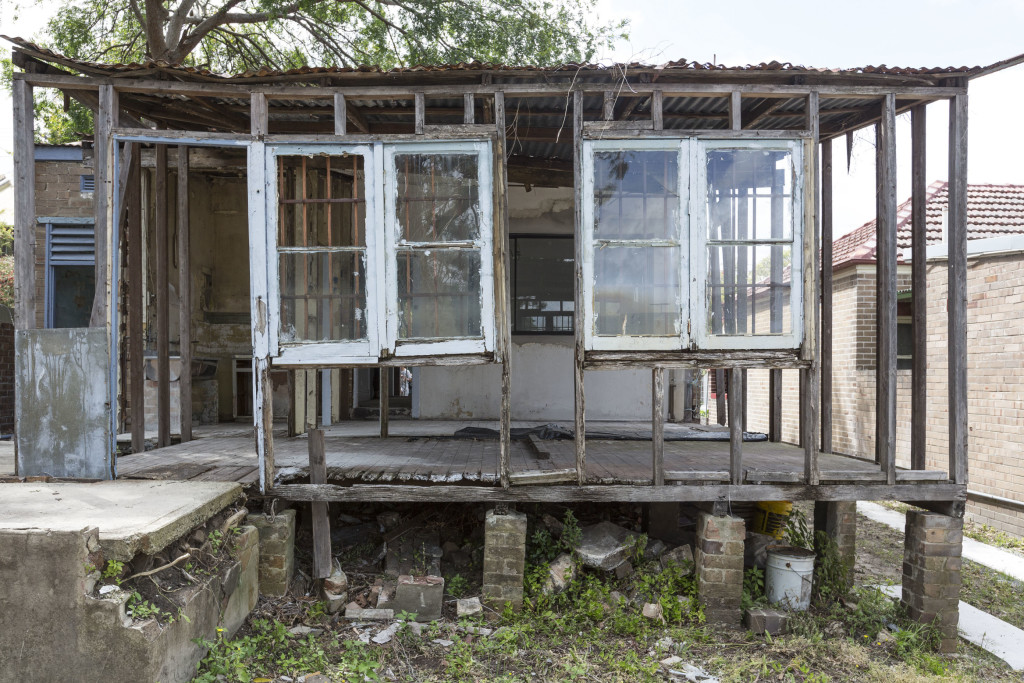 23 Gordon Street, Rozelle: This freestanding federation home had plenty of potential for a revamp. The front rooms had just been restored. But the rear…

We’re not talking that ‘architecturally inspired’ jargon. We’re enamoured with the true architect-designed homes. When a property has a recognised name (or any architect for that matter) attached to it, Sydney is excited and so are we. 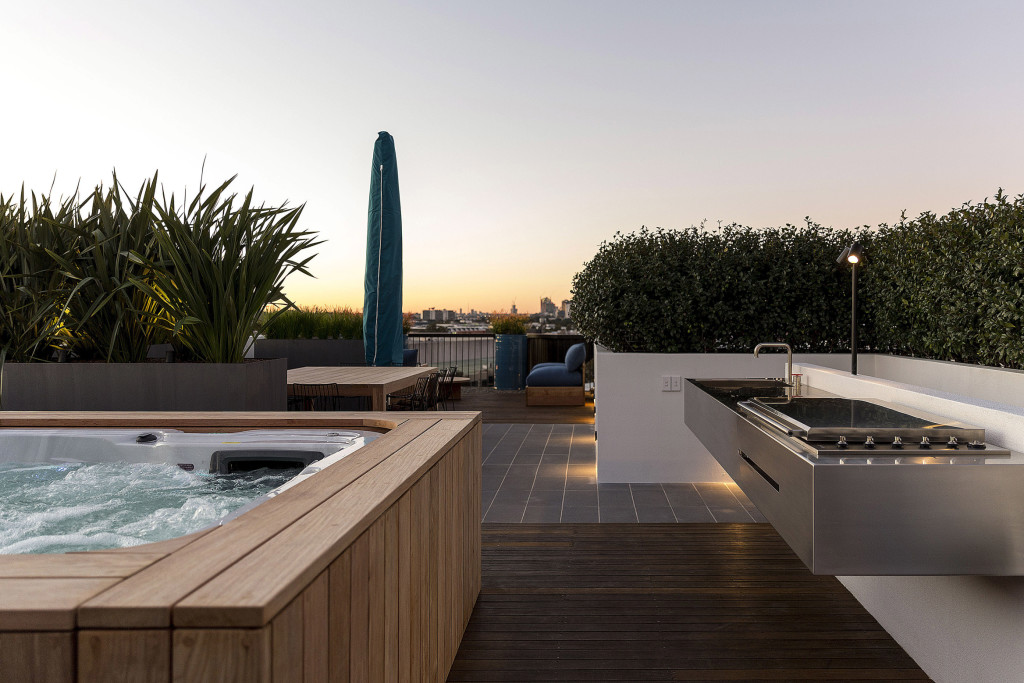 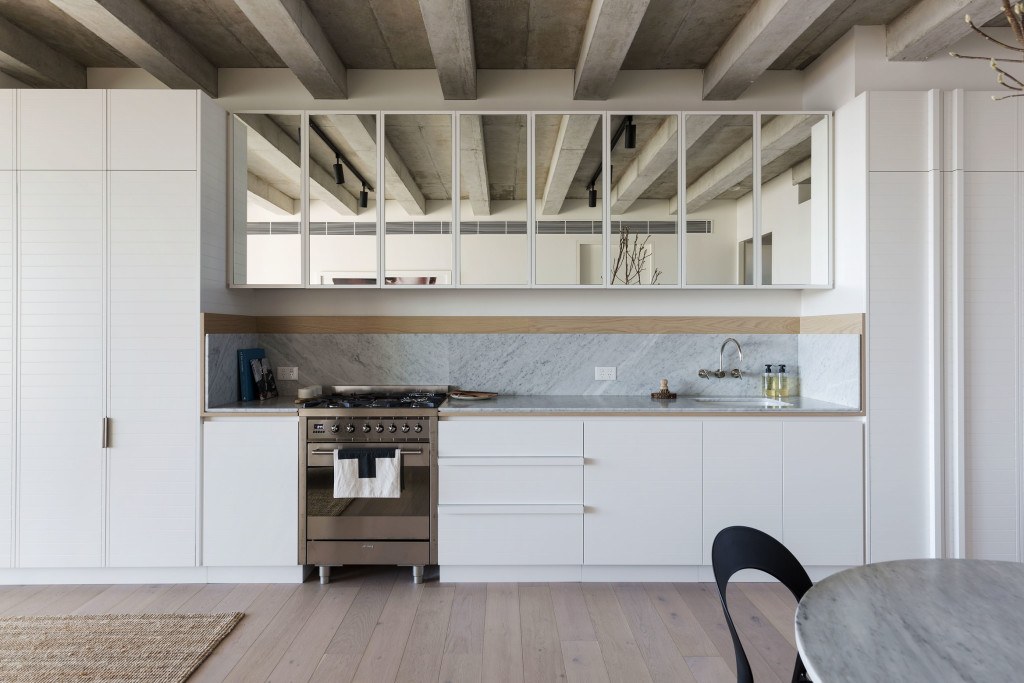 41 Birmingham: Inside the interiors were just as impressive with layers of detail and mixed finishes.

Sometimes, the extra attention-to-detail at the hands of an architect is enough to bring a home to life with natural light and sympathetic-to-the-period touches.

45 Chelsea Street, Redfern: The entertaining space here extended beyond the interiors with direct access to the neighbouring park. It also threw plenty of light into the home.

And architects can make you rethink the way you see landmark buildings, such as, ‘Horizon’. 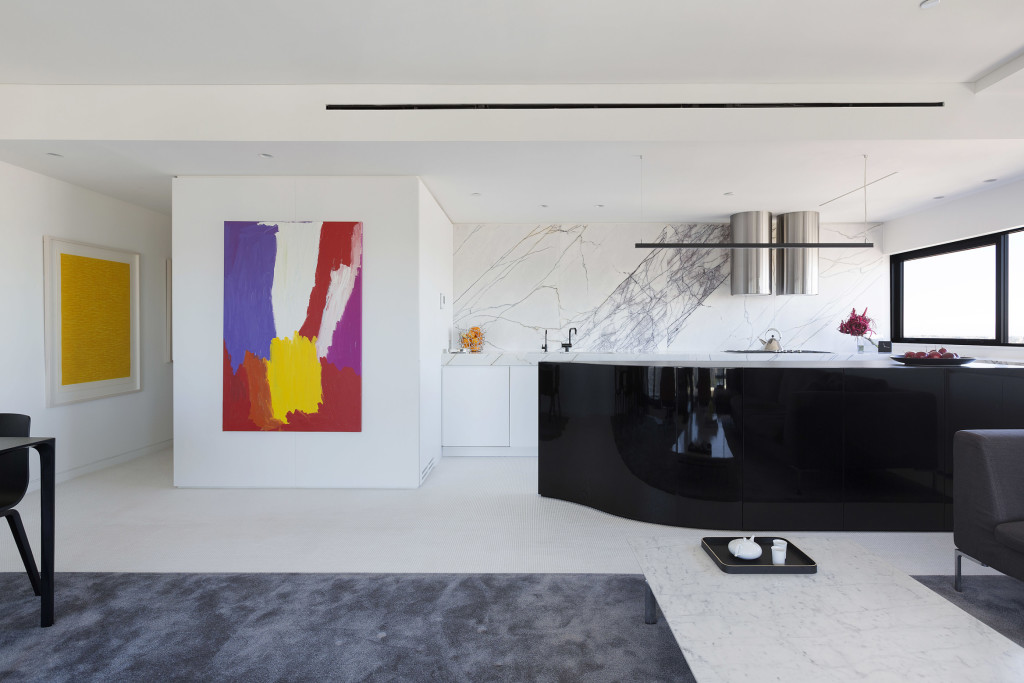 2701/184 Forbes Street, Darlinghurst: A complete rebuild from 2016 Wilkinson Award-winning architect, William Smart, this apartment drew inspiration from the Harry Seidler building it calls home. It was one of the best refurbishments we’ve seen.

And then there are the statement homes. These are the properties that are always going to fetch high prices. They’re rare, and they’re something special. Last year we saw luxury and one-off homes in a variety of guises. 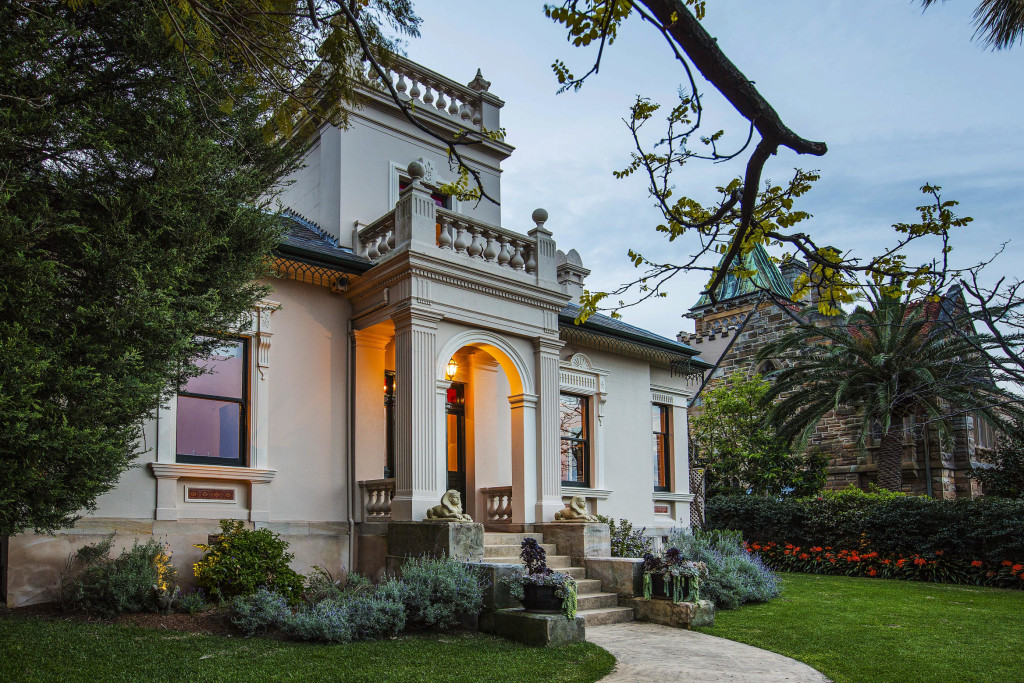 270 Johnston Street, Annandale: This would have been one of the area’s original home standing proudly on the wide main avenue. Architect built in 1880, it was rescued from developers, National Trust registered & restored. 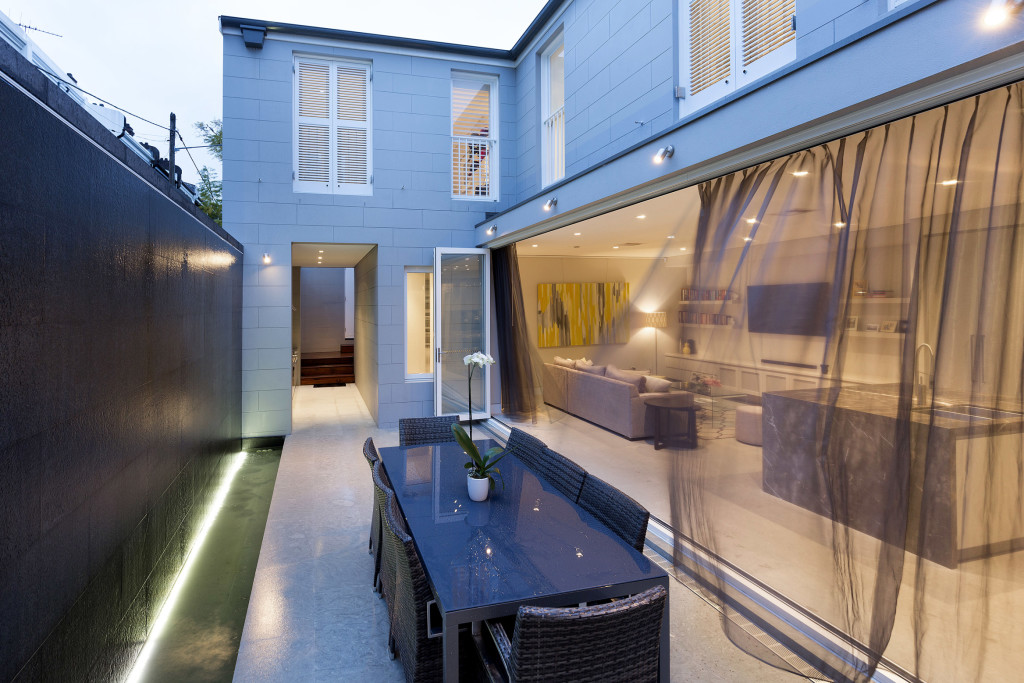 58 Cascade Street, Paddington: Rebuilt throughout, this high-end renovation made the most of the 9m width and corner block location. It sold for $4.75 million. 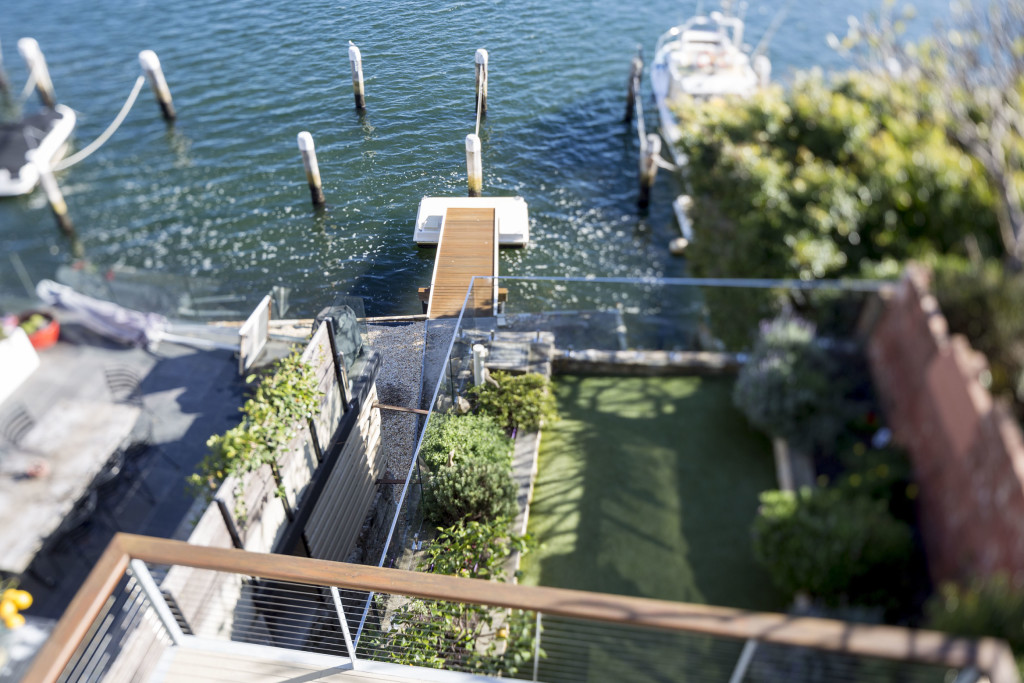 112 Louisa Road, Birchgrove: On the Balmain Peninsula’s most famous strip, this Louisa Road property had impressive views of the Harbour. It also came with a pontoon and facilities for a 35ft boat as well as an adjoining slipway and gardens cascading down to the water. On 215sqm land, it sold for $3.5 million. 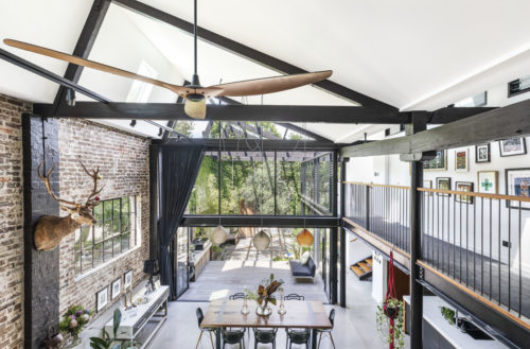 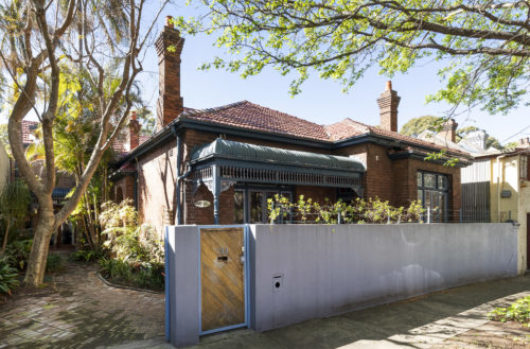 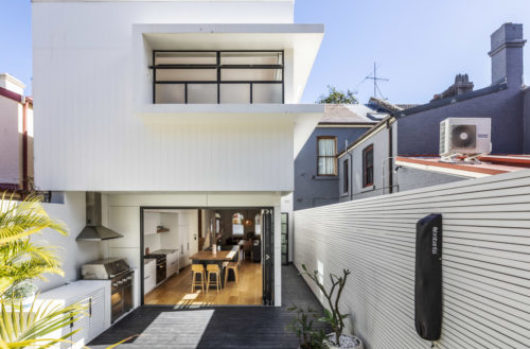 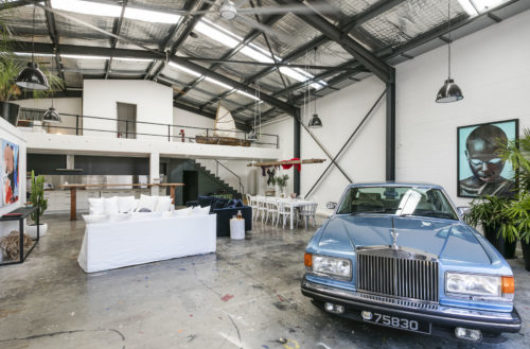