Every morning, artist John Moroney gets up at 5am to work on a mine site outside of Orange. At night, he takes paints out of his bag and works on canvases stuck to his hotel room wall. “When you have to paint, that’s what you do,” says John, in his down-to-earth style. Despite his imposing height, this talented painter and sculptor is the strong silent type. He prefers to keep mum about his work, rather than waxing lyrical about his creative philosophy.

Like most great artists who’ve donned a smock before him, John calls his relationship with making art an ‘unhealthy obsession’. He admits he has a powerful ‘will to create’, which borders on compulsive. Though his career is off and moving now, John found his calling later in life. 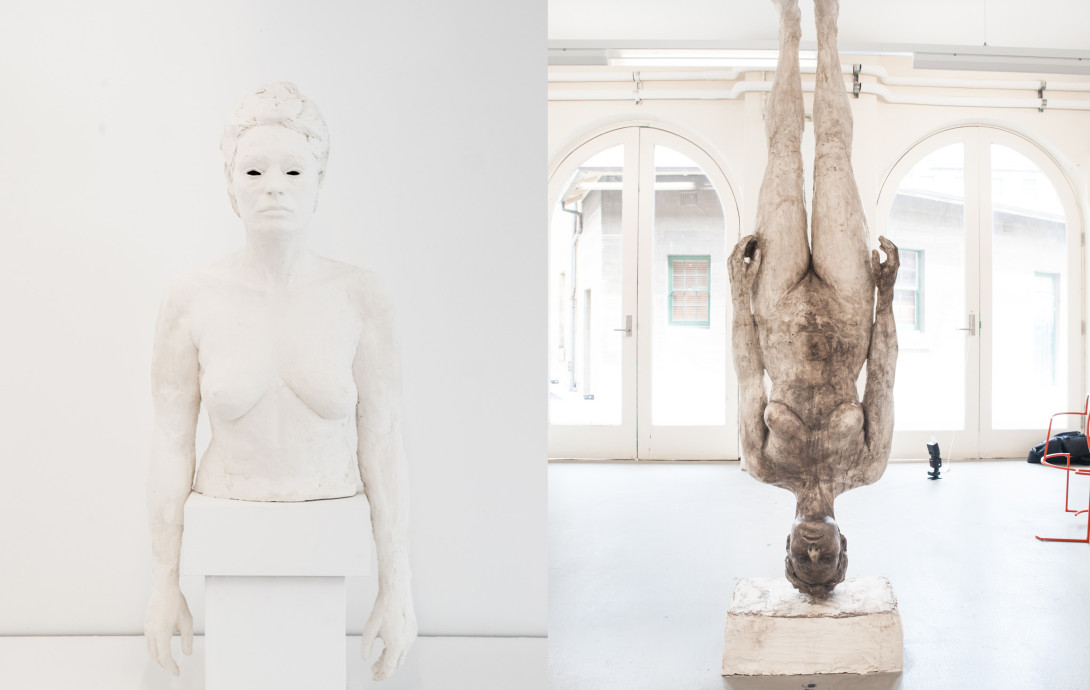 “Van Gogh is pretty cool,” he says as he sits drinking a can of Coke in his studio. “When I first got interested in making art my career, I was in Holland and I was at the Van Gogh museum. I read that he was 27 when he started and I was 27. I was like, ‘I’ll give it a go. If he can do it, then I can do it’”. On the spot, John decided to pursue art as a career. “Van Gogh’s paintings are a bit hit and miss, but he had a go. He just kept making stuff. And that is an inspiring style of practise,” says John.

John started painting tonal portraits at home and then was accepted to The National Art School in Sydney. In 2014 things started to happen. Notably, he became a semi-finalist in the National Doug Moran Prize and won the emerging artist prize at Newcastle Art Space. The next year, he staged his first solo show A Farewell to Arms at Curve Gallery in Newcastle to critical acclaim. 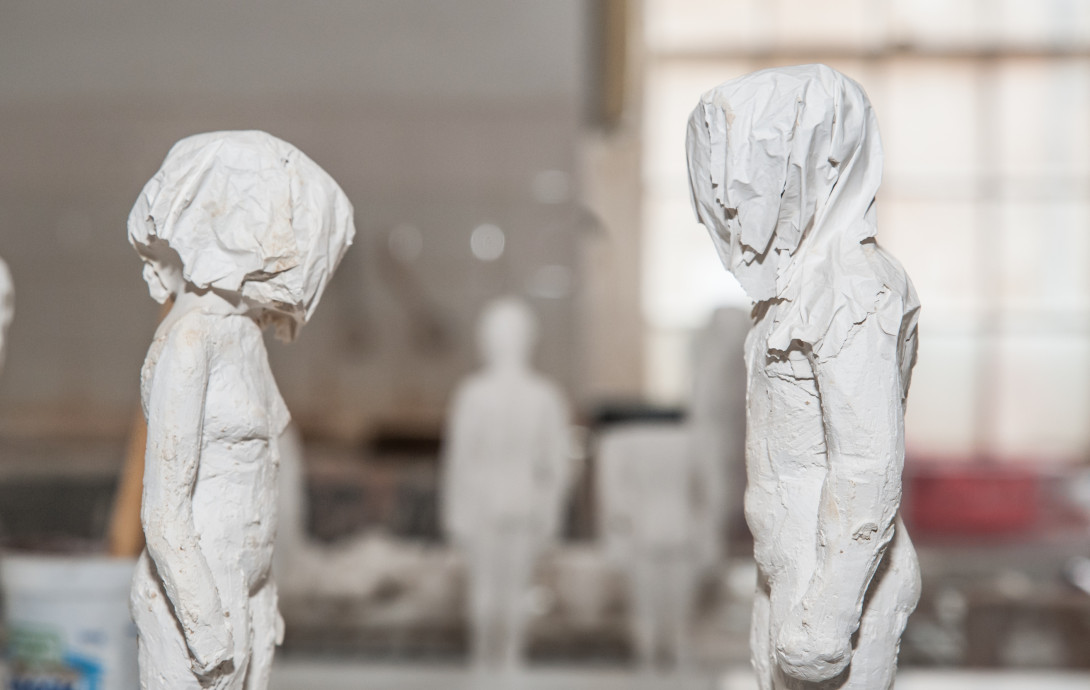 Since graduating at the end of last year, John has been free to move around and to continue working from wherever he is. He graduated with a series of large and small format figurative oil paintings on abstract backgrounds and a group of faceless plaster sculptures that he made of figures in tiny Antony Gormley-style sizes. He also created 3-4 large life-size use sculptures which were presented on their feet and upside down.

He describes his latest work as a series of ‘Australian impressionist landscapes’. When I ask if his colour palette for the oil paintings will be as dark as last time, he replies, “I’m just mucking around at the moment, using muted greys and hot yellows.’ 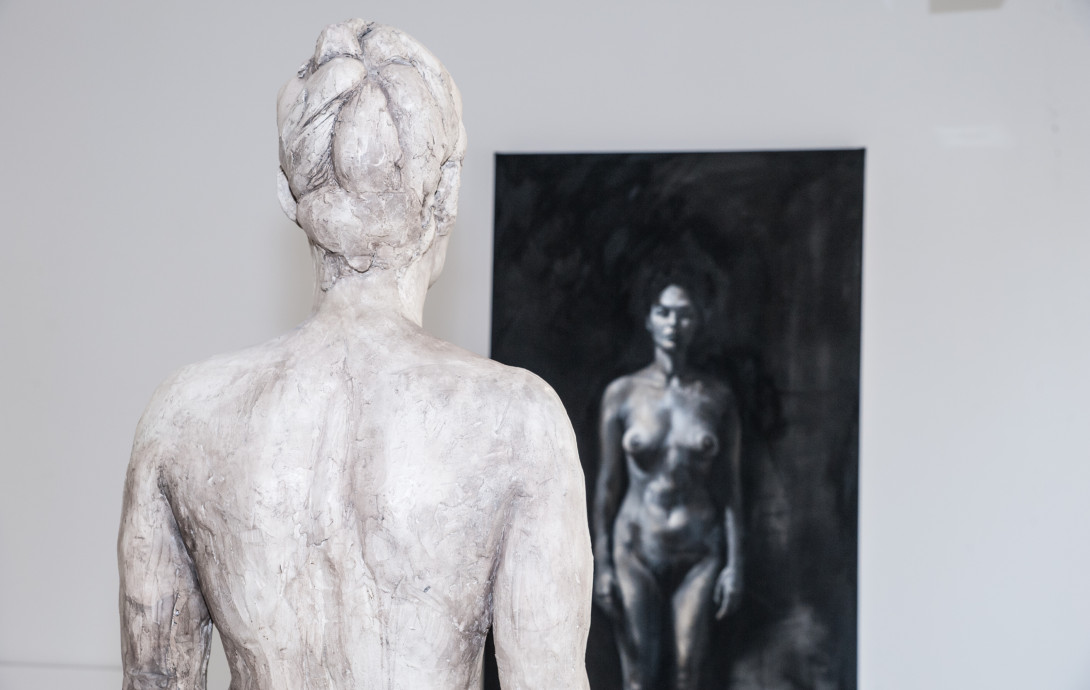 Last Saturday, ahead of his first solo show, John was awarded $5,000 for the Young Artist Initiative. He turned up to the group show, stood meekly in the corner and declined to make a speech. Later John called his prize win at the gallery a touch ‘overwhelming’ and said he was surprised to be recognised in such a strong field of artists.

The Young Artist Initiative, or YAI as it is known, is an annual prize developed by Michelle Paterson at .M Contemporary in Woollahra and sponsored by BresicWhitney. The initiative has been running since 2014 with Shannan Whitney and the gallery directors as judges. This year, Alexi Cantor Glass from Art Space joined the judging panel. Together they select the best work from graduate shows visiting the National Art School, Sydney College of the Arts and UNSW (formerly called COFA). 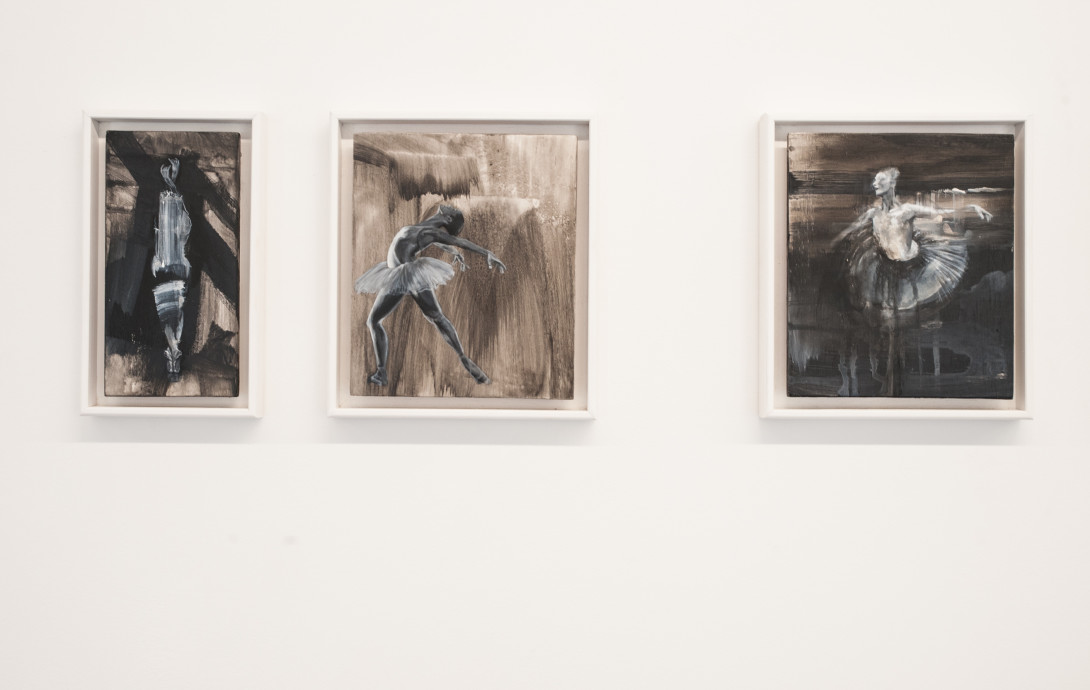 John says his prize money will help him make some more multimedia installations. “I really want to get video editing software and I’ll probably take the family on a little holiday for putting up with me.” 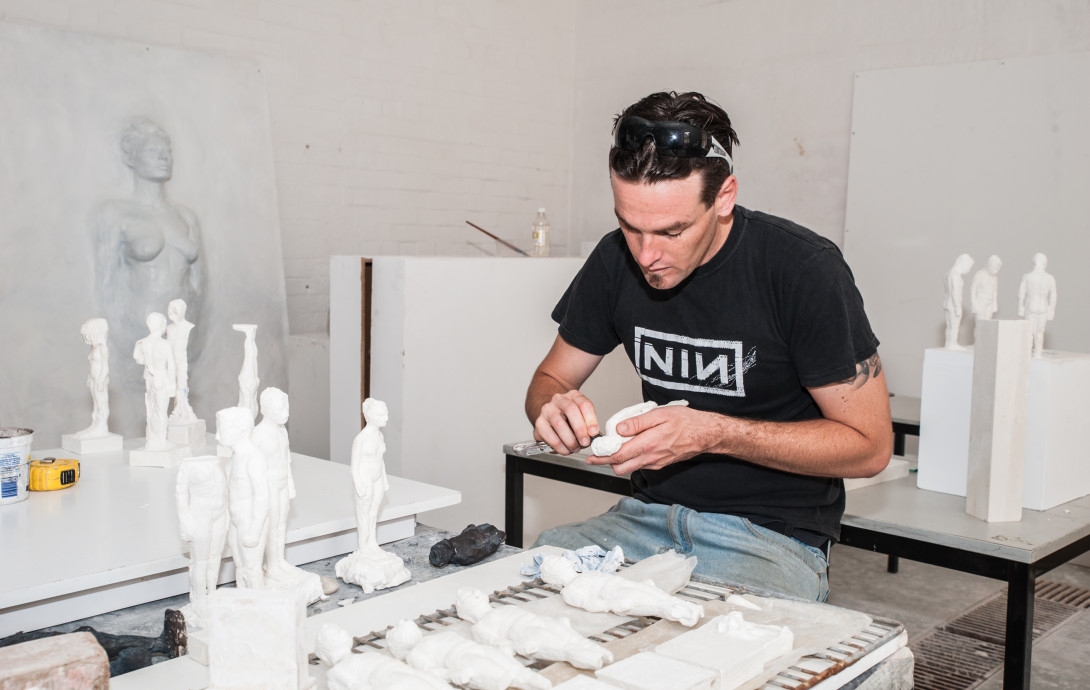 Right now, however, John says he is just trying to ‘do his own thing,’ and to block out all the noise.