While Melbourne has had a long-term preoccupation with mixed-use developments in urban areas, Sydney is playing catch up.

“In terms of progressive approaches, I can’t help but be impressed by Sydney urban developments like Barangaroo and Green Square which encapsulate ambitious, almost ‘futuristic’ visions of contemporary city living, not to mention a globalised outlook. I think City of Sydney’s ‘green’ 2030 Vision is, in large part, fuelling the ambitious visions that shape these,” says Melbourne Indesign Editor Alice Blackwood.

“In Sydney I would like to see more buildings being reused and recycled. Plus more developments with retail, residential and industrial being house all in one building,” says Urbanist Gregoriou. “I love that really fine grain tapestry of uses. And the only people I see doing that at the moment are developers,” she says.

As well as large-scale developments like the Carlton United Brewery site in Chippendale by Fraser’s Property Group, Sydney is currently capitalising on its love affair with warehouses and investing in industrial hoods. Gregoriou points out good progress in the hoods of Rosebery, Zetland and Waterloo.

“Undeniably, urban growth in both Melbourne and Sydney is progressing at a rapid pace due to exponential population growth. I feel the big difference in urban growth between the two cities is Melbourne’s geographical spread and the huge potential for the development of new ‘cities’ connected to metropolitan Melbourne,” says Alice Blackwood.

From a commercial perspective both Melbourne and Sydney have learnt a lot about urban planning retrospectively. Architect Nick Harding laments that “it seems a common theme in Australia to build major residential and commercial zones and then worry about how it will function as a community later. Both cities have undertaken major urban renewal projects such as the Docklands and South Bank in Melbourne and now Sydney is following suit with Barangaroo.

We are yet to see the impact of Barangaroo, but vital thinking with regards to how the place will function as a community shouldn’t come afterwards. In regards to the Docklands there has been government tenders for major community infrastructure projects such as places of worship and schools going out to tender 15 years after the development started. This is not my definition of urban or town planning,” Harding says.

Barangaroo Proposed development: Two project applications for commercial towers C3 and C5 have gone on public exhibition at the Department of Planning and Infrastructure and the City of Sydney. Lend Lease has now submitted plans for all three commercial towers for Barangaroo South, completing the ensemble of buildings that will form part of Sydney’s newest financial hub.

“Sydney is progressive in its approach to urban design,” says designer Alex Ritchie who splits his work life designing dynamic retail in Sydney and Melbourne.

“Take for example Nouvel’s Central Park formerly the Fosters Brewery Site. Here we have a 150m façade that extends from the park at ground level into the sky above. It brings nature in direct contact with the city skyline above. Here we have a progressive design that becomes a ‘living architecture’, a building that grows, flowers, and changes colour with the changing seasons. It’s extraordinarily clever,” Richie says.

“In contrast Melbourne is currently approving planning permission to build a run of residential skyscrapers. The tallest so far designed by Fender Katsalidis stretches up 323metes, that’s 100 stories tall and 1105 apartments in total and just sneaks under the restrictions of Melbourne’s aviation rules in terms of height,” Ritchie says.

Tomek Archer agrees with Urbanist Linda Gregoriou that it is finer grain projects give each city its texture and interest.

“We are currently working on several small-scale public architecture projects within much larger scale urban redevelopments in the City of Sydney. These finer grain projects reflect a significant shift in the attitudes of developers to refocus attention towards the ground plane and urban activation.

“Where previously the focus may have been on maximising gross lettable area or number of apartments, this is now matched by a recognition that the public domain that everyone shares should be activated by thoughtfully developed and well executed high quality retail offerings alongside public places and infrastructure that encourage engagement,” Archer says. 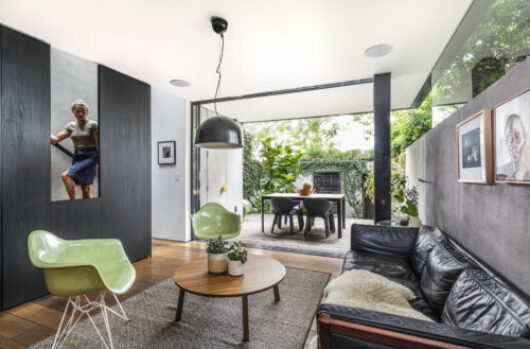 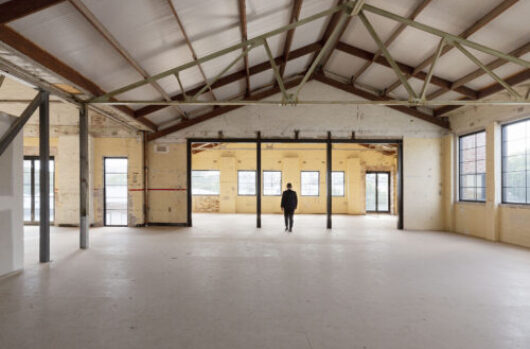 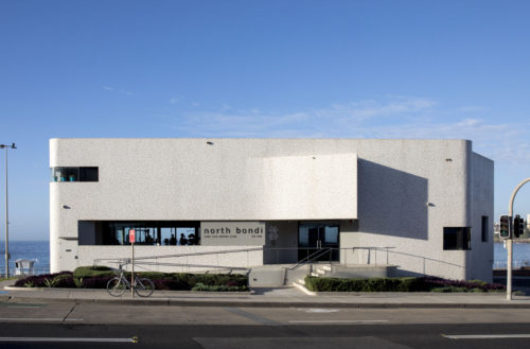